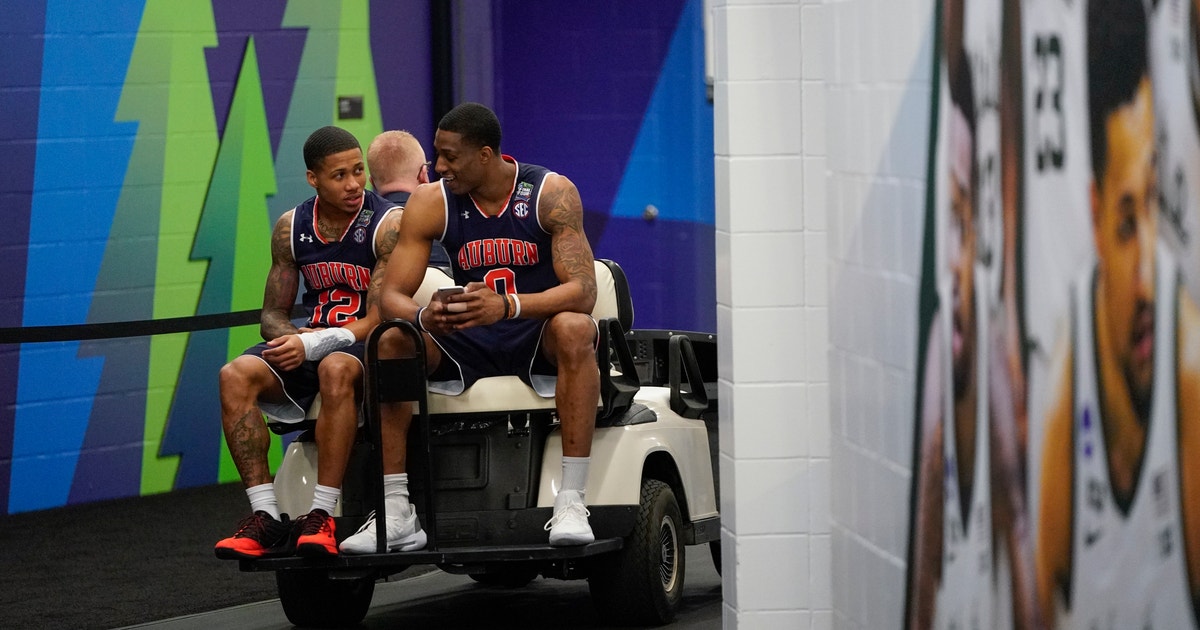 MINNEAPOLIS (AP) — The Latest on the Final Four of the NCAA Tournament (all times local):

Auburn beat the bluest of blue blood programs on the way to the Final Four. The Tigers knocked off Kansas, North Carolina and Kentucky in their last three games. The last team to do that was Arizona in 1997, when the Wildcats won the NCAA title.

The fifth-seeded Tigers have been the lower seeded team in their last three games, embracing their underdog status. Forward Daniel Purifoy said he has had a group of friends letting him know the chances some advanced metrics have been giving Auburn to win throughout the tournament. It was 37% to beat North Carolina, 39% to beat Kentucky and now it’s 7% to win the NCAA championship, Purifoy said.