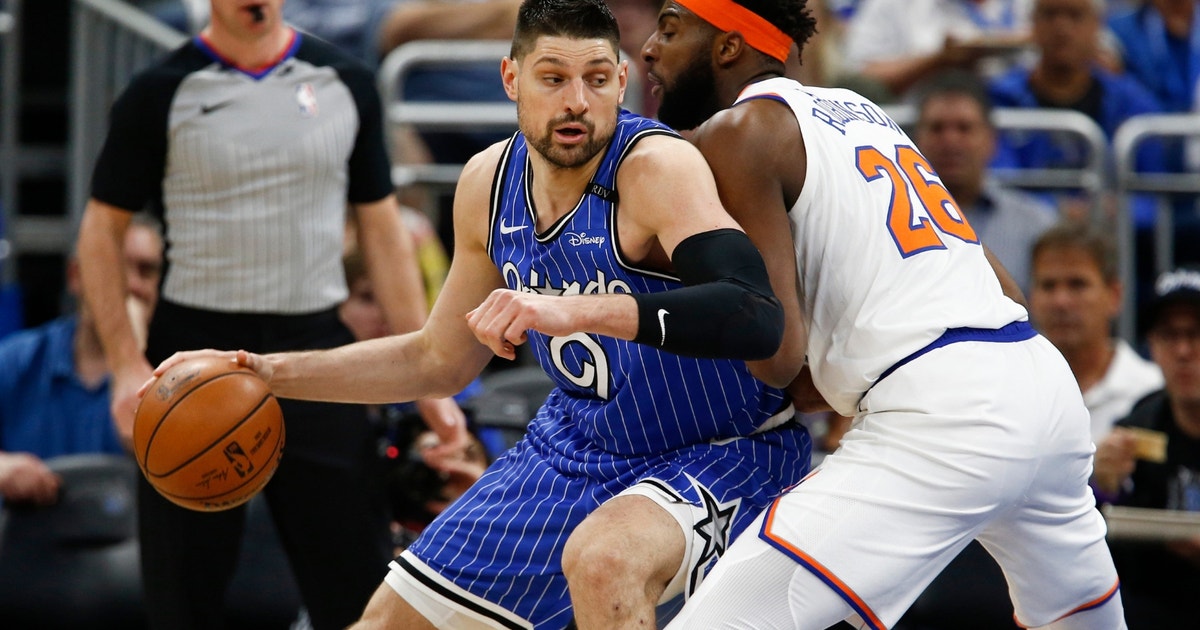 Evan Fournier and Aaron Gordon had 19 points apiece for Orlando, which is chasing Miami for the final spot in the Eastern Conference playoffs.

Mario Hezonja scored 22 of his 29 points in the second half for New York. Kevin Knox scored 21 points and Emmanuel Mudiay had 13 points and 10 assists for the Knicks, who have lost seven of eight.

New York cut a 13-point halftime deficit to two points late in the third quarter, but Ross singlehandedly stopped the rally with three straight 3-pointers that gave Orlando an 85-74 advantage heading into the fourth quarter.

Hezonja helped New York get as close as 93-86 in the fourth quarter, but the Knicks didn’t have enough firepower to sustain the rally.

Orlando used a pair of 3-pointers from Gordon to stop two New York runs, and the Magic needed only one field goal in the final four minutes to comfortably close out the game.

Orlando led 58-45 at halftime, but lacked energy at the defensive end at the start the second half. Hezonja, a first-round pick by Orlando in 2015, scored eight straight points and 12 in the quarter to help the Knicks cut the deficit to 76-74 with 1:23 left in the quarter.

That’s when Ross stepped in and quickly turned things around. He hit three 3s, the last crashing through the net with one-tenth of a second left in the period, giving Orlando an 85-74 lead.

The Magic went right at Knicks center Mitchell Robinson, who had 15 blocks in two games against Orlando earlier this season. Johnson didn’t get a block Wednesday.

Vucevic successfully challenged Robinson in the post and Fournier drove right at him from the perimeter throughout the first half. Vucevic had 17 points and Fourner 16 to help Orlando to a 58-45 advantage.

Knicks: Hezonja replaced Luke Kornet in the starting lineup. Kornet scored 41 points, had 14 rebounds and six blocks as a starter the previous two games. . The Knicks were just 1 for 12 on 3-pointers in the first half. . Mitch Robinson didn’t get a block, stopping his run of consecutive games with a block at 34.

Knicks: At Houston on Friday night.