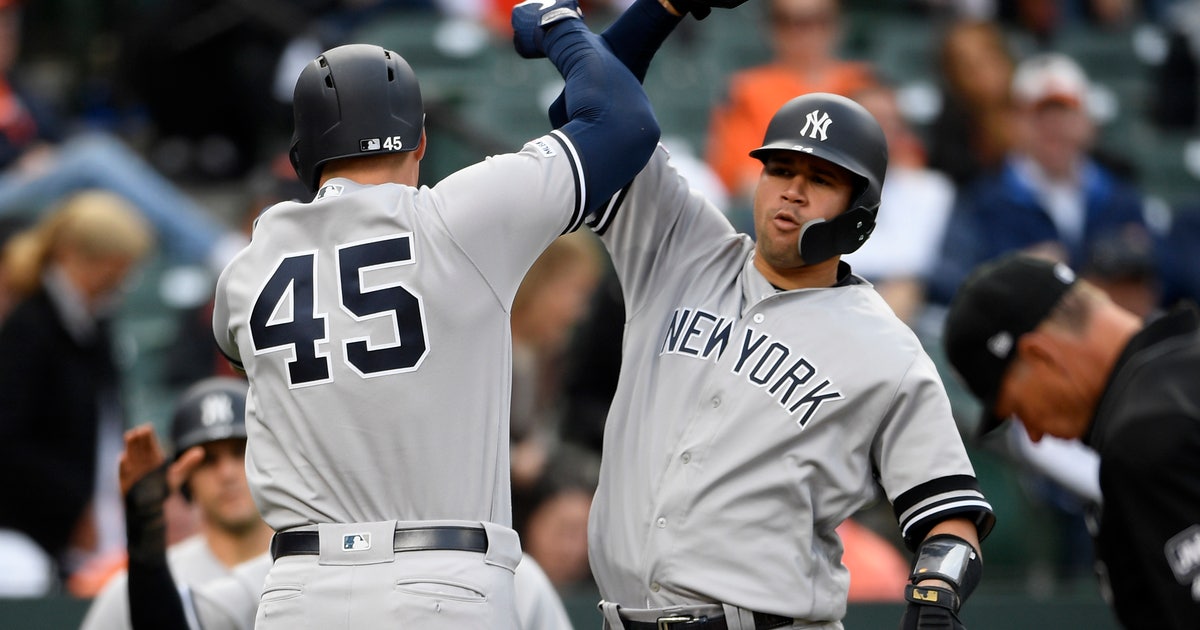 Gary Sanchez and Luke Voit also homered for the Yankees, who beat Baltimore in their own season opener last week.

Torres’ first home run of the season got New York within 3-1 in the third inning, and his three-run drive in the sixth off reliever Mike Wright (0-1) put the Yankees up 5-4. Torres also doubled.

That was enough to take the edge off opening day at Camden Yards and the sellout crowd of 44,182 after the rebuilding Orioles won two of three at both Yankee Stadium and in Toronto.

It was the third career two-homer game for the 22-year-old Torres, who did it twice last year during his rookie season. The second time was in August against Baltimore, when he went deep against Alex Cobb and Wright — just as he did on this occasion. Voit’s three-run drive in the ninth seals New York’s third win in seven games.

James Paxton (1-1) struck out nine and allowed four runs in 5 1/3 innings to win his first game with New York being traded from Seattle in November.

After a lengthy pregame ceremony for a fan base that waited a week for opening day, Jonathan Villar prolonged the feel-good vibe by hitting Paxton’s second pitch over the right field wall. Baltimore then used two walks and a single to load the bases before a balk and a wild pitch made it 3-0.

It was 4-1 when the Yankees rallied in the sixth. Sanchez chased Cobb with a two-out solo shot and Wright gave up successive singles before Torres sent an 0-2 pitch into the left-field seats.

Orioles first baseman Chris Davis has picked up where he left off from last season, and that’s not a good thing.

Davis struck out three times and is 0 for 17 with 11 strikeouts. He went hitless over his final 21 at-bats in 2018 to finish at .168, the worst batting average for a qualifier in major league history.

All this from a player in the fourth season of a seven-year, $161 million contract.

Orioles rookie manager Brandon Hyde was well aware of the opening day tradition in Baltimore of running down the orange carpet from center field for pregame introductions.

It’s a long haul from the bullpen, and Hyde was ready for it.

“Prime Time,” he said. “I’m going to go get a full massage and a full stretch and make sure that I don’t tear my Achilles on the way down.”

Yankees: SS Troy Tulowitzki was placed on the injured list with a strained left calf, the 11th Yankee to go on the IL this season. INF Thairo Estrada was recalled. … RHP Dellin Betances (shoulder) was scheduled to have another bullpen throwing session on Friday before facing live hitters. … OF Aaron Hicks (back) was set to start baseball activities Thursday at the team’s spring training complex in Tampa, Florida.

Orioles: Cobb was activated from the IL before the game.