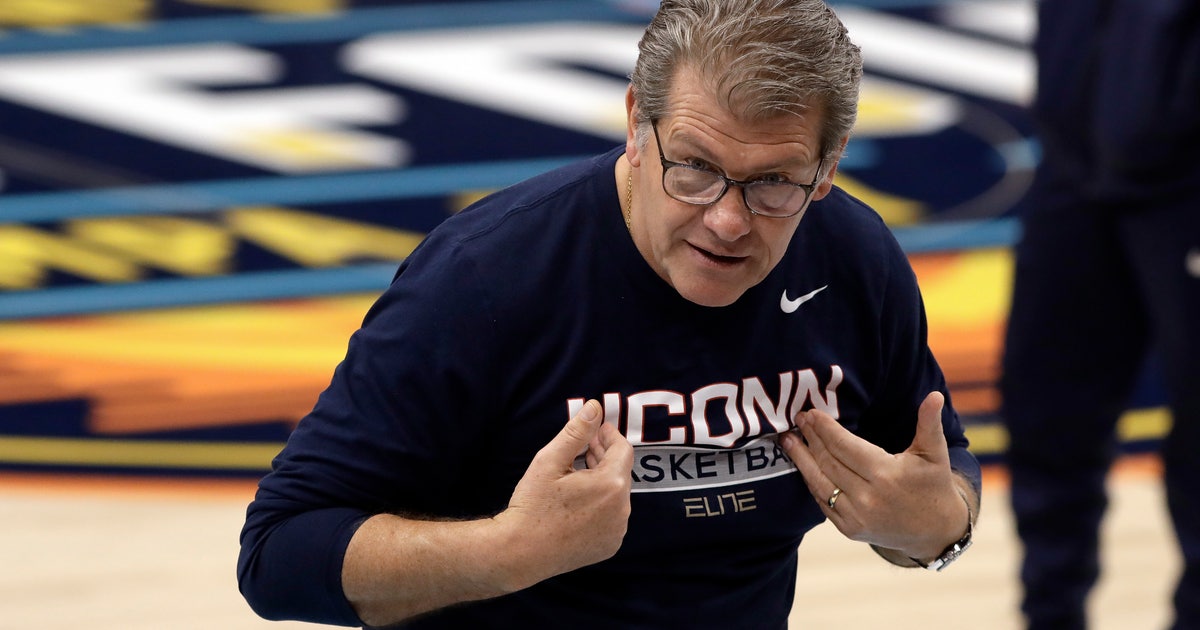 TAMPA, Fla. (AP) — There’s a different vibe around Geno Auriemma and his UConn Huskies at this year’s Final Four. Unlike the previous two years, they don’t have the burden of a record winning streak or an unbeaten season.

One thing is familiar for the Huskies, however: They have to beat rival Notre Dame to reach the championship game.

Heading into their showdown with rival Irish on Friday night, the Huskies have already lost two games this season and don’t have as Auriemma put it “the fear of losing” this year.

“Our players have already experienced something different than they’ve experienced the other couple years,” he said. “Any other team in America, they lose the game, it’s in the newspaper tomorrow, probably on page 4, or can’t find it on dot-com anywhere. We lose a game, it’s at Baylor, it’s on the CBS Evening News. Our kids have experienced that dramatic feeling of, Oh, my God, we lost. … I think there’s this sense coming out here this year, What’s the big deal?”

Auriemma said the experience has made his squad stronger mentally.

“For the first time, I can honestly say in a long time, in the UCLA, second half, and the Louisville game, I was coaching a Connecticut team that wasn’t burdened by afraid to lose and was playing to win,” he said.

Besides the losses, UConn had to rally a few times to pull out victories.

“We’ve had more close games this year than we have in all my years combined,” UConn senior Napheesa Collier said. “Again, that experience really does help you because you’re not in that position for the first time on the biggest stage in the biggest game. We know if we get in those positions, we know what to do in order to bring ourselves out of whatever is going on, to stay calm, kind of just trust in ourselves and know we’ve been here before, there’s no reason to, like, panic.”

Collier and classmate Katie Lou Samuelson have been to the national semifinals in each of their four years at UConn as part of the Huskies’ record 12 consecutive year run to the Final Four. Both players feel a sense of urgency knowing this is their last go-round no matter what happens Friday night.

“It’s kind of unbelievable in some ways because it feels like the UConn jersey is one we’ve been wearing forever. It seems like while you’re playing here, that’s never going to end,” Samuelson said. “You always are going to play another game, have another practice. The fact that it is kind of the end of the road, we just want to go out and give everything we have because we know this could be one of the last few chances we get to wear the UConn jersey.”

The Huskies will have to figure out a way to beat the defending champion Irish. UConn and Notre Dame have played six times in the Final Four or national championship game since 2011. They have split the six meetings with the Irish going 3-1 in the semifinals.

“I think it’s very competitive and intense. I think it is the best rivalry in women’s college basketball,” Notre Dame coach Muffet McGraw said. “I think it’s one the fans and teams all look forward to.”

Baylor will play Oregon in the first game of the Final Four.

Here are some other things to know about the game:

Samuelson and Collier have combined for 4,708 points which is the highest combo for a pair of classmates in school history. … The starting five for Notre Dame has combined to score over 10,070 points that is No. 1 in the history of men’s and women’s basketball. … This is the 50th meeting between the schools and UConn holds a 37-12 lead in the all-time series.

Ogunbowale and the Irish pulled off one of the most unbelievable feats last year, winning the semifinals and championship game on buzzer beaters by the guard. The star guard knows this is a different year.

“Well, I don’t think we can really top last year,” she said. “What happened last year was amazing. We’re here to win, however we have to do it, whatever fashion, we’re just here to win. That’s what we’re focused on.”

Irish forward Brianna Turner missed last year’s championship run because of an ACL tear. She was happy to have the chance to play this year on the biggest stage.

“It was really exciting to see the success of our team last year. But, I mean, my injuries are in the past. I’m really just looking forward. I’m excited for my last weekend of, like, college athletics. I’m really soaking it all in,” Turner said. “We’re all really excited to play tomorrow night.”