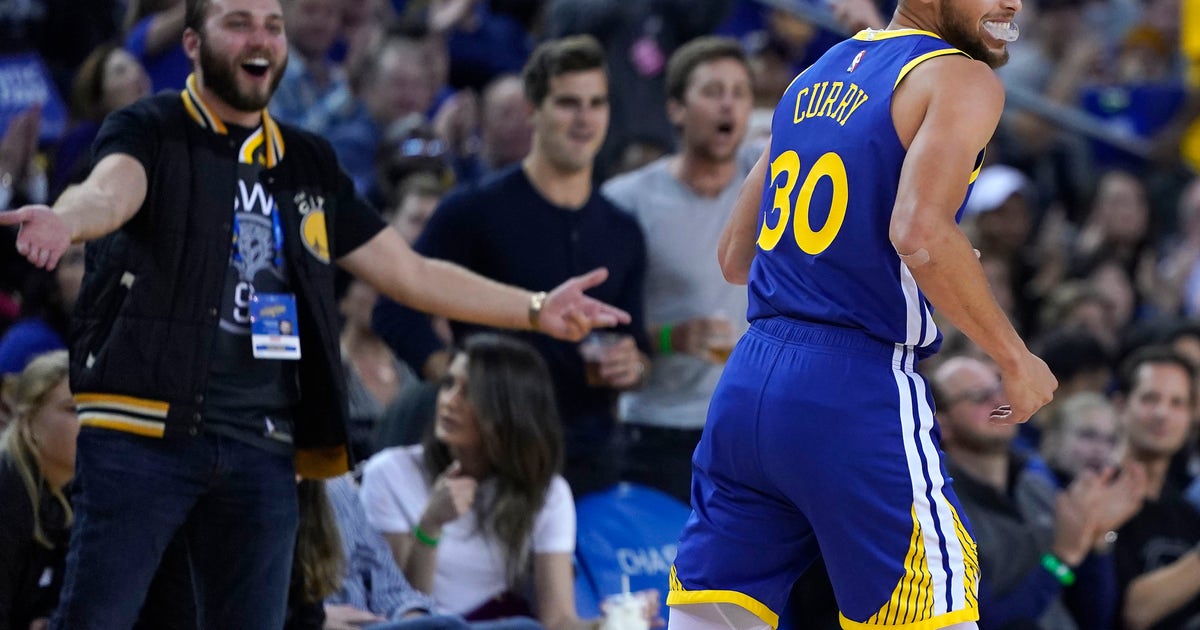 The game had a lot less hype than previous seasons when the Warriors and Cavaliers squared off in four straight NBA Finals. While Golden State is headed back to the postseason for a possible third consecutive championship, Cleveland is limping to the finish with hopes of getting the No. 1 overall pick in the draft.

The Warriors need one more win or a Denver loss to secure the top spot and home court advantage in the West.

Curry is a big reason why Golden State is back on top despite a sometimes tumultuous season. The two-time MVP made 9 of 12 3s and had seven assists in the wire-to-wire win, the Warriors ninth consecutive over the Cavaliers.

Golden State led by 21, then had to hold off a late flurry by Cleveland.

Larry Nance Jr. scored seven points as part of a 12-4 run. Then, Sexton scored on a 3-pointer and reverse layup to pull the Cavs within three point at 115-112.

Curry made his ninth 3-pointer, then added two free throws with 7.4 seconds remaining.

Curry made four 3s in the first quarter and had a four-point play to help Golden State get off to a fast start.

Green presented Nick Young with his championship ring from last season during a ceremony before the game.

Cavaliers: Brandon Knight was called for a technical foul in the third quarter. … Thompson returned to the lineup after getting a day off Thursday in Sacramento. … Matthew Dellavedova remains in concussion protocol.