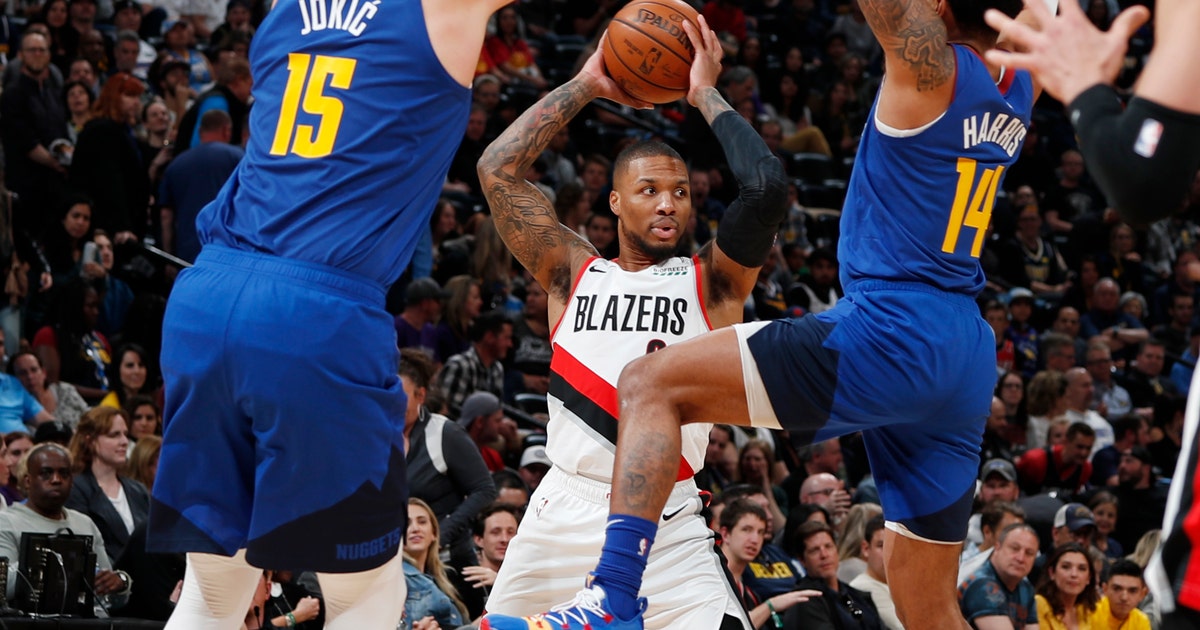 DENVER (AP) — Nikola Jokic scored 10 of his 22 points in the fourth quarter, Paul Millsap finished with 25 points, and the Denver Nuggets clinched the Northwest Division title with a 119-110 win over the Portland Trail Blazers on Friday night.

Jokic added 13 rebounds and nine assists to lead the Nuggets to their first division title in six years. Jamal Murray scored 23 points and Torrey Craig had 18 points and seven rebounds off the bench for Denver.

The Nuggets are assured of at least the No. 3 seed in the Western Conference and can clinch the second seed with two more wins. They lead Houston by 1½ games and have played one fewer game than the Rockets.

Denver clinched its first Northwest Division title since 2012-13, when it won 40 of its final 50 games to finish 57-25. The Nuggets were upset by Golden State in the first round and parted ways with coach George Karl.

Denver missed out on the playoffs by a game the last two seasons and now have a chance to secure the No. 2 seed for the first time since 2008-09. The Nuggets would need to win their last three games and have Golden State lose its final three to be the No. 1 seed.

Enes Kanter had 24 points and Rodney Hood 17 for the Trail Blazers. Damian Lillard scored 12 of his 14 points after halftime.

Portland led by three entering the fourth quarter, but Jokic scored seven quick points and fed Craig for a layup during an 18-6 run that gave Denver the lead for good. The Trail Blazers got within three on Kanter’s short jumper, but Murray hit a runner and Craig scored off of an offensive rebound to make it 114-107 with 1:12 left.

Trail Blazers: G Seth Curry was ruled out before the game with left leg soreness. … Portland is 8-2 without CJ McCollum and 4-2 without Jusuf Nurkic. … Jake Layman’s three 3-pointers were two short of his career best. … Lillard’s first points came on a layup with 0.8 seconds left in the first half.

Nuggets: The 33 home wins are the most since 2012-13 when they set a franchise record with 38. … Jokic now has 55 double-doubles this season. He has 12 triple-doubles, second to Russell Westbrook with 31.

The teams meet again in Portland on Sunday night.