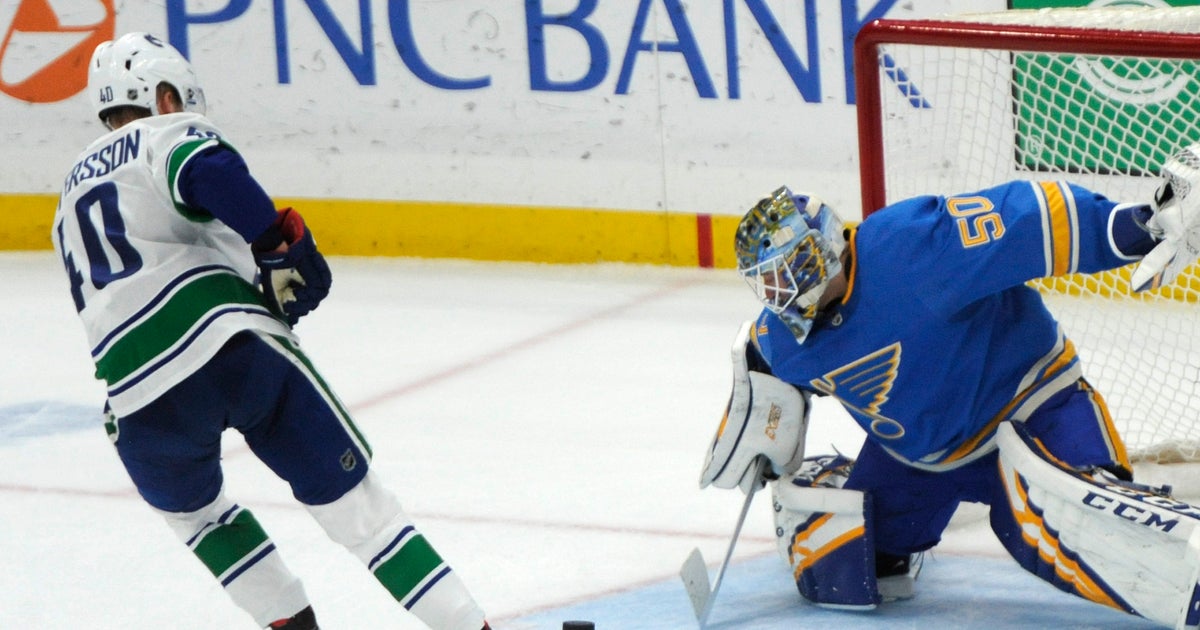 ST. LOUIS (AP) — Jordan Binnington stopped both shots he faced in the shootout, and the St. Louis Blues remained in the hunt for the Central Division title with a 3-2 win over the Vancouver Canucks on Saturday.

The 25-year-old Binnington finished with 23 saves and closed out his breakthrough season with a 24-5-1 record.

Vladimir Tarasenko and Brayden Schenn scored in regulation for the Blues, and Ryan O’Reilly and David Perron converted their attempts in the tiebreaker.

St. Louis (45-28-9) moved into first place in the Central with 99 points, one more than Nashville and Winnipeg. The Predators host the Chicago Blackhawks and the Jets visit Arizona on Saturday night.

Elias Pettersson and Tanner Pearson scored for Vancouver (35-36-11). Pettersson tied the game with a power-play goal with 2:09 left in regulation.

Thatcher Demko made 34 saves for the Canucks, who missed the playoffs for the fourth season in a row.

Vancouver trailed 1-0 before Pearson scored his 18th goal 3:53 into the third. Demko picked up his first assist of the season on the play.

Tarasenko then got his 33rd goal when he drove a wrist shot past Demko with 9:31 left.

Tarasenko also set up Schenn’s 17th goal with a cross-ice pass in the opening period. O’Reilly earned his 48th assist on the opening score and finished his first season with St. Louis with 76 points, the most for the Blues since Pavol Demitra had 93 in the 2002-2003 campaign.

The Blues are 38-19-6 under interim coach Craig Berube, who took over after Mike Yeo was fired in November.

NOTES: St. Louis C Tyler Bozak was involved in a auto accident heading to the game and did not play. … The Blues have earned a point in 10 of their last 13 home games against Vancouver. … St. Louis has outscored its opposition by a league-best 25 goals in the first period. … St. Louis D Colton Parayko missed his second straight game with a mid-body injury.

Blues: Return to postseason after missing out last year.