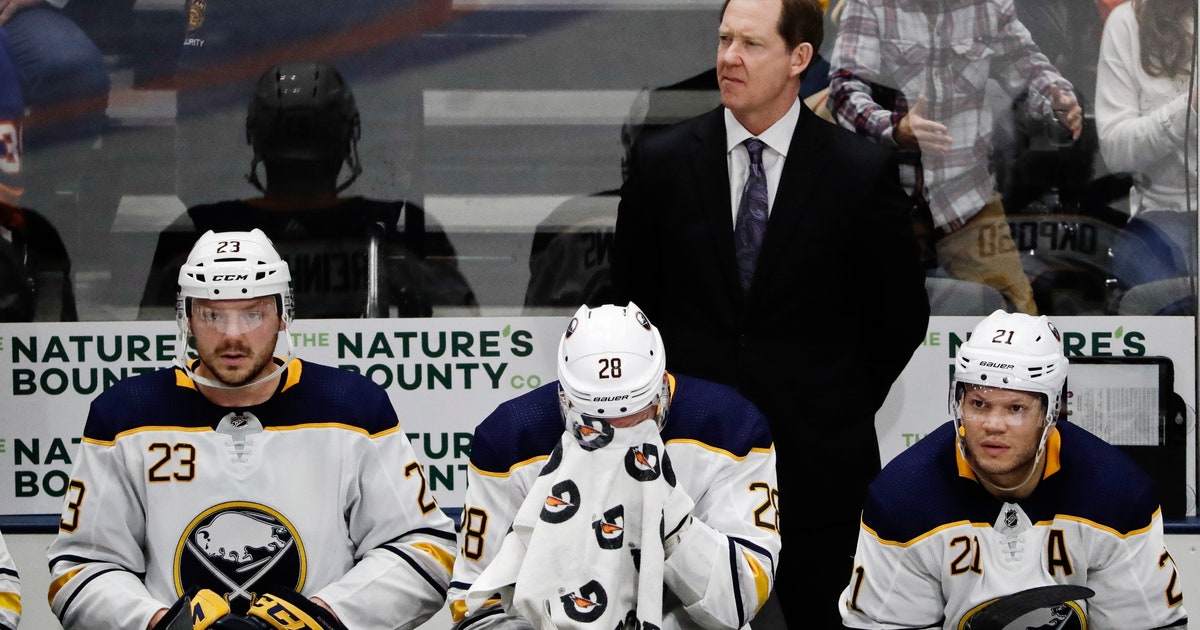 The team made the move a day after the Sabres closed their season with a 7-1 win at Detroit. Buffalo finished 13th in the Eastern Conference standings and joined the 2016-17 Philadelphia Flyers in becoming the second of 50 NHL teams to miss the playoffs in the same season in which they won at least 10 straight games.

The 55-year-old Housley is a Hall of Fame defenseman who spent his first eight NHL seasons playing in Buffalo but failed to restore any semblance of success to a franchise that hasn’t won a playoff round since reaching the East finals in 2007.

Housley’s firing comes after the Sabres endured a lengthy collapse over the final four months of the season.

They went 2-7-1 in their final 10 games and were 16-33-8 since enjoying a franchise-record-matching 10-game winning streak that ended in late November.

Overall, Housley finished with a 58-84-22 record in Buffalo.

He told reporters Saturday that he expected to return next season.

The Sabres’ victory at Detroit ended a 0-12-2 road skid, which matched the second-longest in franchise history. And Buffalo closed the season with back-to-back wins.

But Housley’s fate was essentially sealed during a 0-6-1 skid in early March during which Buffalo was shut out in three consecutive games.

The slump began a little over a week after general manager Jason Botterill backed Housley by saying the team had made progress and added: “There’s not going to be a coaching change.”

Botterill was scheduled to speak to reporters later Sunday.

Now the Sabres are embarking on a search to hire their fifth coach in six years since Lindy Ruff was fired amid the lockout-shortened 2012-13 season.