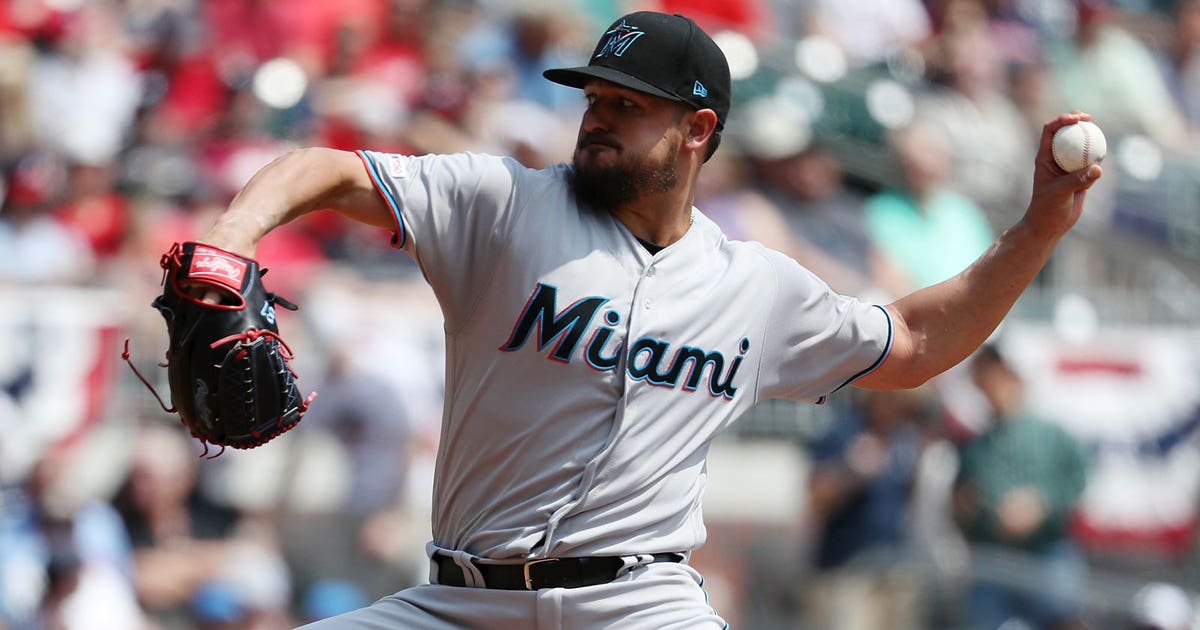 ATLANTA (AP) — Dansby Swanson hit a game-ending single against a five-man infield and the Atlanta Braves, helped by a catcher’s interference call, beat the Miami Marlins 4-3 on Sunday.

Miami’s Curtis Granderson tied it in the top of the ninth with a pinch-hit homer off Arodys Vizcaíno (1-0).

Freddie Freeman led off Atlanta’s ninth win an infield single, the ball glancing off pitcher Adam Conley‘s glove as he tried to snare the grounder behind his back. Ronald Acuña Jr. followed with an apparent double-play grounder, but home plate umpire Will Little immediately called catcher’s interference on Chad Wallach.

Swanson lined the game-winning single to left field. Swanson homered earlier in the day, too.

Freeman hit a two-run homer off Caleb Smith in the first inning.

Sean Newcomb gave up two runs in seven innings in a possibly important start to protect his place in Atlanta’s rotation. The left-hander overcame second-inning control problems to allow only four hits.

Ozzie Albies led off the Atlanta first with a single and scored on Freeman’s first homer.

Newcomb gave up his only two walks in the second, including a bases-loaded pass to Miguel Rojas. Smith’s single off Newcomb’s glove drove in Starlin Castro, who doubled.

The Braves, who were 14-5 against Miami last season, won two of three in the series.

Braves catcher Alex Jackson, recalled from Triple-A Gwinnett before the game, was 0 for 3 in his major league debut.

Marlins: RHP Sergio Romo was available after being hit by a line drive on the bottom of his left hand Saturday night.

Braves: C Brian McCann was placed on the 10-day IL with a right hamstring strain. The catcher position became a concern when McCann’s replacement Saturday night, Tyler Flowers, was hit by a pitch on his right hand. X-rays were negative Saturday night, but there was ongoing concern and Flowers was scheduled for further tests Sunday.

Marlins: Following an off day on Monday, Miami opens a three-game series at Cincinnati on Tuesday night when RHP Jose Urena (0-2, 10.38) tries to bounce back from two losses to open the season. Urena was 4-0 with a 2.23 ERA in his final six road starts of 2018.

Braves: RHP Julio Teheran, who has a 2.96 ERA in four career starts at Coors Field, will start when the Braves open a three-game series at Colorado on Monday night.