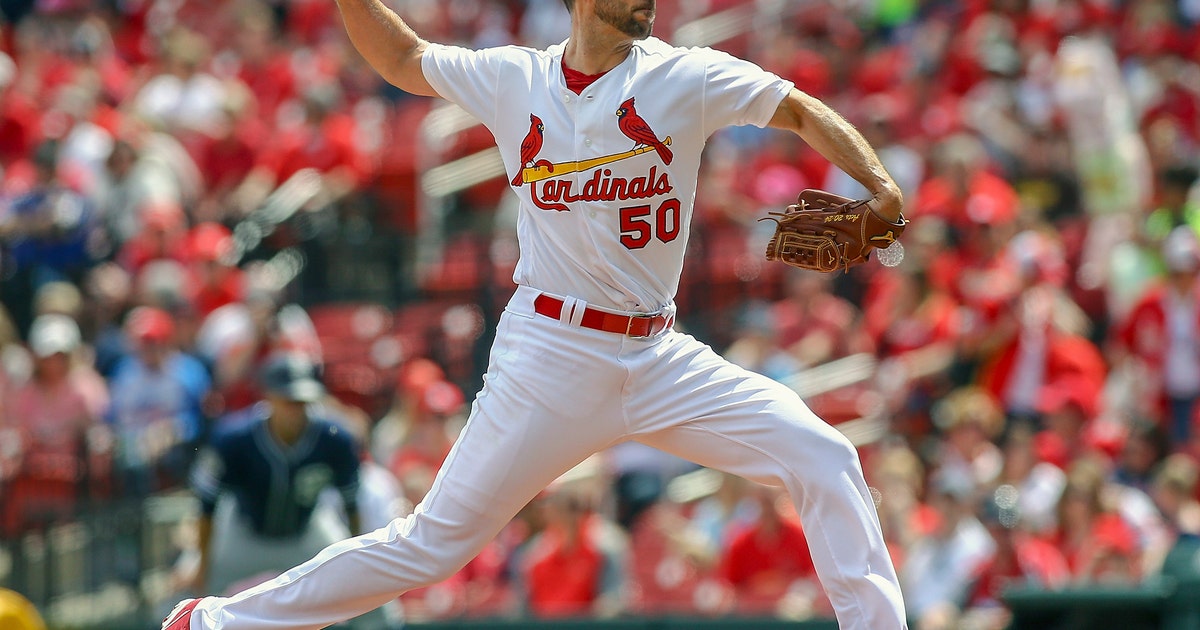 The Padres hadn’t swept a series in St. Louis since 1980, and Wainwright (1-0) prevented it from happening this time at Busch Stadium.

The 37-year-old Wainwright gave up one run and five hits. He struck out nine and didn’t issue a walk while throwing 100 pitches.

The longtime star of the St. Louis rotation was injured for most of last season, going just 2-4 in eight starts. He struggled in his first outing this year, giving up four runs on four hits and four walks in four innings at Pittsburgh.

Eric Hosmer had an RBI single in the third for the Padres, who had won three in a row. San Diego’s other four hits off Wainwright were doubles.

Jordan Hicks recorded four outs for his first save in two chances. He struck out Manny Machado with a runner on to end the eighth.

Paul DeJong drove in a pair of runs with a fourth-inning double off Matt Strahm (0-2). Matt Carpenter walked and Paul Goldschmidt reached when left fielder Hunter Renfroe lost the ball in the sun. Renfroe was given an error on the play.

Carpenter added a run-scoring sacrifice fly in the seventh. Kolten Wong and Jose Martinez began the inning with back-to-back singles.

Wong pushed the lead to 4-1 with an infield single in the eighth. It brought in Yadier Molina, who led off the inning with single, his third hit of the game.

St. Louis center fielder Harrison Bader made a pair of running catches and also threw out Renfroe at third on a fly ball to end the third.

YADI ON THE RISE

Molina moved into seventh place on the Cardinals all-time hit list with 1,857. He passed Ken Boyer, who had 1,855.

St. Louis RHP Alex Reyes and INF Yairo Munoz were sent to Triple-A Memphis prior to the game. LHP Tyler Webb and RHP Giovanny Gallegos were recalled and in uniform.

Padres: OF Franchy Cordero was held out of the lineup due to a sore right elbow. He left Saturday’s game in the fifth inning.

Padres: LHP Eric Lauer (1-1, 3.27) will face LHP Madison Bumgarner (0-2, 1.38) in the first of a three game series in San Francisco on Monday. Lauer tossed six shutout innings on opening day in a 2-0 win over the Giants.