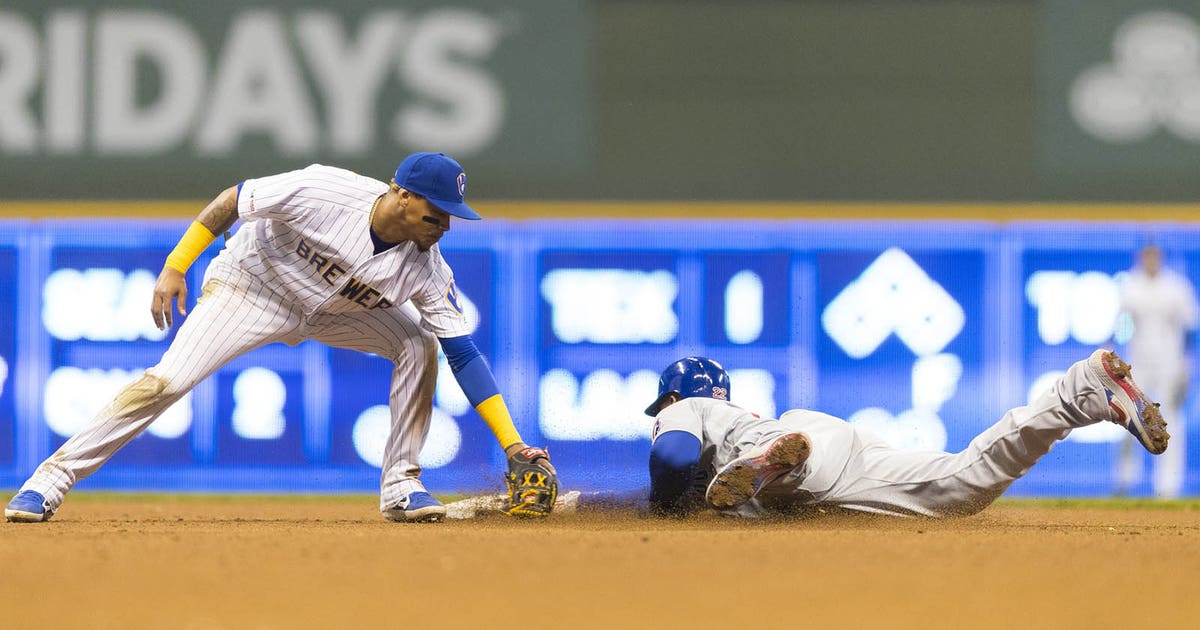 Heyward hit the first of three Chicago homers against starter Corbin Burnes, with Javier Baez and Victor Caratini also going yard. Heyward added his second shot off Alex Wilson during a seven-run eighth inning. His last multihomer game was on Aug. 16, 2015 for St. Louis against Miami, a season before he signed a $184 million, eight-year contract with Chicago.

Hamels (1-0) labored early, throwing 51 pitches over the first two innings, but he mostly cruised through the next four innings, retiring 12 of his final 14 batters. He limited the damage early, stranding two by striking out Christian Yelich to end the second. He also got Lorenzo Cain to chase a changeup that would have been ball four with two on and two out in the fourth.

Chicago improved to 2-6 with its first win since opening day. The front office revamped a struggling bullpen earlier Saturday, demoting right-hander Carl Edwards Jr. to Triple-A and putting lefty Mike Montgomery on the 10-day injured list. Kyle Ryan and Allen Webster were called up to replace them but didn’t fare much better. Ryan allowed two baserunners while getting two outs to start the seventh, and Webster followed and allowed a three-run homer to Ryan Braun.

Burnes (0-1) struck out six but gave up six hits and three walks. In two starts this season — his first in a big league rotation — Burnes has allowed six home runs over 10 innings.

Cubs: Montgomery has a strained left lat muscle. After missing most of spring training with shoulder soreness, Montgomery made four appearances this season, posting a 16.88 ERA in 2 2/3 innings of work.

Brewers: RHP Jeremy Jeffress could be back with the Brewers sometime during their next homestand. Jeffress has been sidelined with shoulder soreness since his first and only spring training outing but felt good after allowing two runs over 1 1/3 innings for Triple-A San Antonio on Friday night.