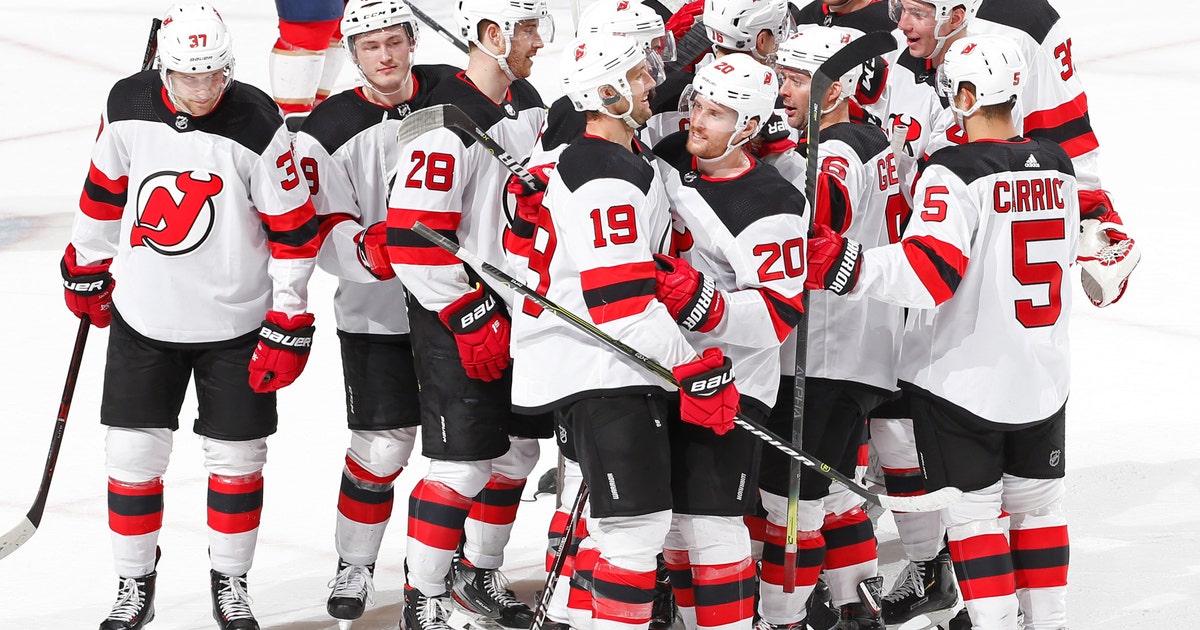 NEWARK, N.J. (AP) — NHL MVP Taylor Hall missed the second half of the New Jersey Devils‘ disappointing season because doctors couldn’t determine the cause of the pain in his left knee.

Speaking with the media for the first time since mid-December, Hall said Monday there was no incident that led to the injury. The 27-year-old rested his knee during games on Dec. 14-15, returned to play four games and took the Christmas break off, hoping to return shortly after that.

It never happened. His last game was against Columbus on Dec. 23. His season lasted 33 games, during which he had 11 goals and 26 assists.

It was one of the major reasons the Devils finished with a 31-41-10 record only a year after Hall’s stellar play (39 goals, 54 assists) got them to the playoffs for the first time since reaching the Stanley Cup Final in 2012.

“If something could go wrong this year, it went wrong and that’s the way of life, I guess,” Hall said after meeting with coach John Hynes and general manager Ray Shero in exit interviews. “Definitely looking forward to coming back next year and having a great appreciation of how much fun it is to be healthy and playing every day.”

Hall said he had three MRIs shortly after feeling the pain in his knee and all were inconclusive. He went into rehabilitation, hoping to strengthen the knee, but it never got better. It also didn’t get worse. He had his knee examined by outside specialists with the same result.

After exhausting his rehab options, he had arthroscopic surgery in late February. Surgeons found loose fragments in his knee.

Hall has wondered why the fragments were not detected by the MRIs.

“You have to treat the patient always and throughout the process we always felt surgery would be the last option,” Hall said. “You always want to exhaust every nonsurgical option and that’s what we did. The unfortunate part is it took a long time and it cost me my season. But I would do it again just to try to avoid surgery. Maybe in 50 years they’ll have something that could go into your knee without being evasive and see exactly what is going on.”

Hall said his current rehabilitation is on schedule and he envisions being ready for next season, which will be the final year of his contract.

During his exit interview, Hall spoke with Shero briefly about getting together in the summer for early talks.

However, he also knows what the Devils need and he let Shero know.

“I think our team, we have the culture and character in our locker room,” Hall said. “At this point in time, in my opinion, we lack some talent in positions. So that’s going to be something that a lot of us are looking to upgrade whether it’s the players on our team getting better and improving or on the outside but certainly when you finish 30th, you’re lacking some skill and lacking some talent.”

Shero agrees the Devils need more talent up and down the roster, but he said the organization will not stray from its plan on how to build the team.

New Jersey has 10 draft picks and it has the third-best chance of winning the NHL lottery on Tuesday night.

Shero, who was given a new multiyear contract on Monday, said he would be willing to sign free agents but they have to fit the mold.

Hall said he has enjoyed his first three years in New Jersey, but at this point in his career he also wants to win. He played in only five postseason games in nine seasons.

“There is only so much patience you can have in this age,” he said. “At this point in time, the league is getting younger and younger and Father Time is undefeated, and you only have so many years left in this league for me to be done halfway with my career, and to only have played five playoffs games, it’s disappointing. You want to try to make up for that. It’s a huge part of it, but you want to be cognizant of the process and not going chasing after the wrong situation.”

The Devils’ biggest problem this season was defense. They scored 222 goals and allowed 275. They also struggled on the road, posting an 11-27-3 mark.