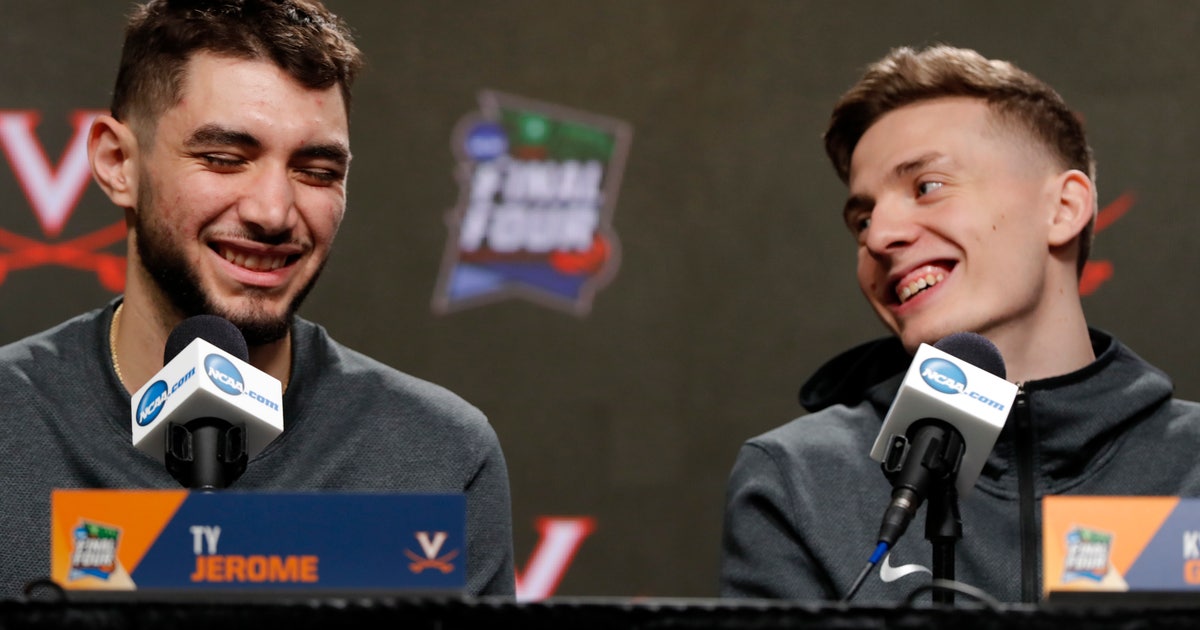 MINNEAPOLIS (AP) — Virginia’s Kyle Guy felt the nerves tingling in his stomach as he stepped to the foul line for three of the most pressure-charged free throws in recent Final Four history.

He felt “terrified” with more than 70,000 people staring at his every movement — understandable for a player who has been open about his battles with anxiety.

And that, more than anything, is why Guy is thriving in this moment with the Cavaliers a win away from the program’s first national championship.

“Confidence can come to you from family, from past experiences, from wanting something, a goal, from your teammates,” Guy said Sunday. “I try to relish all of that. I get as much confidence as I can from everyone and try to squeeze every ounce of it I can.”

Guy hit all three of those free throws with 0.6 seconds left to help Virginia beat Auburn 63-62 in Saturday’s stunning finish. He had also hit a huge corner 3-pointer only moments before, all of which dragged Cavs back from the brink of another crushing jolt of tournament heartbreak.

Now Virginia is set to play Texas Tech on Monday night. And its leading scorer (15.2 points) is eager for another big moment that might have been almost too much for him to handle a year earlier.

It was then, in the weeks following top-seeded Virginia’s unprecedented first-round loss to 16-seed UMBC, that the 6-foot-2 junior from Indianapolis posted an open letter to himself on social networks. It was a confessional catharsis to process everything that happened, including death threats following an embarrassing loss that he said left him sitting in the shower to sob after the game.

He also noted then that he had been taking medication for anxiety attacks he had battled all season, something he worried that revealing would make him sound weak, that “people might think you aren’t built for this.”

“The best thing I could do for Kyle is I pray for him a lot. I do, and I’m there for him,” Virginia coach Tony Bennett said.

“We have a saying: be kind because everyone you meet is facing a hard battle. Some things you have to work through with yourself and (with) the right kind of help, and he’s very honest about it.”

That’s why Guy was ready for those free throws Saturday night.

“I think all of my life has led to this, kind of everything I’ve been through made it a lot easier to hone in and try to knock down the free throws,” he said.

“I said I was terrified, it was a good terrified though. A good nervousness in my stomach, like, ‘All right, this is my chance’ type thing.”