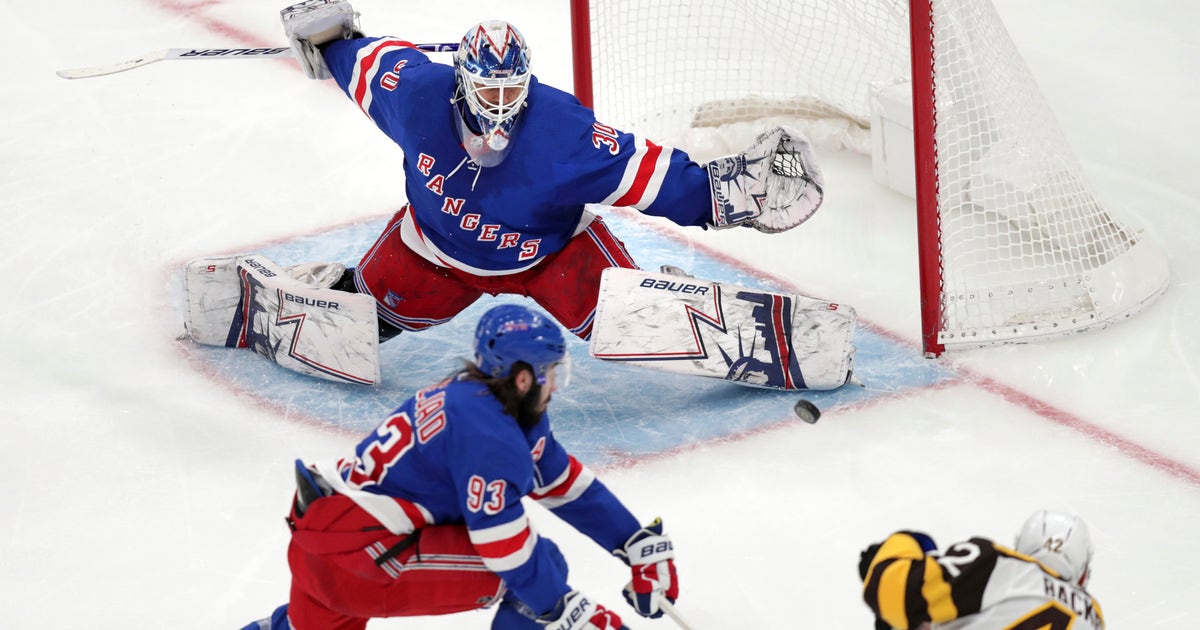 Henrik Lundqvist liked how he started the season. The 37-year-old New York Rangers goalie wasn’t so pleased with how he played toward the end.

He was 15-12-7 with a 3.19 goals-against average during the first half while earning his fifth All-Star appearance. After that, however, he had just three wins in 17 starts to finish with fewer than 24 wins for the first time in his career.

“It was more challenging than I expected it to be and that’s something I have to learn from obviously,” Lundqvist said Sunday at the team’s practice facility in Greenburgh, New York. “There were so many games I felt good, but where we are right now, good is not going to be enough. You need to play great to win.”

“I think of how good he was in the beginning of the year and he was an All-Star,” general manager Jeff Gorton said. “It didn’t go well for our team from the trade deadline on and he’s no different than any player. … The guy is still a great goalie.”

There were a lot of ups and downs for the Rangers in the first full season of a makeover that began at the previous year’s trade deadline. They finished 32-36-14 in the first season under coach David Quinn, getting just five wins in their last 21 games (5-10-6) after stars Mats Zuccarello and Kevin Hayes were dealt at this year’s deadline.

New York finished seventh in the eight-team Metropolitan Division, 20 points out of the last wild card in the Eastern Conference.

“We all understood the situation we’re in, but that doesn’t mean we don’t think we couldn’t have had a better season,” Quinn said. “For the most part, these guys were very coachable, tried to do everything we asked them to do.”

There were some bright spots as Mika Zibanejad had career highs of 30 goals and 44 assists, Chris Kreider (28 goals, 24 assists) tied his career high in goals, and Pavel Buchnevich (21 goals, 17 assists) had a breakout season. Also, Ryan Strome finished with 18 goals and 15 assists in 63 games since being acquired from Edmonton.

“We were consistently hard-working,” Kreider said. “Everyone took great strides as individuals. Now it’s just building on that and not looking back.”

Gorton was also pleased overall with what he saw from his rebuilding team.

“You saw a team that competed really hard every night,” he said. “I think that’ll bode well as we go forward.”

Some other things to know as the Rangers head into the offseason:

While Lundqvist struggled, young backup Alexandar Georgiev took advantage of a boost in playing time. The Bulgarian-born 23-year-old was 14-13-4 with a 2.91 GAA and two shutouts in 32 games. He was 8-4-4 with a 2.58 GAA over 16 starts after the All-Star break and could push Lundqvist for more playing time next season.

Also, Russian goalie Igor Shestyorkin, selected by the Rangers in the fourth round of the 2014 NHL Draft, could join the franchise this summer after finishing his last season with the KHL’s SKA Saint Petersburg. He has gone 71-12-10 with a 1.49 GAA the last three seasons with Saint Petersburg.

Lias Andersson and Filip Chytil, the team’s first-round selections in the 2017 draft showed some flashes as they adjust to the NHL.

Chytil, 19, finished with 11 goals and 12 assists in his first full season while moving from center to left wing, though he had just a goal and three assists in his last 23 games. The 20-year-old Andersson had two goals and four assists in 42 games.

The Rangers could choose to hasten their rebuild with some moves in free agency, with Columbus’ Artemi Panarin and San Jose’s Erik Karlsson possible targets.

New York also has decisions to make with some of their own players, with Buchnevich leading the list of restricted free agents. Brendan Lemieux showed flashes after coming over from Winnipeg in the Hayes deal, and Vinni Lettieri, and defensemen Neal Pionk and Tony DeAngelo are also on the list. Also, Kreider, Vladislav Namestnikov, Jimmy Vesey and Jesper Fast will be unrestricted free agents after next season.

WATCH THE DRAFT BOARD

Unless they win the draft lottery, the Rangers aren’t going to get Jack Hughes. However, other strong centers that could be available include Dylan Cozens, Kirby Dach