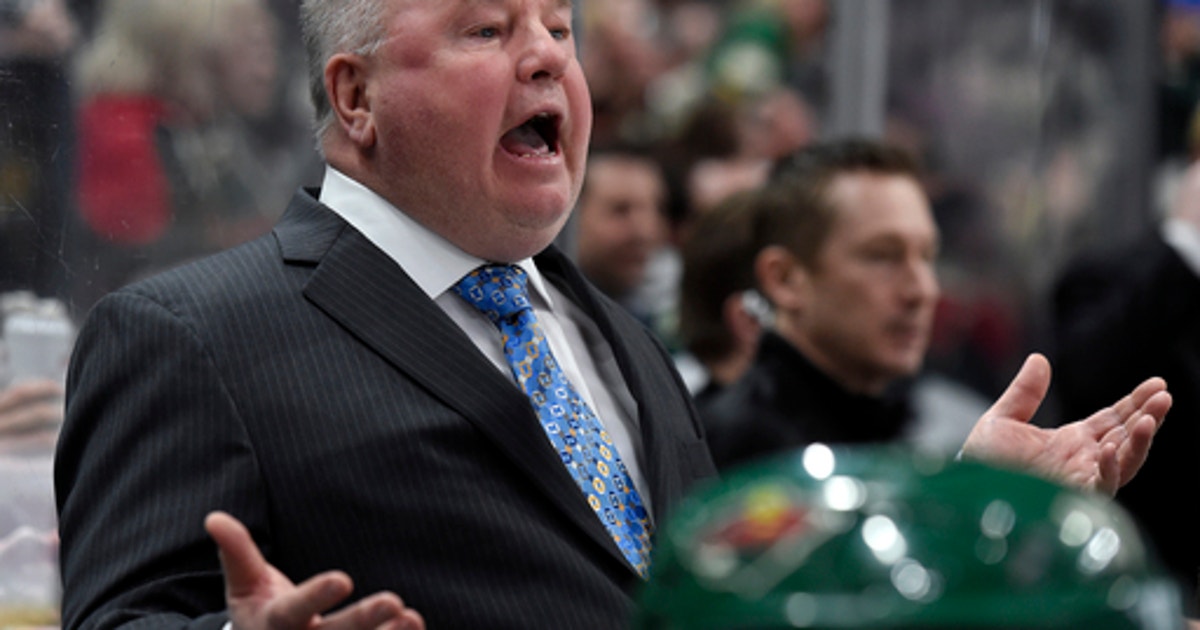 As the Minnesota Wild crawled to the end of this fruitless season, there was no more fitting way to finish.

The consecutive shutouts by Boston and Dallas gave the Wild a total of 11 games without a goal in 2018-19, pushing them to 27th in the NHL in scoring out of 31 teams. Their 210 goals were more than 100 fewer than league leader Tampa Bay, 40 fewer than they had in 2017-18 and their lowest total in five years.

“If it’s not addressed, then we have problems,” said left wing Jason Zucker, who dipped from a career-high 33 goals to 21.

General manager Paul Fenton has already been busy, trading away mainstay forwards Nino Niederreiter, Charlie Coyle and Mikael Granlund before the deadline. The Wild stayed in the thick of the Western Conference wild-card race well after those moves, but the lack of punch caught up to them down the stretch as they were eliminated in the final week to stop their streak at six straight appearances in the playoffs.

“It’s a disappointing moment in your season when you put in eight months and then it comes to an end, especially like it did the last two games not scoring a goal,” coach Bruce Boudreau said. “It’s pretty depressing.”

The Wild finished in last place in the Central Division with 83 points, pushing Boudreau onto less-than-comfortable ground regarding his future with the club. Then again, simply keeping the Wild in contention in his third year on the bench was an admirable coaching job in and of itself.

The strength of this team, scoring production from the blue line , was sapped when defenseman Matt Dumba suffered a season-ending rupture of the pectoral muscle near his right shoulder from an ill-fated fight against Calgary. Then captain Mikko Koivu went down with a torn ACL and meniscus in his right knee less than two months later, robbing the Wild of their best defensive forward, faceoff-winning center and hard-nosed leader.

Niederreiter, Coyle and Granlund were all underperforming before they were dealt, but their departures forced the lineup into even more flux. Though newcomer Ryan Donato (acquired from Boston for Coyle) and top prospects Joel Eriksson Ek, Jordan Greenway and Luke Kunin all had their share of success down the stretch, the natural growing pains were evident, too.

Here are some key developments from 2018-19 that will remain relevant for the Wild in the coming year:

OUT OF SYNC: Boudreau missed the playoffs for only the second time in 13 seasons as an NHL coach. Save for one five-game winning streak in late February, though, the Wild failed to generate that buzz of a team with a viable chance at playing past mid-April.

“There was never a prolonged time where everything was good at the same time,” Boudreau said.

“Just energy-wise, I feel like for some reason on the road maybe we’re just a bit simpler and had more jump,” defenseman Jared Spurgeon said.

SPURGE’S SURGE: Suter recovered remarkably from the broken ankle he suffered right before the 2018 playoffs , skating in all 82 games and totaling 47 points, the third-most of his 14-year career. Spurgeon was an even bigger success story, finishing fifth on the team with 14 goals on the way to a career-high 43 points.

PARISE DOES IT: Left wing Zach Parise led the Wild with 28 goals and 61 points, a sure sign he was on track after a back injury hampered him over the bulk of the three previous years. Parise played in 74 games, his highest total since playing 74 in 2014-15.

NEW PLAN: The core of the blueprint for the future has now become Donato, Eriksson Ek, Greenway, Kunin and Kevin Fiala (acquired from Nashville for Granlund), all of whom were 21 or 22 when the season ended. Donato had 16 points in 22 games.

“I just want to get stronger,” Donato said, “and hopefully it’ll lead to winning more battles and getting more opportunities to score.”