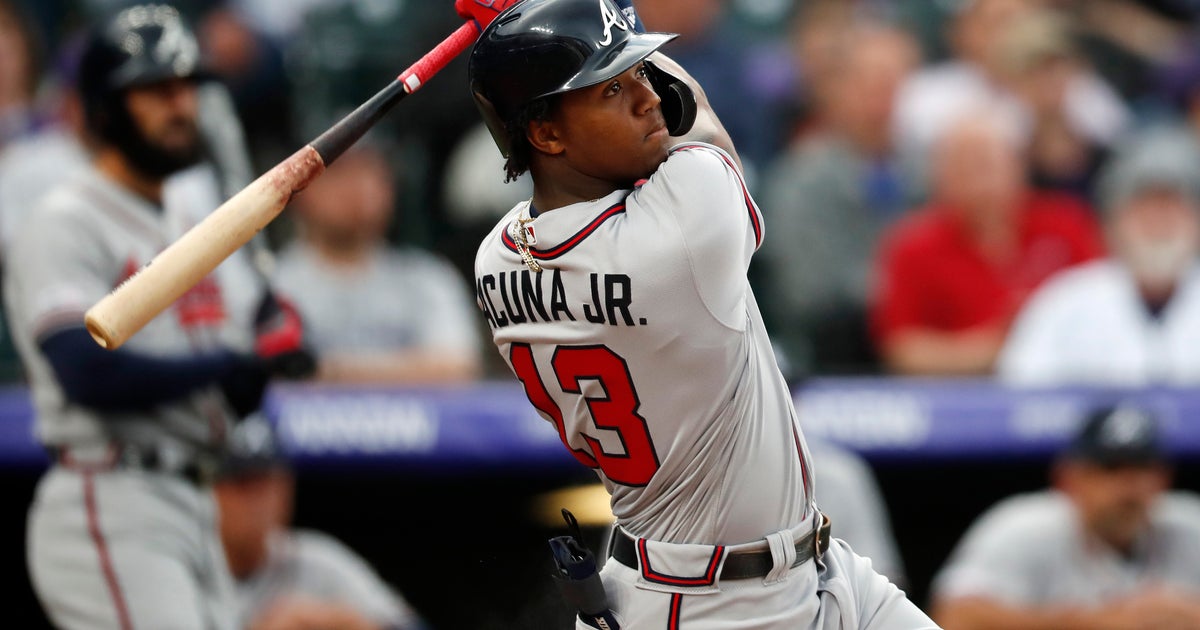 DENVER (AP) — Ronald Acuna Jr. homered, Dansby Swanson drove in three runs and the Atlanta Braves hung on to beat the Colorado Rockies 8-6 Monday night for their first road win of the season.

Nick Markakis added three hits and two RBIs for the Braves, swept in their season-opening trip to Philadelphia.

Julio Teheran (1-1) allowed six runs and five hits — all in his final inning, the fifth. He withstood Colorado’s biggest inning of the season and benefited from a Braves bullpen that combined for four scoreless frames. A.J. Minter got three outs for his first save.

Pinch-hitter Mark Reynolds and Trevor Story homered for the Rockies, who have lost eight of nine.

Kyle Freeland (1-2) gave up seven runs and seven hits in five innings for his first loss at Coors Field since June 10 against Arizona.

Teheran was staked to a 7-0 lead and held the Rockies hitless until Josh Fuentes singled to center field to start the fifth.

Fuentes, a rookie infielder making his first major league start, scored on a sacrifice fly by Garrett Hampson. Reynolds, batting for Freeland, drove the first pitch he saw into the left field bleachers. Charlie Blackmon walked and Nolan Arenado singled ahead of Story’s towering home run that landed among the evergreens beyond the center field fence.

Acuna got the Braves on the board in the first, driving a 2-1 pitch from Freeland into the second deck above the Rockies’ bullpen in right-center. Acuna’s third home run of the season also scored Josh Donaldson, aboard on a walk.

Acuna was hit by a pitch his next time up in the third to load the bases and Markakis lined a single to center, driving in two runs to make it 4-0.

Atlanta added three more in the fifth, including Swanson’s two-run triple. Swanson came home on a wild pitch by Freeland that bounced away from catcher Chris Iannetta.

Braves: Atlanta is on the mend at catcher. Backup C Tyler Flowers could be back as soon as Tuesday after missing the last two games due to a bruised right hand. “We’ll wait and see how he feels when he gets here (Tuesday morning),” manager Brian Snitker said. “If he needs another day or two, so be it, we’ll give it to him. If he’s ready to go, we’ll get him out there.” Flowers was hit by a fastball Saturday against Miami. C Brian McCann strained his right hamstring earlier in that game and was placed on the 10-day injured list. C Alex Jackson was recalled from Triple-A Gwinnett to fill McCann’s roster spot. … RHP Mike Foltynewicz is set to make a rehab start Tuesday for Gwinnett. Snitker said Foltynewicz, on the 10-day injured list because of a bone spur in his right elbow, will be limited to 75-80 pitches.

Rockies: LF David Dahl was held out of the lineup after leaving Sunday’s game following his initial at-bat. He apparently tweaked his right side on a swing.