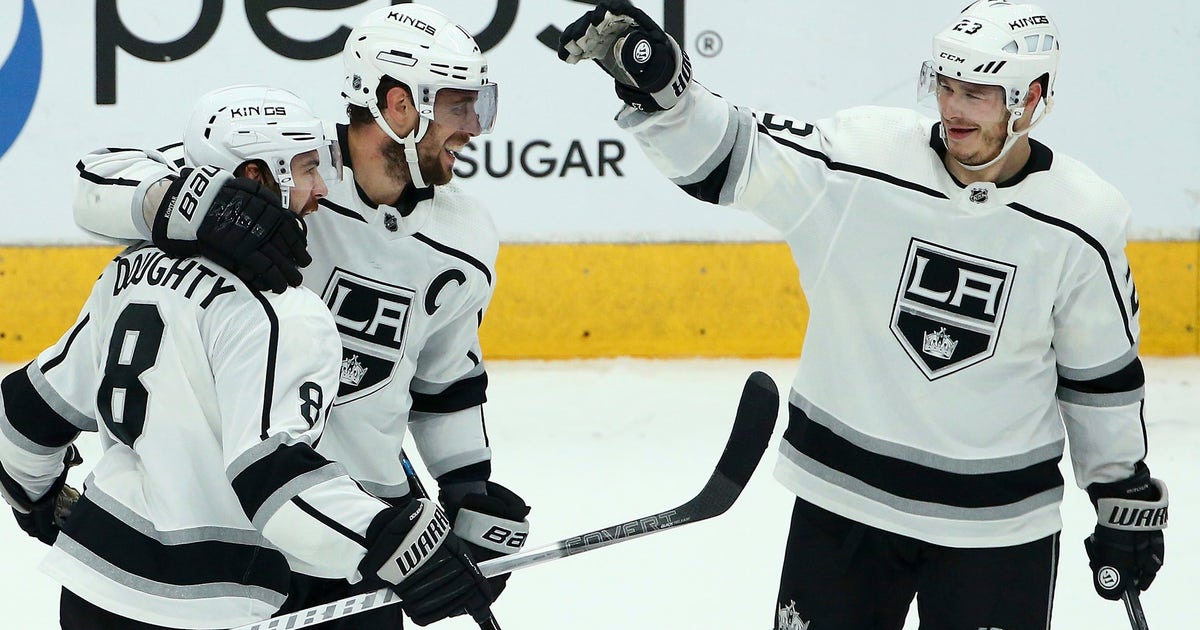 EL SEGUNDO, Calif. (AP) — Drew Doughty is happy that one of the worst seasons in Los Angeles Kings history is over but the frustrations are going to linger for a long time.

“I guess a little bit of weight is lifted off my chest,” the defenseman said Monday as players went through end-of-season physicals and meetings. “I’m still (ticked) off I’m going to have to watch playoff hockey without us in it. This season’s never going to be erased from my mind no matter how hard I try. It was a terrible season.”

The Kings won just two of their first 10 games and were never able to find consistency. They finished with the second-worst record in the NHL and were last in the Western Conference with 71 points. It was Los Angeles’ lowest point total since 2007-08, when the Kings also finished with 71 points and tied Tampa Bay for the NHL’s worst mark.

Los Angeles was eliminated by Vegas in the first round of the playoffs last season and made few changes to the roster. That won’t be the case this offseason for a franchise that has not made the playoffs two of the past three years and hasn’t been beyond the first round since winning the Stanley Cup in 2014.

The first task for general manager Rob Blake will be finding a fourth coach in four seasons. John Stevens — who replaced Darryl Sutter after he led the franchise to two Stanley Cups in six years — lasted only 13 games into his second season and Willie Desjardins was brought in to finish the year as the interim coach.

Coaching changes usually provide some spark for a team but that never happened as the Kings dropped six of their first nine with Desjardins in charge.

“I put Willie in a tough spot,” Blake said. “He came in on a team that I wasn’t sure was ready to buy into playing hard enough to win again. . I take 100 percent responsibility for that. That’s on me. I didn’t do a good enough job.”

Blake said he is looking for a coach with NHL experience along with someone who has an established structure, can teach a style of play that the players will buy into and can also hold people accountable.

Former San Jose and Edmonton coach Todd McLellan has emerged as one of the contenders. Blake knows McLellan well from when he played for the Sharks.

The new coach will inherit a roster that is the oldest in the league. The Kings had an average age of 29.9 and a league-high eight players who are 30 and older. However, they will have three of the first 35 picks in the draft. The Kings have a 13.5% chance of landing the top overall pick when the draft lottery is held Tuesday in Toronto.

The new coach will also need to find a way to revive a team that has been offensively challenged the past couple seasons. The Kings scored the second-fewest goals in the league (199), tied for third-fewest even-strength goals (141) and had the fifth-worst power play (15.5. It also ranked 29 out of 31 teams in penalty killing (76.5%).

The Kings had only four skaters score 16 goals or more. Ilya Kovalchuk was supposed to provide an upgrade on offense but turned out to be a disappointment. The Russian had only two multi-goal games and ended up being demoted to the fourth line by the end of the season.

“Ilya is a special player. He’s very talented offensively. But we expect to play great both ways,” Doughty said. “I think that’s part of the reason why you saw him on the fourth one.”

Anze Kopitar and Dustin Brown tied for the lead in goals with 22 while Kopitar had a team-high 60 points.

Kopitar said he will spend the next couple weeks reflecting on the season before getting ready for next year.

“It is an important summer for everybody. There are going to be changes and we’ve just got to come back hungry,” he said.