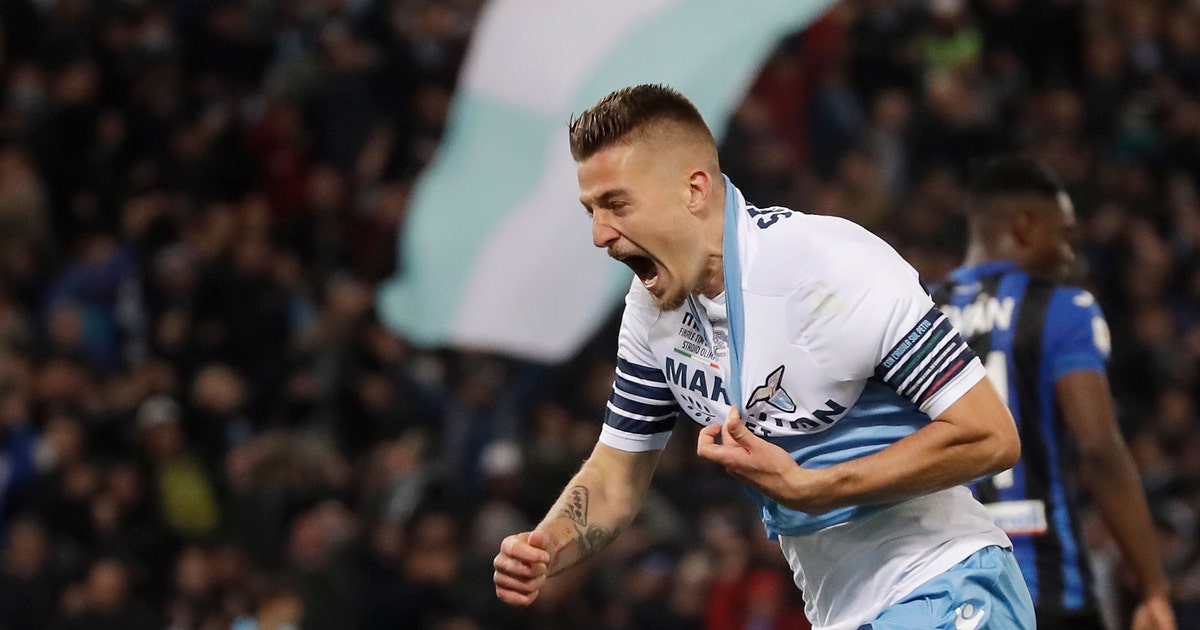 ROME (AP) — Sergej Milinkovic-Savic scored moments after coming off the bench to lead Lazio to a 2-0 win over Atalanta in the Italian Cup final on Wednesday.

Milinkovic-Savic, who was making his comeback from an injury, broke the deadlock in the 82nd minute by heading in a corner. Joaquin Correa doubled Lazio’s lead following a counterattack in the final minute as Atalanta pressed for the equalizer.

It was Simone Inzaghi’s first Italian Cup victory as coach, having won the competition as a player with Lazio three times.

The win also salvaged a disappointing season for Lazio, whose hopes of qualifying for the Champions League ended with a recent loss to Atalanta in the league.

The result ended Atalanta’s 13-match unbeaten streak in all competition, a run which lifted the team up to fourth place in Serie A and the final Champions League qualifying berth.

Atalanta has a three-point advantage over AC Milan and Roma with two matches remaining.