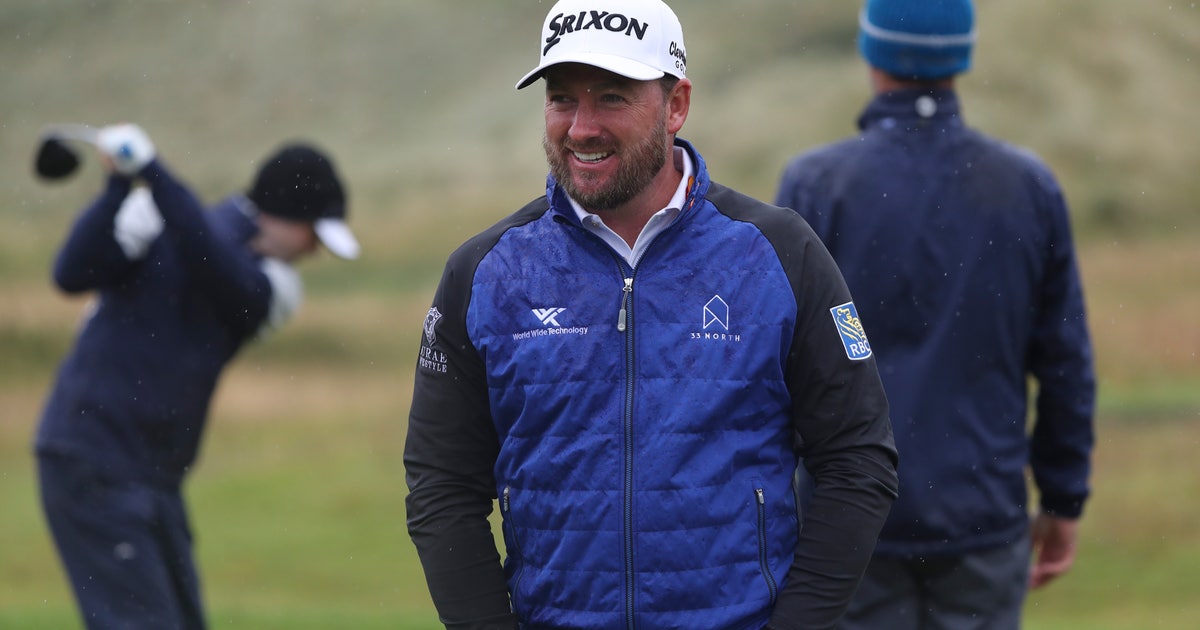 PORTRUSH, Northern Ireland (AP) — Inside the entrance to Rathmore Golf Club, just past a sign offering umbrellas for sale on a rainy day, sits a replica of the U.S. Open trophy the club’s favorite son won at Pebble Beach in 2010.

A large painting of Graeme McDowell hangs next to the bar, just in case anyone at the working man’s club on the grounds of the more exclusive Royal Portrush needed to be reminded where he tagged along with his dad as a little kid and fell in love with the game.

It was in the bar where friends and fans crowded in to celebrate until the sun came up when McDowell won his only major championship, sneaking liquor in because it was way past closing time.

It’s where he’s back this week, playing next door at Royal Portrush in a British Open that Rathmore members are desperately hoping he can win at home.

“If we get the result we want on Sunday, we may not close the lounge until October,” said Robb Doherty, a retired police detective who serves as the club’s treasurer. “It’s very much a rags to riches story for Graeme, through both talent and hard work.”

The British Open is back in Northern Ireland for the first time in 68 years, with a trio of local players in the field. Rory McIlroy lives nearby, and 2011 champion Darren Clarke now lives in Portrush itself.

But it is McDowell who is the true hometown hero. The son of a grammar school shop teacher, he honed his game at Rathmore and on the adjoining Royal Portrush links.

And, out of the three, it is McDowell who came precariously close to not making an Open he desperately wanted to be in. If not for a rebounding game and one extraordinary putt he might have been moping at home in Florida instead of teeing off Thursday morning with a legitimate chance of winning a tournament he wants more than any other.

“It would be too bittersweet,” McDowell said about his close call. “It would be too tough to watch the guys go out there and compete on this place where I kind of learned the game.”

It would have been especially tough because McDowell was one of the Irish players who kept pestering the R&A to bring the Open back to Portrush for the first time since 1951, something that was once impossible because of “The Troubles” and fears that there was not enough infrastructure to handle 200,000 fans in four days.

Their perseverance paid off five years ago when the R&A announced that it had awarded the Open to Royal Portrush.

“It started out as a joke, why can’t we go back to Portrush,” McDowell said. “I think The R&A couldn’t ignore the fact that this could be a commercial success. The jokes became very serious. It was like, we can do this, we can pull it off.”

Thankfully for McDowell the work he began putting into his game after dropping off the golf radar paid enough dividends to get him in the Open after not qualifying for the last two. He won a secondary tournament in the Dominican Republic early this year to move up in the rankings, then made a curling 30-footer on the final hole at the Canadian Open to secure his spot.

It came only after the 39-year-old had a talk with himself about the state of the game he’s loved since he was a kid.

“I said, hey, if you continue to play the way you’re playing, this game is going to be gone a hell of a lot quicker than you thought it was going to be gone. What’s that going to feel like?” McDowell said. “I think coming to that realization helped me because it made me start to embrace the challenge a little bit more, enjoy the time I have left out here. I started to kind of get less frustrated and start to, like I say, start to enjoy the act of trying to pull myself out of the hole I dug for myself. And it’s weird, the fog started to lift a little bit.”

For McDowell returning home means he can’t walk two steps without someone offering him encouragement or asking for a selfie. He said he was stunned by the noise made when he walked onto the first tee Tuesday for a practice round, and the crowds will be even bigger when he tees off for real on Thursday.

His expectations for the week go far beyond just making the cut.

“If I can somehow get out of the blocks tomorrow, get myself settled down, and get into the mix this weekend, it would be pretty cool to be coming back down on Sunday,” he said. “That’s the vision. That’s the goal and I can’t wait to hear what it sounds like.”

That’s the vision at Rathmore Golf Club, too, where business in the lounge was brisk on a rainy Wednesday as golf fans stopped for a pint or two to get out of the rain.

Mostly, though, they’re just happy he’s home and teeing it up when it counts.

“It wouldn’t have felt the same at all without Graeme in the field,” Doherty said. “Here, Graeme is still one of the boys.”