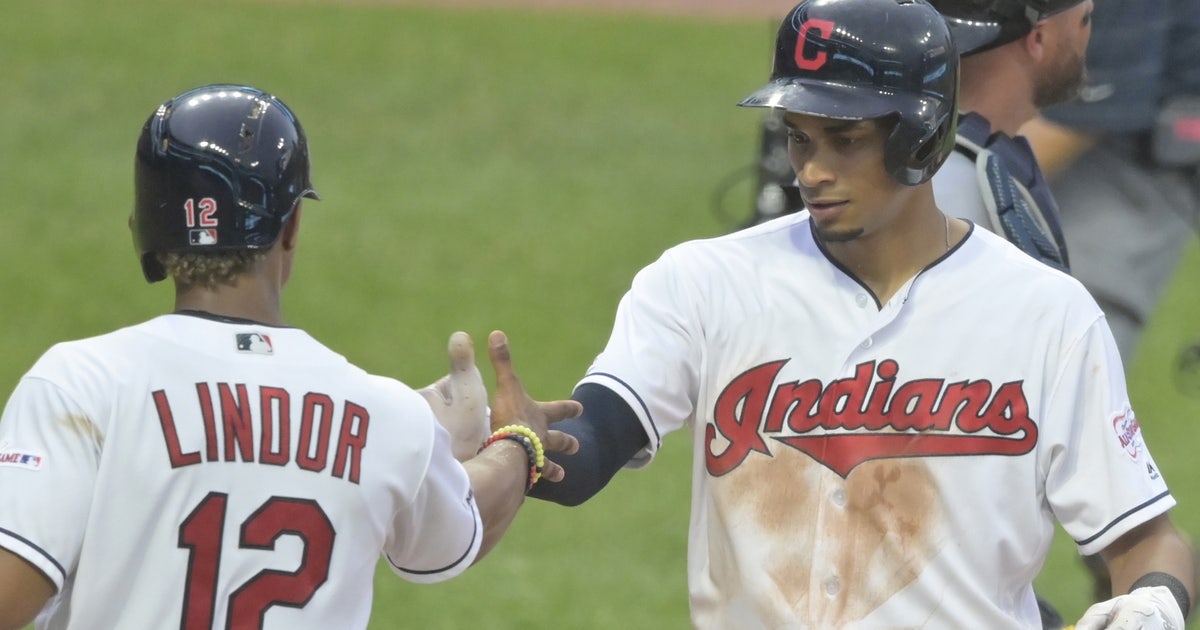 CLEVELAND (AP) — Oscar Mercado hit a two-run homer and Zach Plesac and three relievers combined for a one-hitter as the Cleveland Indians beat the Detroit Tigers 8-0 on Tuesday night.

Nicholas Castellanos accounted for the Tigers’ only hit with a leadoff single up the middle in the fifth inning off Tyler Clippard. Detroit had two baserunners and sent 28 batters to the plate — one above the minimum.

Goody (1-0) retired six straight batters in the sixth and seventh to earn his first victory since June 17, 2017. Though he was Cleveland’s third pitcher, he was awarded the win by the official scorer.

Mercado hit a two-run shot and Francisco Lindor added a two-run double in a five-run second inning, as Cleveland bolted to a 7-0 lead through three before the game was halted by rain for 2 hours, 7 minutes.

Bauers and José Ramírez also had RBIs off Tigers left-hander Ryan Carpenter (1-6), who gave up seven earned runs on seven hits and committed an error in three innings.

Naquin added a solo homer and Jordan Luplow doubled twice for Cleveland, which has won nine straight against Detroit and has a 10-1 edge in the season series. Cleveland is an AL-best 24-10 since June 4, and the Indians pulled within five games of first-place Minnesota in the Central Division.

Indians 1B Bobby Bradley — an upper-tier prospect — was optioned to Triple-A Columbus. Bradley, who led the International League with 24 home runs when recalled, batted .178 with one homer and four RBIs in 15 games. He struck out 20 times in 45 at-bats. “We all see the potential,” manager Terry Francona said. “There is some sock in that bat, for sure. He’s going to be a good power hitter at this level.”

Indians RHP Danny Salazar, who has not pitched in the majors in two years because of chronic shoulder problems, made his second rehab appearance for Double-A Akron. Salazar worked three innings Tuesday, striking out four while allowing one run at Erie. The 2016 AL All-Star has a 3.18 ERA over 5 2/3 innings with the RubberDucks.

Tigers: 2B Josh Harrison (left hamstring strain) experienced a setback while working out, delaying plans for him to begin a rehabilitation assignment. He has been on the 10-day injured list since May 28.

Indians: RHP Corey Kluber (right ulna fracture), who is on the 60-day IL, will throw 20 fastballs Wednesday in his initial bullpen session since being struck on the arm by a line drive May 1 in Miami.

Tigers: RHP Spencer Turnbull (3-8, 3.59 ERA) has lost all three of his starts against Cleveland this season, allowing 11 earned runs in 14 innings.