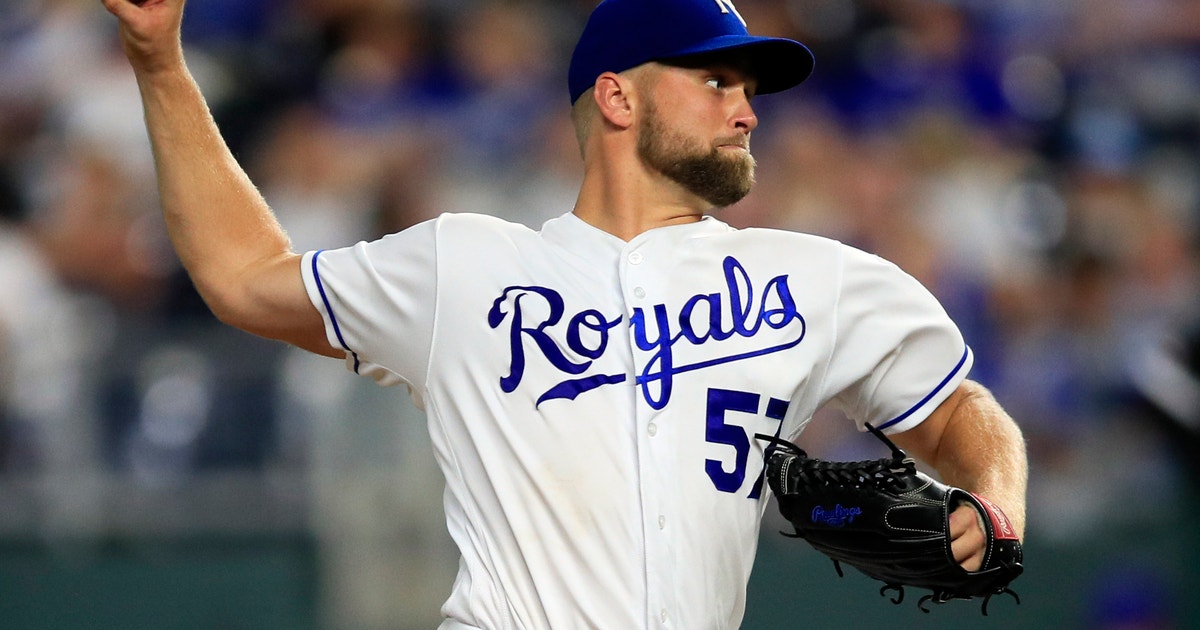 Sparkman (3-5) walked one and had a career-high eight strikeouts in the Royals’ first complete-game shutout since June 2, 2017, when Jason Vargas beat Cleveland 4-0.

Kansas City improved to 4-1 since the All-Star break and dropped the White Sox to 0-5.

Merrifield, hitting .379 (22 for 58) in a 14-game hitting streak, raced to an inside-the-park homer down the right-field line in the fourth inning after Cam Gallagher doubled. Plate umpire Tom Hallion initially called Merrifield out on the play at home, but it was overturned after a quick replay review. That made the score 6-0 and gave Merrifield the 100th inside-the-park homer in Royals history.

Dozier hit a two-run, 447-foot homer to left field in the eighth inning to cap a four-run inning and finish the scoring.

Chicago starter Dylan Cease (1-1) gave up six runs — four earned — and eight hits in six innings. He walked one and struck out seven.

The White Sox had a rocky first inning as the Royals scored twice. Merrifield led off with long fly that was caught by center fielder Charlie Tilson as he collided with left fielder Eloy Jimenez who went down in pain next to the wall. Jimenez was taken out with a sore right elbow.

A third White Sox error contributed to the Royals’ two-run third inning. After Mondesi singled, shortstop Leury Garcia fielded Gordon’s grounder, but threw wildly past second base, allowing Mondesi to score and Gordon to advance to third. Gordon was thrown out at the plate by second baseman Yolmer Sanchez but Bubba Starling’s single drove in Jorge Soler to push the lead to 4-0.

Manager Ned Yost says plans to use both Gallagher and Meibrys Viloria in relatively equal parts after the trade that sent Martin Maldonado to the Cubs for pitcher Mike Montgomery. Gallagher, who started 25 games as Maldonado’s backup, was in the lineup against the White Sox on Tuesday night while Viloria just arrived from Class AA Northwest Arkansas.

Last year Viloria jumped from Class-A Wilmington to the majors on Sept. 1 and played 10 games, including seven starts as catcher.

“To be able to handle himself the way he did at the big league level behind the plate was pretty impressive,” Yost said.

White Sox: C Wellington Castillo (strained left oblique) returned from a five-game minor league rehab, replacing Zack Collins on the roster. “Swinging was the hardest thing to do, because I can catch, I can do all the other things. Hitting was the toughest to do,” Castillo said. … There’s no timetable for the return of shortstop Tim Anderson, out for three weeks with a right ankle sprain, according to manager Rick Renteria. “His strength is improving. He’s swinging, he’s taking BP on the field. He’s actually taking some ground balls, still in a controlled environment. He’s getting better every day,” Renteria said.

Royals: Mondesi left with an injuruy after a futile dive for a foul popup in the fifth inning. He left with a trainer cradling his left arm.

Royals: LHP Danny Duffy (3-5, 4.64 ERA) will make his first start since last Friday night when he left in the third inning after being bruised on the pitching hand by a line drive.