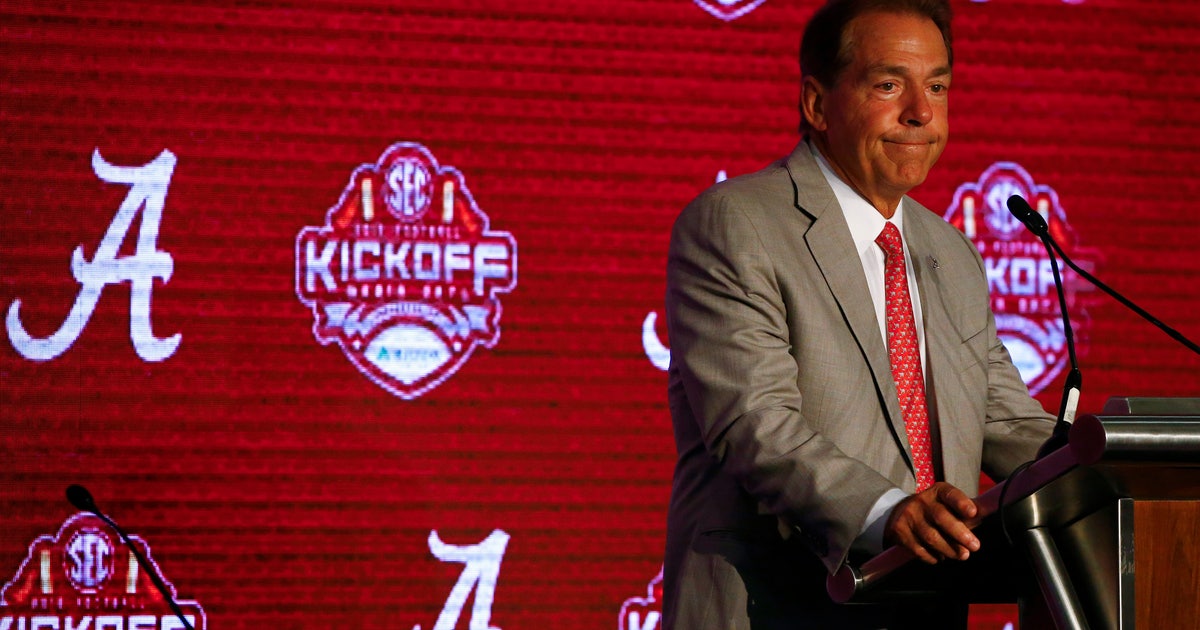 HOOVER, Ala. (AP) — The Latest on SEC media days (all times local):

Quarterback Tua Tagovailoa believes Alabama learned “many lessons” from the end-of-season drubbing at the hands of Clemson.

The Heisman Trophy runner-up says the team started to get satisfied and feel invincible after being scarcely challenged in the regular season. Then came the 44-16 loss in the national championship game that made that feeling look like a mirage in easily the most lopsided defeat of coach Nick Saban’s tenure.

Tagovailoa said Wednesday at Southeastern Conference media days that he knows it sounds bad, “but I’m glad I had that opportunity to feel a loss like that, because what can you learn from winning? You can’t learn as much. But when you lose, you start appreciating things a lot more. Many lessons have been learned from that loss.”

Saban is counting on it with the Tide again among the national favorites. Even before the Clemson blowout, Alabama had to rally to beat Georgia in the SEC championship game.

The coach says his team didn’t play with the kind of discipline or preparation it needed at the end of the season. Saban says there seemed to be “a lot of distractions,” and like his quarterback, he’s hoping the team learned its lessons.