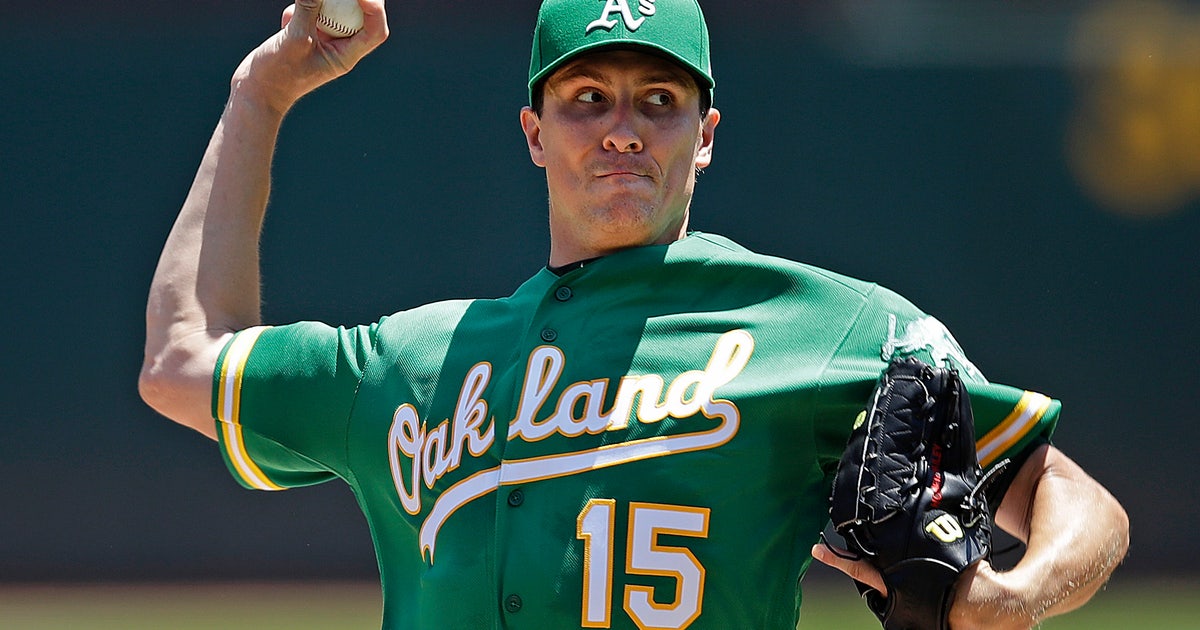 OAKLAND, Calif. (AP) — Homer Bailey shook off a rocky start to go six innings in his Oakland debut, Mark Canha and Jurickson Profar both homered twice and the Athletics beat the Seattle Mariners 10-2 on Wednesday.

Tim Beckham had two hits for Seattle. The Mariners have lost six straight.

Bailey (8-6) allowed seven hits and two runs for his fourth consecutive win and first since being acquired from Kansas City over the weekend to add depth and experience to Oakland’s lineup for a possible playoff run. Bailey struck out six, including cleanup hitter Omar Narváez twice, and didn’t walk a batter.

The 33-year-old hadn’t pitched since July 4 because of the All-Star break and the trade on Sunday when he was notified of the deal while warming up in the bullpen. It showed early as Bailey had to work around a leadoff double by Mallex Smith in the first then gave up two runs in the second before settling in.

The A’s backed him with plenty of power.

Canha hit a go-ahead home run in the fourth off Tommy Milone (1-4) then added another solo drive in the sixth. It’s the first multi-homer game of Canha’s career.

Profar hit a pair of two-run home runs, in the second and eighth.

Pinder added a three-run shot in the sixth, and Laureano homered in the eighth.

The A’s have homered in a season-high 17 consecutive games.

Chapman left the game after two innings because of left ankle soreness. Chapman appeared to get spiked near his ankle by Pinder on Tuesday while both were chasing a fly ball.

Pinder made a diving catch in left field to rob J.P. Crawford of a hit in the first. Center fielder Ramon Laureano added a defensive gem in the eighth when he made a catch at the wall to take a hit away from Beckham.

Mariners: Mitch Haniger, out since June 7 because of a ruptured testicle, has been cleared to begin baseball activities slowly. He will play some catch and hit off a tee but Seattle isn’t rushing Haniger’s recovery. “He’s feeling pain certain days so we’ve got to be careful how fast we go,” manager Scott Servais said. “He can’t do a whole lot of heavy lifting. He’s got to be really careful. That’s a serious injury.”

Athletics: OF Stephen Piscotty (sprained right knee) did some running drills before the game. Piscotty will continue to work out in Oakland and is expected to join the team in Houston before possibly beginning a rehab assignment.

Mariners: RHP Mike Leake (7-8, 4.60 ERA) makes his second straight start against the Angels on Friday in Seattle. Leake was knocked around the first time for seven runs (four earned) and retired only two batters on July 12.

Athletics: RHP Mike Fiers (9-3, 3.61) has won seven consecutive decisions dating to his no-hitter against Cincinnati on May 7. Fiers pitches against Minnesota on Thursday in the opener of a seven-game road trip.