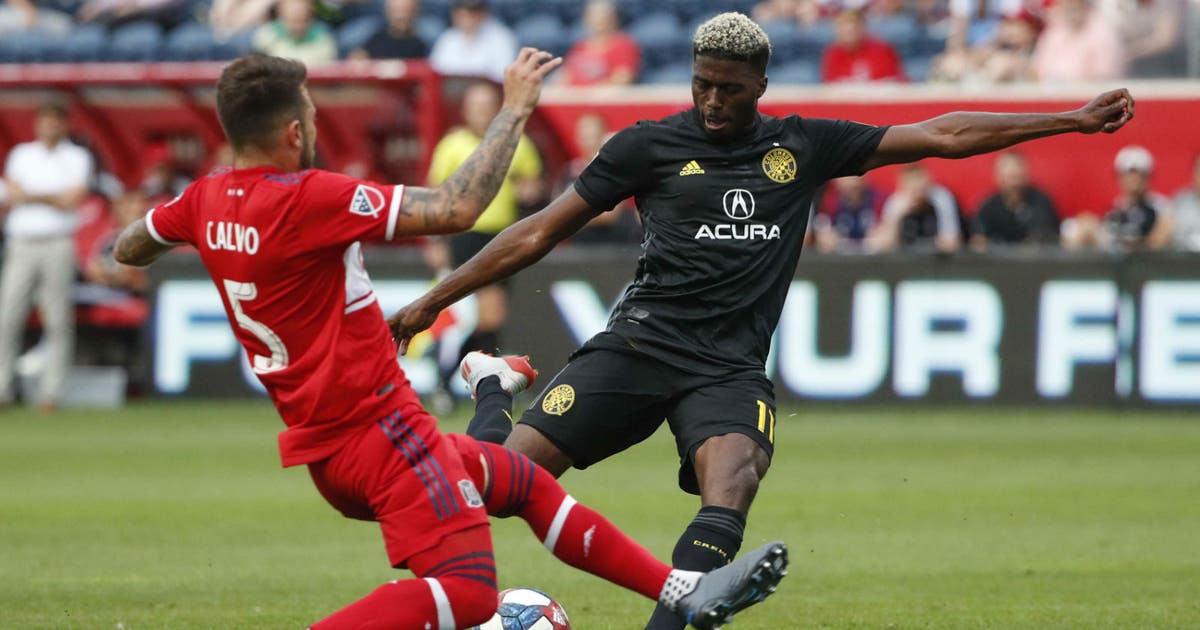 BRIDGEVIEW, Ill. (AP) — Romario Williams scored on a header in the 90th minute, shortly after entering as a second-half substitute, and the Columbus Crew tied the Chicago Fire 2-2 on Wednesday night.

Djordje Mihailovic opened the scoring for Chicago in the 28th minute, settling a pass with his chest and one-touching it past goalkeeper Joe Bendik. C.J. Sapong gave Chicago a 2-1 lead in the 63rd when a deflected pass fell to his feet for a close-range shot between the legs of Bendik.

Gyasi Zardes tied it at 1 in the 47th for Columbus with a redirection of Luis Argudo’s pass along the 6-yard box.