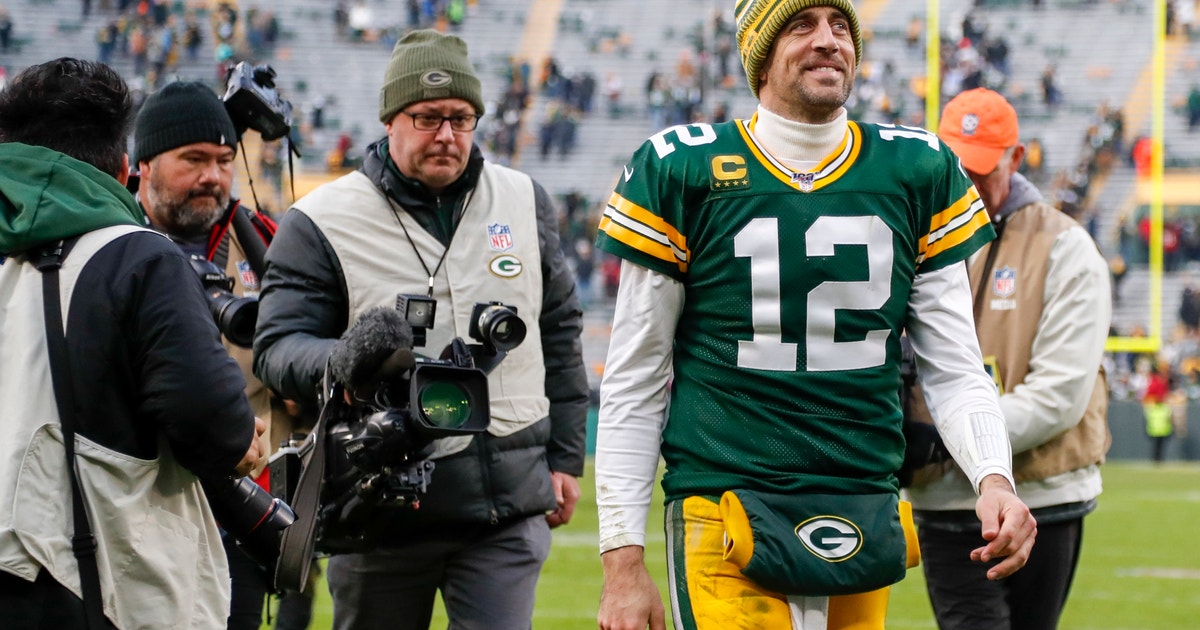 GREEN BAY, Wis. (AP) — The Chicago Bears and Green Bay Packers will face off for the 200th time on Sunday. It will be Aaron Rodgers‘ 24th matchup against his NFC North rival.

With Rodgers as the starting quarterback, Green Bay is 18-5 against the Bears, with one loss coming in 2013 after the two-time MVP left the game following the first series with a shoulder injury.

In the 23 games against Chicago, Rodgers has an overall passer rating of 103.2, the highest in league history of any player who has attempted at least 250 passes against the Bears.

Rodgers said he can’t go anywhere around Green Bay without fans reminding him about the oldest rivalry in the NFL.

“At the Piggly Wiggly, or festival, Fresh Thyme (a local farmers market), you might hear about the rivalry,” he said. “How much it means to the fans to beat Chicago. It’s always big Chicago against lil’ Green Bay. Lil’ Green Bay has held its own for a long time.”

Rodgers, a Northern California native, didn’t grow up rooting for the Bears, but he was cheering for a player and a team that played a few miles away from Soldier Field.

“I have a lot of respect for the city of Chicago and their fans,” he said. “I grew up a fan of Michael Jordan, and one of the channels we had on our 10-channel TV was WGN. So we got the Cubs games as well. So I grew up watching some Chicago sports. I was a fan of Brett Favre and had an appreciation for the rivalry. Obviously playing in it, it takes on a whole life of its own because you realize how special it is. Not just the players, but even more to the fans who have seen years and decades and decades of this rivalry. And there is a hatred on both sides between the fans.”

The players in this rivalry don’t exactly love each other. But there is a mutual respect. Rodgers recalled the fun battles he had with his favorite Bears player that he faced in his career.

“I remember specifically in 2009, we were playing them at home, and every time I checked, he checked to something, and the checks he was saying were super inappropriate. I think it was pre kind of the miking up of the guards, where every single word was heard. Because I promise you if that happened today, some of that stuff would had to have gotten bleeped out. … I can still remember some of the crazy stuff he was saying out there, and I just always wondered, was any of that stuff real, or were you just (fooling) around?”

Rodgers said he’s since asked Urlacher, who retired in 2013 and was inducted into the Pro Football Hall of Fame last year, about the legitimacy of the checks.

“He said a lot of them were real. They would come up with those specifically for Packers week,” Rodgers said.

The Bears, who have won three straight and four of their last five, won’t have Urlacher to contend with Rodgers. They also won’t have linebacker Roquan Smith, out for the season with a torn pectoral muscle. Smith had five tackles, including one for loss, against the Packers in September.

But Chicago could have defensive tackle Akiem Hicks, who is set to return from injured reserve after dislocating an elbow against the Raiders in Week 5. Hicks sacked Rodgers in the season-opening matchup and could be vital to slowing down a man that has six career games with a passer rating of 125-plus against the Bears, the most by any quarterback against Chicago in NFL history. Rodgers has three more than any other quarterback.

“Well, the biggest thing with Aaron is his experience that he’s seen over all the years, there’s not much you can throw at him that is going to rattle him,” Bears coach Matt Nagy said. “He’s a guy that regardless of what year it is, what game it is during the week, he’s competitive as hell and he doesn’t want to lose. So it doesn’t matter the score. We saw it Week 1 last year, he comes back. You’re always in the game with him. We respect that, we know that and we know we will have our hands full with him.”