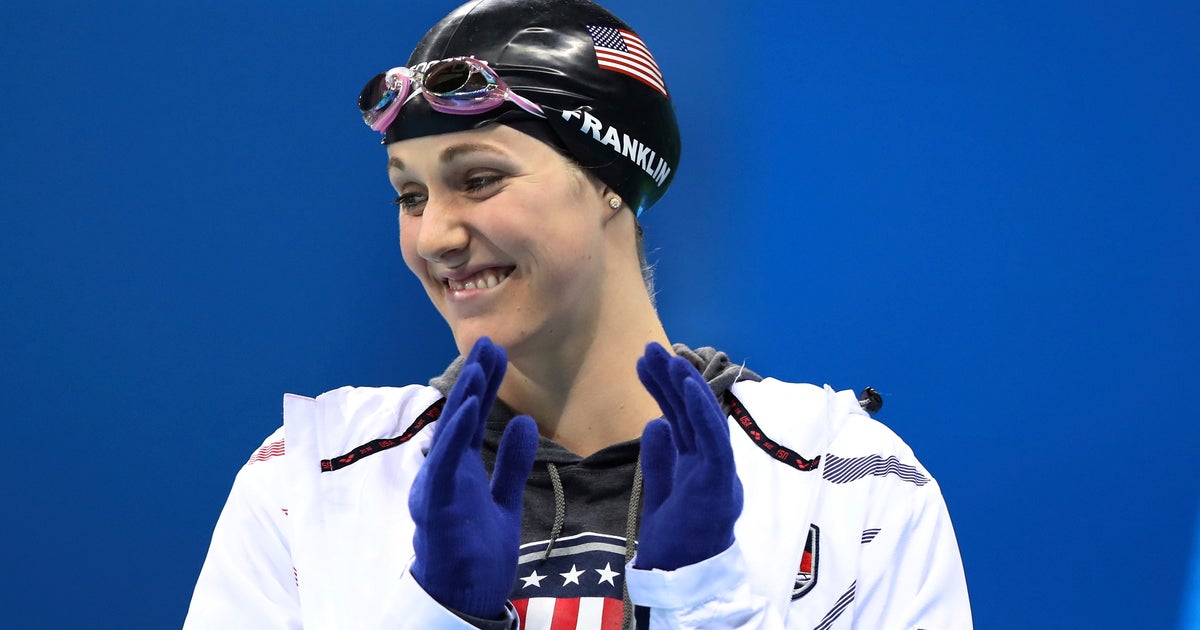 ATLANTA (AP) — Missy Franklin can still light up a room.

She’ll start off with that big, broad smile.

Then comes the bubbly laugh, summoned from deep in the belly.

Finally, there’s a boundless, almost child-like passion for whatever is on her mind.

“The thing that people always ask me about her, after they first meet Missy and she’s so nice, they wonder, ‘Is she like that all the time?’” said Jack Bauerle, her former coach. “Yes, that’s what she’s like all the time.”

Even now, when she has every reason to be bitter about a broken-down body that snuffed out her brilliant swimming career, Franklin still glides easily to the sunny side to life.

“One of the hardest things about retirement is having a lot of people ask — and I know they don’t always mean it negatively — but there’s this connotation of, ‘What are you going to do now?’” Franklin told The Associated Press during a recent interview. “People are assuming that I’ve already peaked.”

She wants everyone to know that’s not the case.

“I can really make an impact outside the pool,” Franklin said. “That is one of the coolest things.”

For sure, her swimming peak was a sight to behold.

As a 17-year-old, high school senior-to-be, she turned in one of the greatest performances in Olympic history at the 2012 London Games, capturing four gold medals as well as a bronze.

The following summer, just before she went off to college at Cal-Berkeley, Franklin was even better. At the world championships in Barcelona, she became the first female swimmer to win six golds at the second-biggest meet after the Olympics.

The female version of Michael Phelps, it seemed.

But Franklin’s body would not let her fully realize her potential.

After a dismal showing at the 2016 Rio Olympics, where she qualified in just two events and won her only medal as a morning relay swimmer, Franklin underwent surgery on both shoulders. She transferred from Cal to the University of Georgia, hoping a change of scenery and working with Bauerle would help spur her comeback.

Unfortunately, her shoulders continued to hurt. When doctors told her she could undergo another surgery, but there was a less than 50% chance it would relieve her pain in the pool, Franklin decided to retire.

In September, Franklin married another former swimmer, Hayes Johnson. On Monday, she wrapped up her final class at Georgia, earning a degree in religion. On Wednesday, she and her husband packed up and headed for suburban Denver, where Franklin grew up and the newlyweds have purchased a home.

“I would’ve loved to keep going as a swimmer,” Franklin said. “But I know I made the right decision.”

She is convinced that her best is yet to come, even if she doesn’t have the same sort of audience that she did in an Olympic pool.

Next summer, Franklin will attend the Tokyo Olympics to work with sponsors and spread a message about protecting the environment and dealing with climate change. She’s not quite clear where life is going to take her, but it’s clear that she wants to stay involved with swimming — especially if it gives her a chance to work with young people.

She has a story to tell.

“I remember coming off of London, that was one of the hardest things for me,” Franklin said. “I would have people come up and say, ‘Swimming has just been so hard, I don’t love it anymore, I want to quit, what did you do when you felt like that?’ Well, I’d never felt like that before.”

Franklin had never been through anything like that before. There were plenty of tears, even as she tried to maintain her smiling, upbeat facade.

“It was brutal,” she recalled. “You are literally on the biggest stage in the world and falling short of every single goal you’ve set for yourself. You truly feel like you’re embarrassing yourself.”

Yet, that was when Franklin found something deep inside, something she always hoped was there but wouldn’t really know until she went through such a trying ordeal.

While this has been a solitary journey in many ways, Franklin’s husband has helped greatly in easing the transition from competitive swimming. When his wife-to-be was contemplating whether to have another surgery, he pointed out that there were far more important things still to come, that had nothing to do with being a star athlete.

“There’s always going to be a part of me that’s still working through it, still reflecting and seeing what else I can take away from it,” she said. “But he was almost like the sunshine at the end of the tunnel. I had gone through all this work and now I had a person to share it with, experience it with, communicate with and kind of help push me the rest of the way, to really show me what was on the other side.”

Maybe life didn’t turn out the way Franklin envisioned it while standing atop the medal podium in London.

In so many ways, it’s turned out better.

“The way I have been able to interact and connect and share my story, my experience in Rio and what’s happened since then, has made me so grateful for it,” Franklin said, her voice rising with hope and enthusiasm.

“I truly, in my heart, feel like I needed that experience as a human being. I needed to go through something like that so I can help other people go through it.”

She can still light up the room.