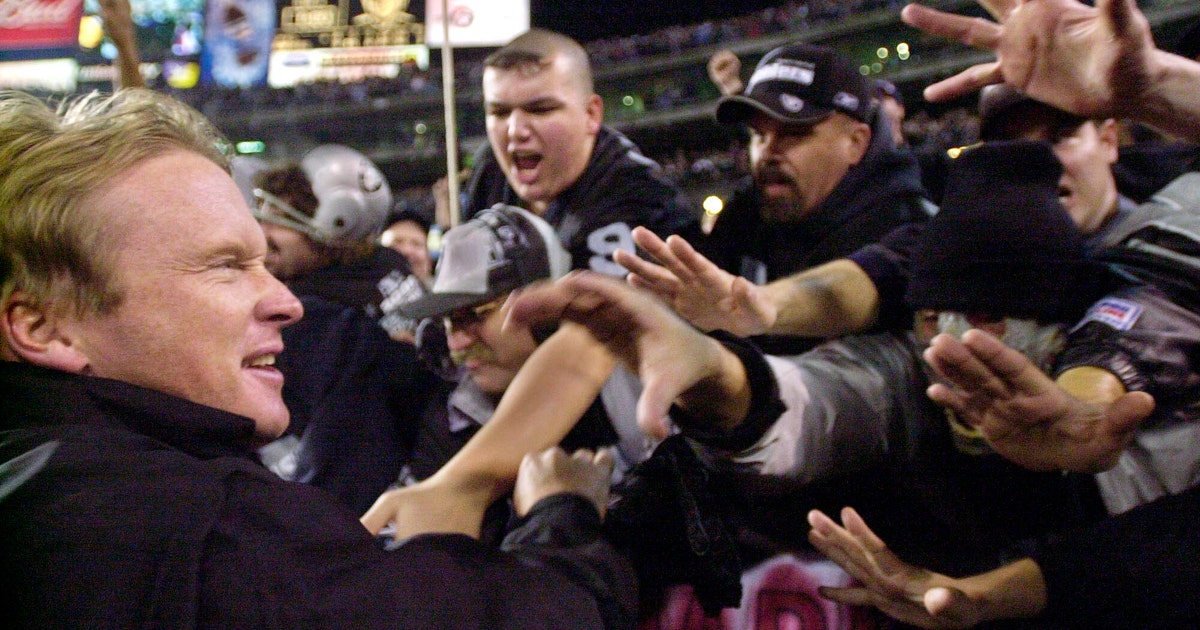 For coach Jon Gruden and many of the players who have called the Oakland Coliseum home during the team’s 41 seasons there, it was a special and unique venue that had no match across the NFL.

That all comes to an end Sunday, when the Raiders are set to play their final scheduled game in Oakland before moving to Las Vegas next season. They host Jacksonville.

It will be a sentimental day for many, including Gruden, who got his head coaching career started here in 1998 and ends every win by heading to the Black Hole to celebrate with the team’s most rabid supporters.

The Coliseum has served as the home for two Super Bowl champions, several Hall of Famers and memorable games like the “Sea of Hands” playoff win over Miami in 1974.

But it’s what went on off the field that sometimes made it stand out even more from other venues. There are the tailgates that feature the mix of aromas of barbecue, beer and marijuana for one of the league’s most diverse fan bases.

There are the distinct costumes that fans where each game, turning landscapers and lawyers into beloved and sometimes scary characters that are as much a part of the fabric of the Coliseum as the players on the field.

“It’s our fans. Our fans make it that way. The Black Hole. You don’t go to any other stadium and see something like that,” said quarterback Derek Carr, who began his career here in 2014. “People have tried to imitate it. People have tried to steal their team’s name and people behind it, but there’s only one. It’s Raider Nation. It started here and it will always be the Raider Nation, and I think that there’s that mystique about the Raiders.”

When the Raiders leave, it will be the end of an era when it comes to stadiums. After a stretch in the 1960s and ‘70s when several stadiums were built to house both football and baseball teams, the trend these days has been to single-sport venues despite the added cost.

Back in 1981 when the Raiders played their final season of their first stint in Oakland, 16 of the 28 teams in the NFL played in stadiums also used for baseball. Many of those also had the infield dirt for early-season games, an element of the Coliseum that has been mocked in recent years. But starting next year, no stadium will host an NFL and Major League Baseball team.

“That was part of the uniqueness of the stadium, being multi-use, being able to have baseball and football. It was just the pride of Oakland,” said former Raiders linebacker Kirk Morrison, who grew up going to the Coliseum as a fan and buys his dad season tickets every Father’s Day.

“For me, that’s always been home. I know it won’t be probably after this year but I still hold all those memories of that. … That’s what the emotional tie is for a lot of Raiders fans who are from Oakland is that now you’re taking away that identity of the city, which is hard.”

The Coliseum wasn’t always the rundown relic it has become.

Former Raiders quarterback and coach Tom Flores remembers what a welcome change it was when the Raiders moved into the new stadium in 1966 after spending the first six seasons playing games at Kezar Stadium or Candlestick Park in San Francisco or tiny Frank Youell Field in Oakland, which sat about 20,000 fans.

“Then we get the Coliseum, the state-of-the-art Coliseum in little old Oakland when nobody even knew who we were,” Flores said. “It’s kind of sad that it’s old and grumpy and falling apart. It’s sad to see. It’s exciting that we’re going to a new stadium in Vegas, but my feeling has always been we belong in Oakland. But it’s not going to happen.”

Flores experienced the Coliseum from the perspective of a visitor as well, coming back as a player and assistant with the rival Kansas City Chiefs in the 1970s. Back then the most rabid fans weren’t in the end zone in what is now known as the Black Hole, but right behind the visitors’ bench.

“It could be intimidating,” Flores said. “Just walking into the stadium is kind of frightening. Raiders fans look scary some times. It’s like Halloween every Sunday.”

While the players will adjust and come to enjoy the modern amenities waiting in Las Vegas and the fans there will be excited for their first NFL team, the die-hards left behind in Oakland will be the ones paying the price.

One of them, Marc Acasio, has been dressing up as Gorilla Rilla for the past 25 seasons since the team moved back to Oakland. He found the costume at a garage sale and it has been one of the most recognizable outfits in the Black Hole.

He wore it for the first time in the team’s second game back in Oakland and has kept it ever since, adding new elements to the costume along the way. He has had hundreds of requests from fans to pose with them for pictures on Sunday. The reality of the move finally hit him at the stadium last week when he went up to the third deck before the game to soak in the scene before returning to his usual seat in the front row of the Black Hole.

“It was quite emotional,” he said. “My eyes started to tear up a little bit knowing these were steps I walked around in my younger days and now it will be no longer. For me, I must say I’ve been in denial for the last three years when it came up that they’re moving. But it finally hit. It hit me Sunday when I walked up the steps. The era is coming to an end.”