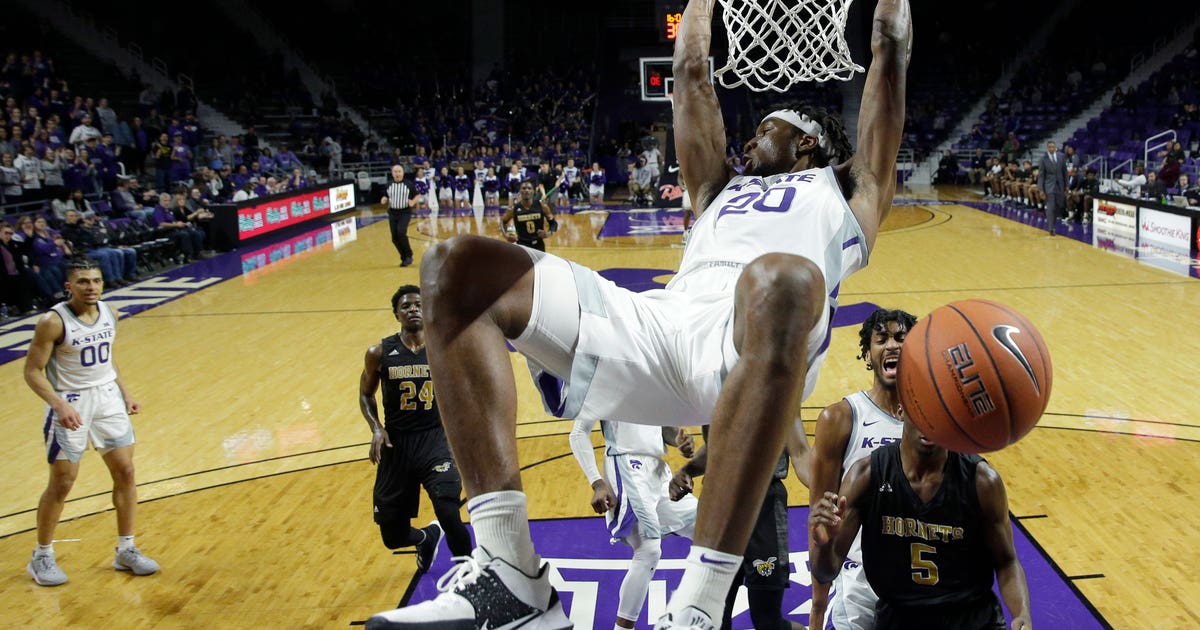 It was the most assists in a game by a Wildcat since Marcus Foster in 2014.

The Hornets were led in scoring by

Tobi Ewuosho and Kevin Holston scored nine points each for Alabama State (1-8), which lost its seventh game by double figures this season.

The Wildcats (6-3) had no trouble from opening tip and led 23-5 after just seven minutes.

Sneed shot 80% from the field and scored 12 of his 16 points off four 3s early in the game as the Wildcats hit 10 3-pointers in the first half.

The Wildcats shot 63% from the field, made 12 3s and had 29 assists. All nine players that stepped on the floor for Kansas State scored in the first half.

Alabama State struggled throughout, shooting 28% and turning the ball over 16 times.

The Wildcats used their size advantage to outscore the Hornets 42-14 in the paint and had 37-25 rebound advantage.

Alabama State: The Hornets didn’t give themselves any chance after such a miserable start.

Kanas State: The Wildcats couldn’t miss in the first half, which could provide for good momentum going into their next game and beyond.