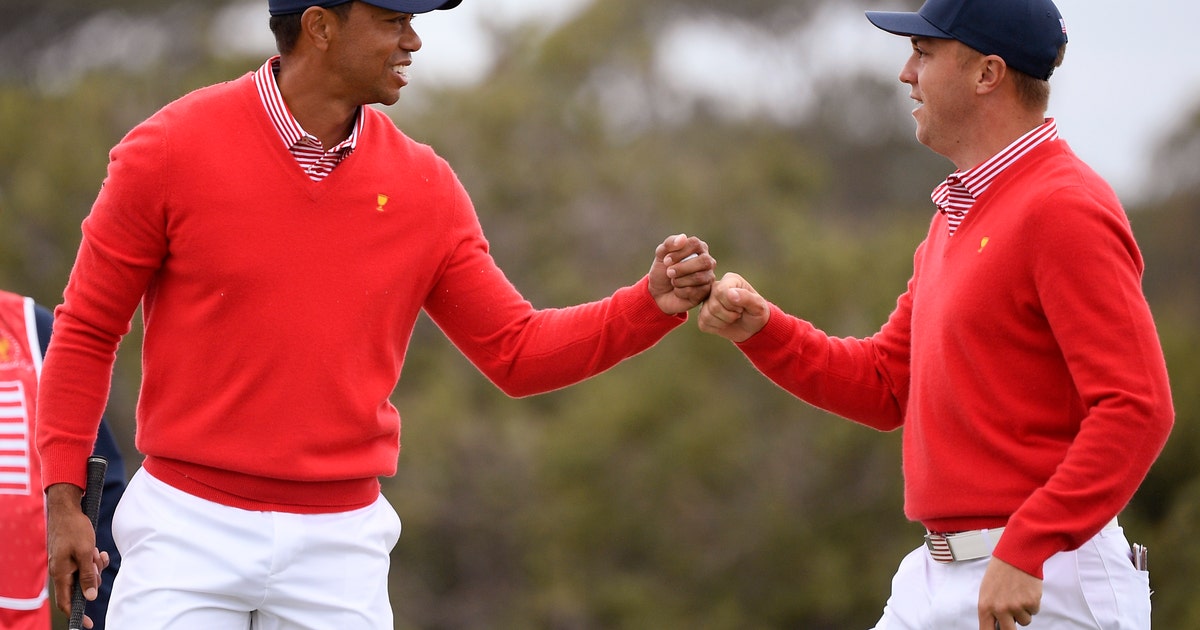 As captain, his American team found itself in foreign territory — trailing for the first time in 14 years.

An inspired International team shook off an opening fourballs loss to Woods and Justin Thomas by getting big shots and key putts from rookies and veterans alike. It won the other four matches, never trailing in three of them, and wound up with the start it needed in a bid to win for the first time since 1998.

The International won the opening session 4-1, its best start ever and first time it led after any session since 2005.

Woods showed off an exquisite short game, building a 2-up lead after two holes with pitch-and-run shots that set up easy birdies. He chipped in birdie on the par-5 fifth, and closed out the match with an 8-foot birdie on the par-5 15th, his sixth birdie in the 15 holes he and Thomas needed to beat Marc Leishman and Joaquin Niemann.

The International team walked off the course with arms around shoulders, a most happy occasion after having lost seven in a row. Even the normally stoic Hideki Matsuyama showed just how much this week means, fist-pumping his way to victory. Matsuyama holed a 25-foot birdie on the 17th for a 1-up lead with C.T. Pan, leading to the final victory of the session over Patrick Reed and Webb Simpson.

Next up is foursomes matches, a U.S. strength in the Presidents Cup.

“We have to earn the cup,” Woods said, perhaps a reminder that history only goes so far inside the ropes. “It’s a long week. We’re not out of it yet.”

Woods is the first playing captain since the first Presidents Cup in 1994, and it was his first time playing since 2013. It was his 25th victory in the Presidents Cup, one short of the record held by Phil Mickelson.