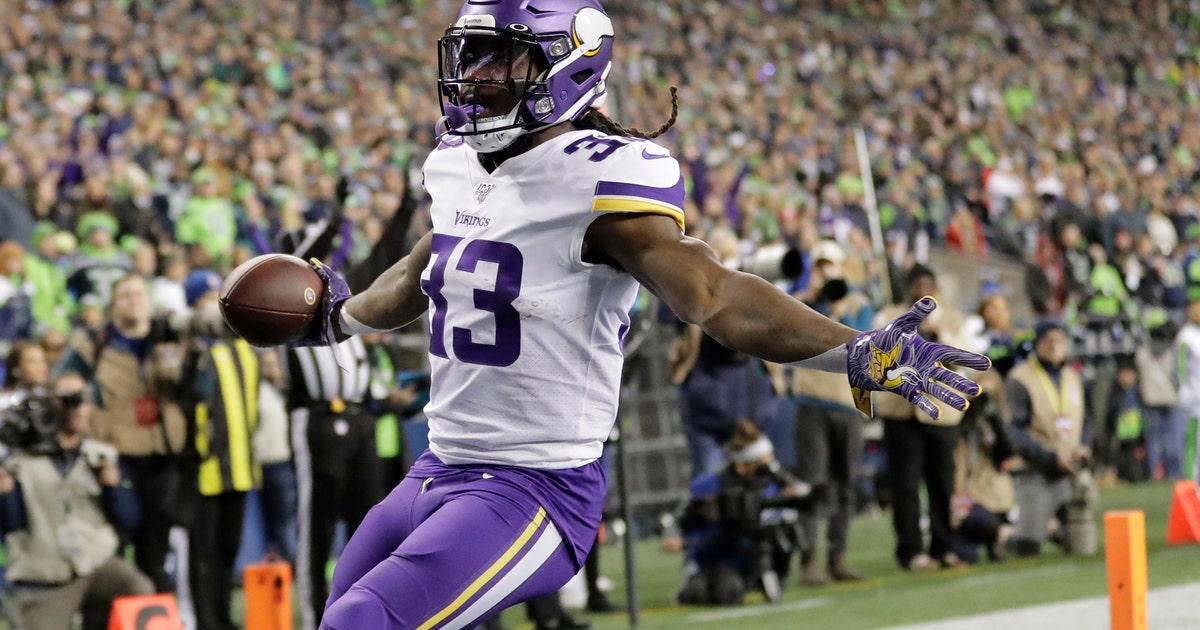 COSTA MESA, Calif. (AP) — Dalvin Cook and Derwin James have been close friends since they first met at Florida State. The physical running back and the fearsome safety forged a lifelong bond through countless hours of football practice and football video games.

And though Cook is just one year older than James, there’s a family element to their friendship.

“That’s my little brother, man,” Cook said. “Once he came in, I kind of took him under my wings. That’s my guy right there. I know him. I know who he is, know all about him. Great player.”

Cook and James spent two years together with the Seminoles before Cook headed to the NFL, landing with the Minnesota Vikings. James followed a year later, joining the Los Angeles Chargers.

“That’s like my brother, even though we’re not on the same team anymore,” James said. “To me, that’s the best running back in the league.”

They’ll finally face each other in opposing jerseys this weekend. Cook’s Vikings (9-4) desperately need a win to stay in the NFC wild-card playoff picture when they visit James’ Chargers (5-8) on Sunday.

Friendships only go so far in the NFL, however. Not only is James not interested in his eliminated Chargers taking another loss, but the second-year safety is eager to tackle Cook when the ball is in the Minnesota running back’s hands.

“I want to win every game, no matter the circumstances,” James said. “When I’m in between the white lines, it’s time to play. That’s always been my mindset. But after the game, we’re good friends.”

Cook is in the midst of a dominant season for the Vikings, who have won seven of nine. He is the NFL’s fourth-leading rusher with 1,108 yards, and he is second in the league with 1,611 total yards from scrimmage.

That’s no surprise to James, who saw Cook’s work ethic up close. He recalls waiting after plays in practice at Florida State while Cook invariably took every carry to the opposite end zone to instill the habit within himself.

“He’s a home run hitter on any down,” James said. “I know what type of worker he is. He works hard every day, and he’s a dog on every play.”

James played in only two games for Florida State during Cook’s final season in 2016 because of a knee injury. Cook still saw enough from the hard-hitting safety during his spectacular freshman season to realize he would be a problem for opponents.

“He brings what you’re missing on a defense,” Cook said. “Everything. He flies around. Young player, but he acts like an older guy. He’s got that swag to him that they were missing.”

Their bond has continued in the NFL, where both have already fought back from major injuries.

Cook played only four games as a rookie before tearing a ligament in his knee, and hamstring injuries limited him in 2018.

James missed the Chargers’ first 11 games this season after surgery to repair a stress fracture in his right foot. He didn’t make his season debut until two weeks ago, but the 2018 All-Pro safety has returned by playing 98% of the Chargers’ snaps in the past two games.

James and Cook leaned on each other during their rehabs, James said.

Cook isn’t the only person with the Vikings who knows what they’ll face with James back at full strength on a defense already boasting sack specialists Joey Bosa and Melvin Ingram.

“I’ve always been a big fan of his,” Vikings coach Mike Zimmer said of James. “He’s one of those game-wrecker kind of guys because he’s big and fast and physical. They’ve used him blitzing a lot in the past. Maybe not so much right now, but we have to be prepared for it as he comes out. But you have him and Bosa and Ingram, the three guys close to the line of scrimmage, and they can do some damage.”