The New York Jets No. 2 run defense matches up against the Baltimore Ravens No. 1 rushing offense on Thursday night. Can the Ravens take flight? Or will the Jets get their engines going?

With a win, the Ravens (11-2) would clinch a second straight AFC North title and win their 10th straight game – a Baltimore team has never won 10 games in a row before. Will a winner be crowned and history made? Or will the Jets fight to finish with a .500 record?

What do you think? You have a chance to answer these questions … and more! Just download the Super 6 app, sign up, make your picks and enjoy the game. It’s fun, it’s free – what’s not to like? And to make it even better, you’ve got me to help! Don’t let the fact that I’m a Jets fan fool you … let’s check out my Super 6 picks:

Who will catch or rush for the Ravens first touchdown of the game?

The pick: Any other player

Well, you can’t forget: The Jets have a Top 5 run defense in the league, only allowing 78 yards per game. And the Ravens have some injuries … tight end Mark Andrews, we’re not sure if he’s going to play. Word of advice: Keep an eye on Hayden Hurst or maybe “Gus the Bus” who could get a carry in the end zone. I just have to go with any other player here for the Ravens first touchdown.

Who will catch or rush for the Jets first touchdown of the game?

Oh, come on! You’ve got to go with Le’Veon Bell here, right? Goodness, gracious. Coming off the flu where he reportedly lost eight pounds … and going bowling. He was a huge story in New York – in the media. Remember: Le’Veon Bell has history with the Ravens when he played for the Steelers. I really like Le’Veon Bell to score the Jets first touchdown.

How many total points will be scored in the first half?

How will the first touchdown of the third quarter be scored?

The pick: Any other touchdown

I’m going to go off the board again with any other touchdown. I just don’t think it’s going to be rushing or receiving here. Listen: Sam Darnold – my guy – has 11 interceptions in 10 games … wouldn’t shock me if there was a pick six. And that Ravens special teams has just been absolutely dominant this year. I’ve got to take any other touchdown in the third quarter.

How many total touchdowns will be thrown in the game?

I like Lamar Jackson and Sam Darnold combining to pass for three touchdowns … that seems to be the safe pick here. Ravens are going to want to get in – get a couple points on the board – and then get out. They have a huge matchup next week with Cleveland: Big revenge game. And we all know the Jets offense has struggled at times. Give me three total touchdown passes in the game.

Who will win and by how many points?

The pick: The Ravens by 15 or more points

If you guys have followed me all season, you know I love the Jets. I’m sorry – I cannot make a case for them here. The injuries are just too rampant throughout in the secondary and the offense … not to mention, the Ravens are arguably the best team in the league. I have to take the Ravens winning by 15 or more points. 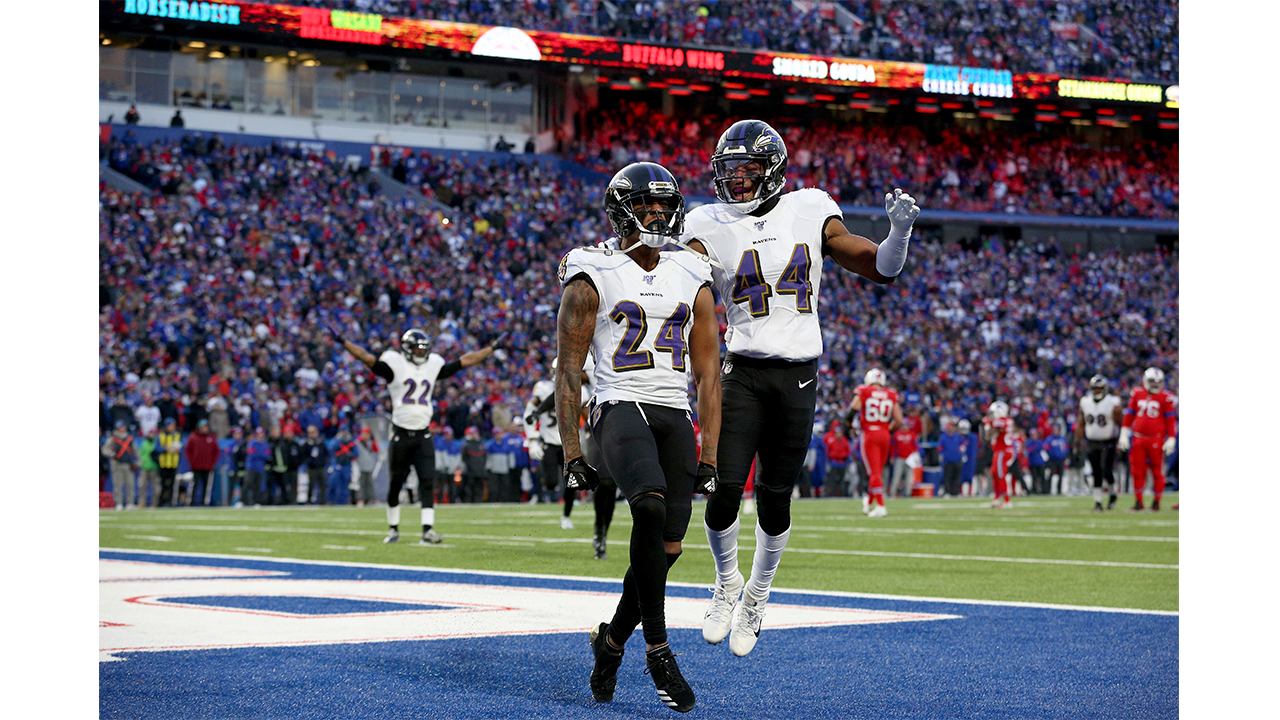