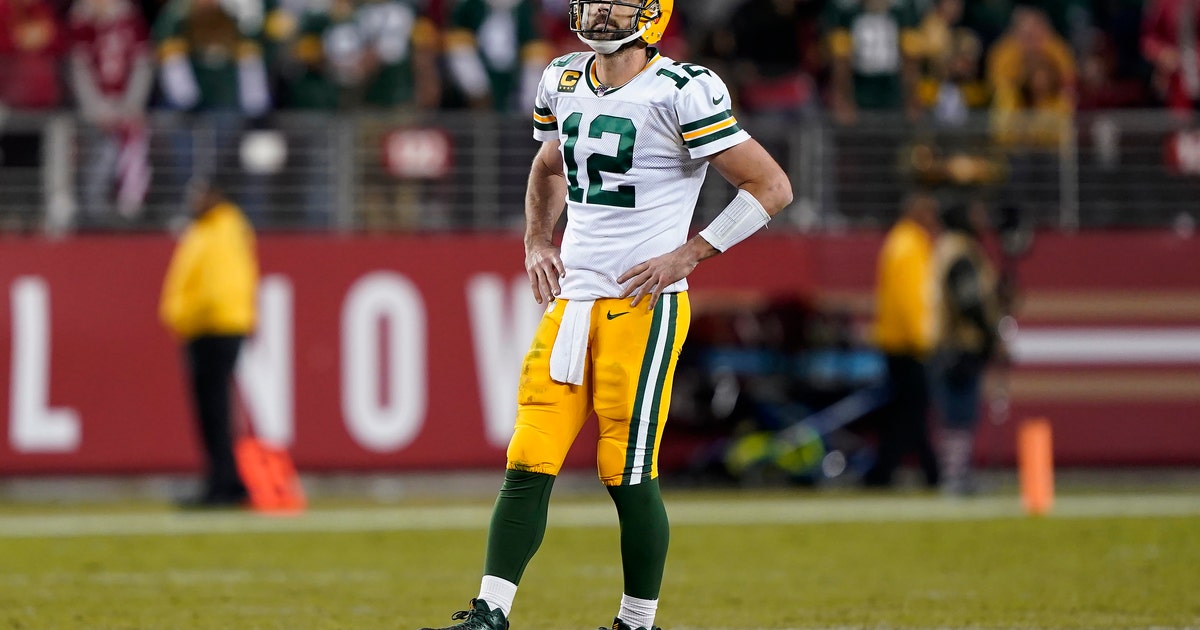 GREEN BAY, Wis. (AP) — Heading into the season opener between the Green Bay Packers and Chicago Bears, nobody knew what to expect from first-year coach Matt LaFleur, Aaron Rodgers and the Packers’ offense.

Green Bay is on top of the NFC North heading into Sunday’s home game against Chicago despite an inconsistent performance by Rodgers and company. There have been flashes of high-level offensive play, and some lackluster performances as well.

Rodgers has a passer rating of over 100.0 in four different games this season, but also four with under 90.0. Running back Aaron Jones has four games with at least 150 yards from scrimmage and five with fewer than 50. Wide receiver Marquez Valdes-Scantling emerged early on as the top contender for the No. 2 spot behind Davante Adams. But the 6-foot-4 speedster has two catches for 11 yards over the last six weeks. The Packers have scored 30 or more points in four games but also scored 20 or fewer in four other outings.

“The only difference between where we’re at now at 10-3 and being a dangerous force that can make a run deep into the playoffs and to the Super Bowl is that consistency,” Rodgers said Wednesday. “If anything that will be the deciding factor on our fate here these next seven or eight weeks. Can we find that consistency in both the run and the pass game?”

Green Bay (10-3) closes the season with three games against divisional opponents. First up is the 200th meeting with Chicago (7-6). The last time the Packers faced divisional foes in the last three weeks was 2016. They went 3-0.

“We have the guys, for sure, and the guys in specific roles,” Rodgers said. “But it’s the 11 being consistent that’s going to take us from where we are now to where we all want to go.”

The Bears’ defense took another big hit in last week’s win over Dallas when linebacker Roquan Smith tore a pectoral muscle. The No. 8 pick in the 2018 draft will miss the remainder of the season.

Without Smith and veteran Danny Trevathan, who has been out since Nov. 10 with an elbow injury, Chicago figures to go with Nick Kwiatkoski and Kevin Pierre-Louis at inside linebacker.

“Well, 44 (Kwiatkoski), I’ve always thought he’s been a really solid player,” Rodgers said. “I don’t want to butcher his last name. But he rocked me a couple years ago and I know where 44’s at most times when he’s in the game. I have a lot of respect for him, the way he’s played and his approach to the game. He’s been backing up both Danny and Roquan this season and he does a hell of a job. He’s a great player. So, we’ll see.”

But the Bears could get a lift from defensive tackle Akiem Hicks, who is eligible to return after an eight-week stay on injured reserve. A Pro Bowl pick last season, Hicks dislocated his elbow against Oakland in London on Oct. 6.

“I knew it was coming and prepared accordingly,” Hicks said. “One of the things I really focused on was just making sure my elbow was in the strongest place possible. We still have some finishing up to do and there’s all these dates to make gains and get a little bit better. Just working on that.”

Adrian Amos had his best game as a member of the Packers last week against Washington. The fifth-year safety had an interception, a sack and seven tackles. It was the first time a Green Bay defensive back had a sack and an interception in a game since Micah Hyde in November 2014.

“I just try to hold myself accountable,” Amos said. “I just want to be available. I was taught at a young age that the greatest ability is availability. Just being out there and just giving myself an opportunity to make plays. You want to be a guy that people can trust and rely on.”

Amos has played all but four defensive snaps this season after signing with Green Bay for $37 million in March. Amos spent his first four seasons in Chicago. He picked off Mitchell Trubisky in the end zone to seal a 10-3 Packers victory over the Bears in the season opener in Chicago.

“I don’t really think into it that much,” Amos said. “I just really focus on this team and the opportunity we have, you know, playing these next three games. I don’t look at it as this big rivalry or anything. This is literally just the next game on the schedule for me.”

The Bears need Trubisky to continue his solid run if they’re going to keep their slim playoff hopes alive.

The former No. 2 overall pick has completed 70% of his passes for 860 yards, seven touchdowns and four interceptions with a 99.1 rating while leading Chicago to three straight wins. Though two of those games were against the New York Giants and Detroit Lions, he picked apart a top-10 defense last week in a 31-24 victory over the Cowboys.

“I just think he’s playing at a really high level right now,” LaFleur said. “He just looks decisive. If it’s not there, he’s using his legs a little more. So we’re going to have to be extremely disciplined in our rush lanes and just make sure we keep eyes on him at all times because he’s a talented guy. If it’s not there on schedule, he can really hurt you with his legs.”

Trubisky matched a season high by throwing for three touchdowns and ran for a score against Dallas. He completed 23 of 31 passes for 244 yards and ran for 63 yards, the most for him this year.

Kevin King was a bit of a surprise scratch with a shoulder injury last week after the Packers cornerback was a full participant in last Friday’s practice. The third-year pro appears to be on track to play on Sunday.

“I think he’s in a good spot right now,” LaFleur said Thursday. “I like where he’s at right now.”

King has four interceptions, a sack and a forced fumble this season.

The Bears’ victories haven’t exactly come against the league’s heavyweights. That’s something they’ll need to change down the stretch, with games against AFC West-leading Kansas City and Minnesota remaining after this one.

The six teams Chicago holds victories over are a combined 28-49-1, and the only one with a winning record is the Vikings. The Bears beat Minnesota 16-6 at Soldier Field on Sept. 29, with Chase Daniel playing most of the game after Trubisky exited with a left shoulder injury.

Skip Bayless on Packers’ loss vs. 49ers: Aaron Rodgers is a fraud in the postseason I UNDISPUTED

Skip Bayless on Packers’ loss vs. 49ers: Aaron Rodgers is a fraud in the postseason I UNDISPUTED