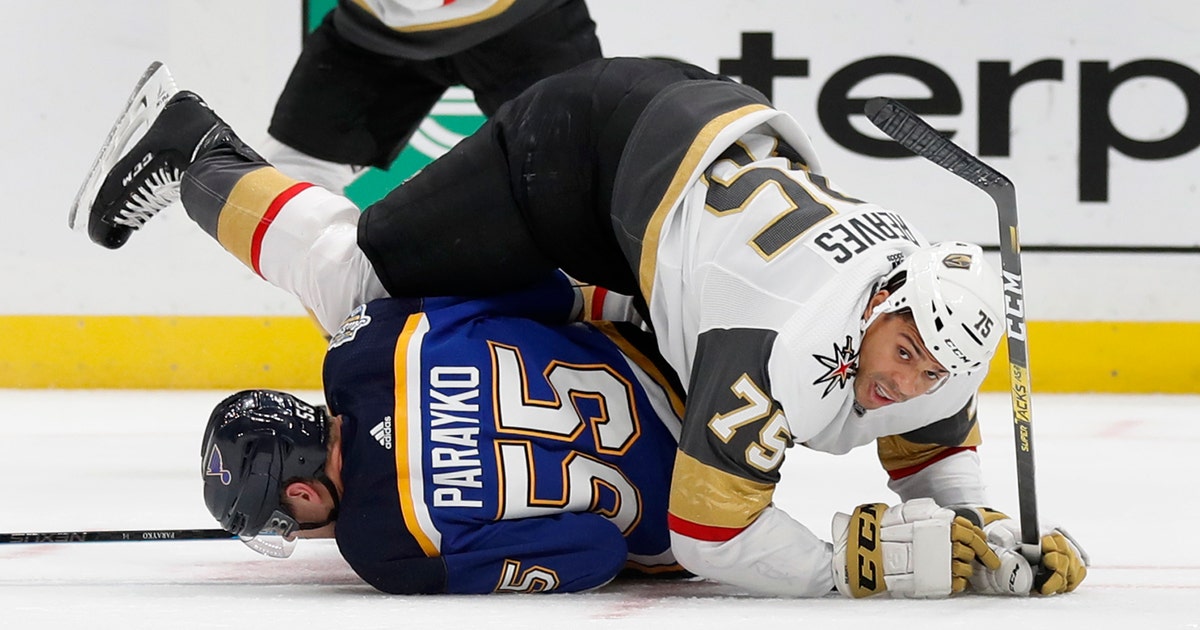 ST. LOUIS (AP) — Oskar Sundqvist had a goal and an assist as the St. Louis Blues beat the Vegas Golden Knights 4-2 on Thursday night.

Mackenzie MacEachern, Jaden Schwartz and Robert Thomas also scored for the Blues, who snapped a three-game skid. Jordan Binnington made 27 saves after getting pulled from his previous start against Toronto last Saturday when he allowed four goals on 11 shots.

Max Pacioretty and William Carrier had the goals for the Golden Knights, who lost for the third time in four games. Marc-Andre Fleury stopped 25 shots in his 820th career game, which tied Sean Burke for 14th on the NHL’s all-time list.

The Blues took control with two goals in a 39-second span late in the second period.

Schwartz gave the defending Stanley Cup champions a 3-2 lead with 5:07 left in the frame, ripping home a big rebound off a shot by Brayden Schenn. Thomas made it 4-2 moments later, beating Fleury short side on a shot that deflected off his arm.

MacEachern gave the Blues a 1-0 lead on a one-timer off Jacob de la Rose’s pass at the 4:52 mark of the first period.

Pacioretty tied it 25 seconds later, putting in his own rebound on a breakaway for his second goal in two games.

Carrier’s first goal in 14 games gave the Golden Knights a 2-1 lead with 7:32 left in the first. Carrier tucked home a rebound of Nate Schmidt’s shot.

Sundqvist tied the game for the Blues at 1:34 of the second, deflecting Alex Pietrangelo’s shot past Fleury for his ninth of the season.

Golden Knights: At the Dallas Stars on Saturday.