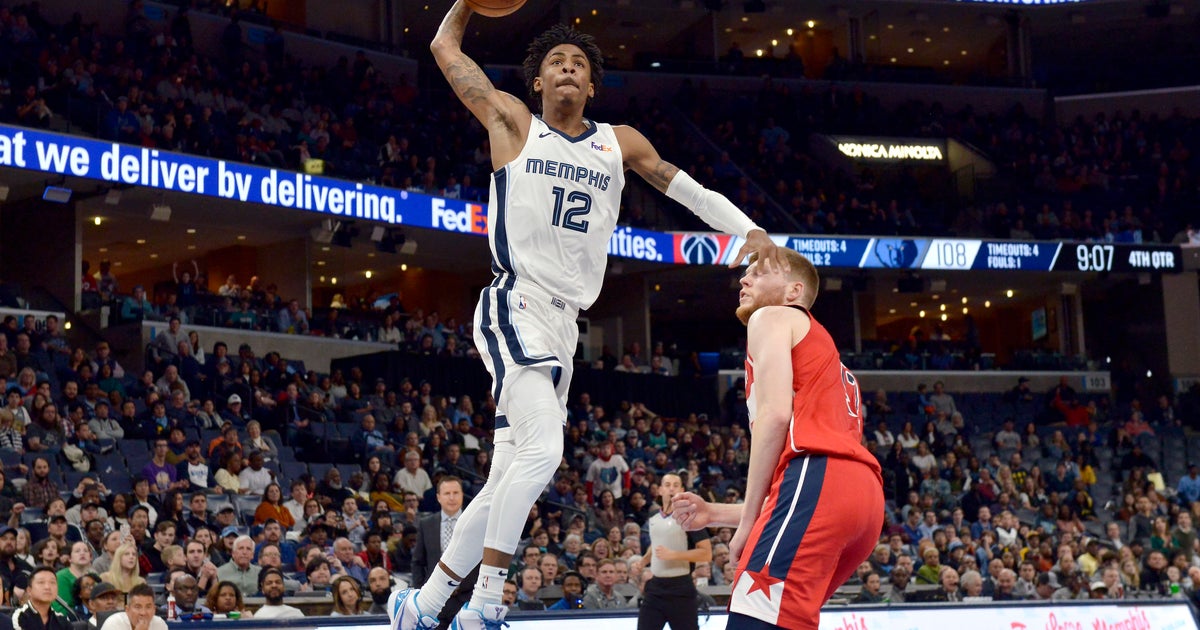 Ja Morant added 18 points and Jaren Jackson Jr. had 16 to help the Grizzlies win for the third time in the last four.

Bradley Beal led the Wizards with 29 points, but was 8 of 23 from the field. Troy Brown Jr. had 16 points, and Ish Smith and rookie Admiral Schofield scored 14 each for Washington.

The Grizzlies would stretch the advantage to 24 in the fourth.

Beal had 15 points, but the Wizards couldn’t match Memphis’ shooting pace, connecting on 41%.

Wizards: G Isaiah Thomas, who was listed as questionable before the game, did not play, missing his fifth straight with a left calf strain. … C Moritz Wagner also was out with a left ankle sprain. With Wagner out and Thomas Bryant suffering from a stress reaction in his right foot, little-used Ian Mahinmi was the only true center available and started. … Davis Bertrans who had 32 points in Tuesday’s game at Charlotte, was held to nine points. He had reached double figures in 12 of his previous 13 games.

Wizards rookie Rui Hachimura and Grizzlies two-way player Yuta Watanabe were on the court at the same time in the second quarter, marking the first time in an NBA regular-season game that two Japanese-born players appeared in the same game.

Wizards: At Detroit on Monday night.