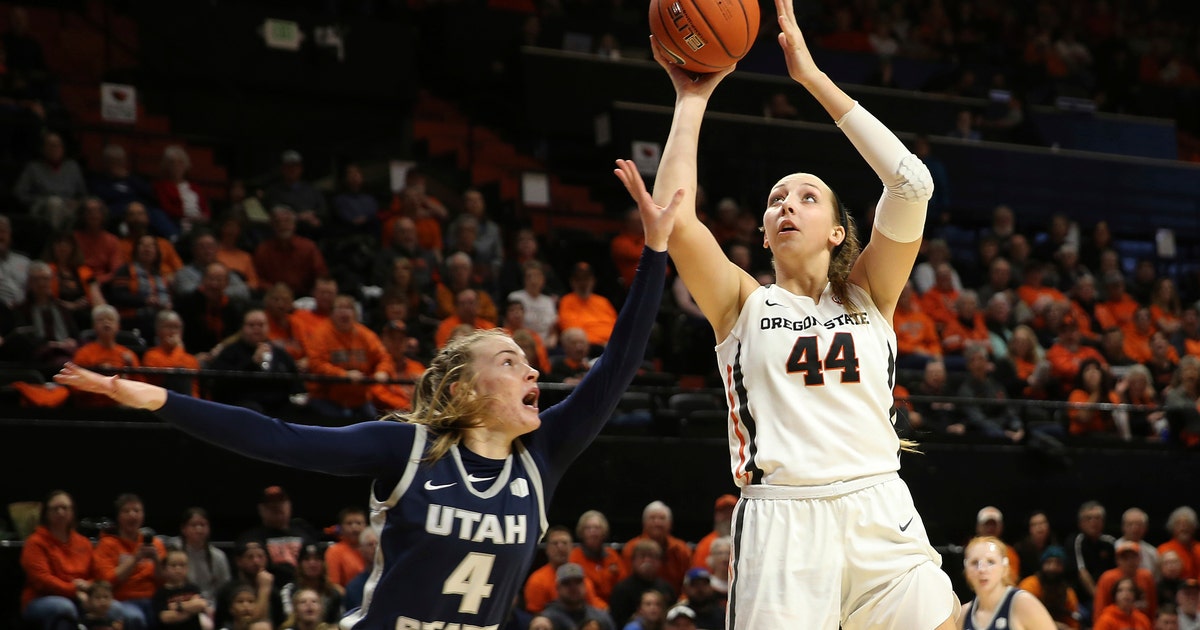 CORVALLIS, Ore. (AP) — Mikayla Pivec had 18 points, 13 rebounds and seven assists and Oregon State improved to 9-0 with a 75-46 victory over Utah State on Saturday.

Destiny Slocum had 17 points, including four 3-pointers, for the Beavers. They are off to their best start since the 2014-15 season when they won 10 straight to open the season.

Freshman Taylor Jones had 14 points and 13 rebounds and Oregon State led by as many as 32 points.

The Beavers extended the lead by as many as 20 points in the first half, but Jensen-Baker’s 3-pointer closed Utah State to within 35-22 with 2:27 left. Oregon State closed on a 5-0 run for a 44-22 advantage at the break.

Jensen-Baker led all scorers at the break with 13 points, including three 3-pointers.

Utah State coach Jerry Finkbeiner stepped down as Utah States head coach last month after taking a leave of absence for a non-life threatening health condition. He had coached the Aggies for seven seasons.

Associate head coach Ben Finkbeiner, his son, is serving as interim head coach for the rest of this season.

Utah State: Oregon State was the second ranked team that the Aggies have faces this season. Utah State fell to then-No. 1 Oregon on Nov. 13. Utah State is 0-16 against ranked opponents. Marlene Aniambossou fouled out of the game with 3:47 left in the third quarter.

Oregon State: The Beavers lead the all-time series against the Aggies 4-1. … Oregon State was among 15 undefeated teams in the nation going into the game. … Pivec moved into the top 10 for scoring on Oregon State’s career list.

Oregon State heads to Hawaii for the Maui Jim Classic next week, and will face Northern Arizona on Wednesday and BYU on Thursday.