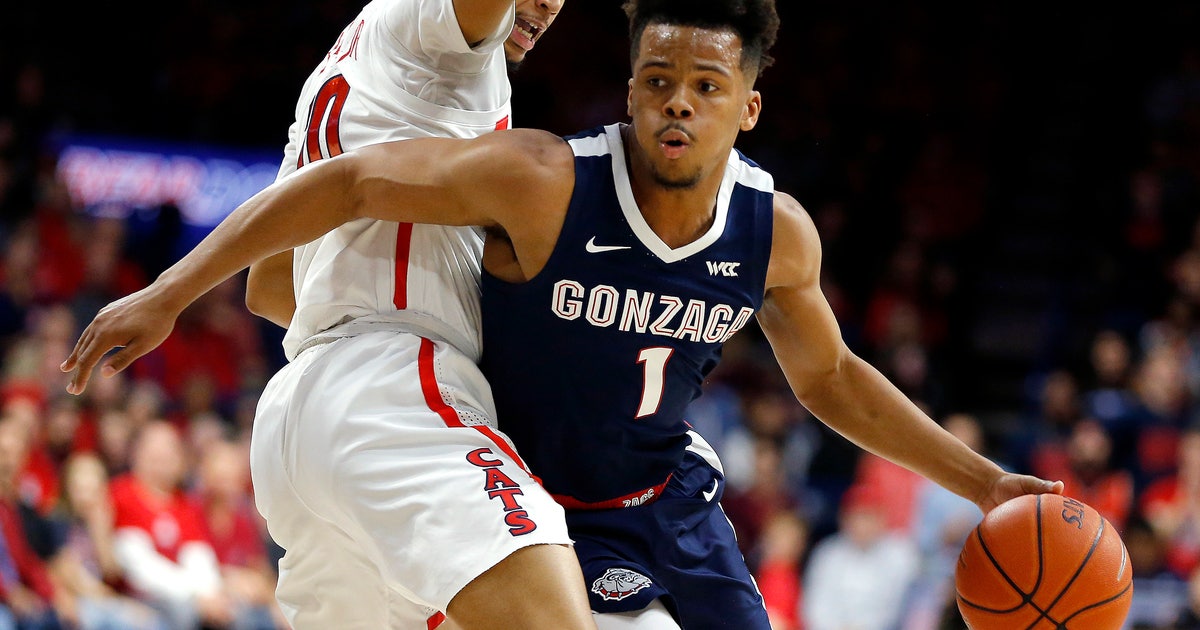 After struggling most of the night, Arizona (10-2) went on a 15-1 to pull within two, but Gonzaga’s Ryan Woolridge sealed it by hitting two free throws with 1.7 seconds left.

Gonzaga played a crisp offensive game, repeatedly beating the Wildcats with ball screens, and cleaned up the defensive glass in the second half after giving up a rash of second-chance points in the first.

The Zags also shut down Arizona star freshman Nico Mannion, who had seven points on 3-for-20 shooting, including 1 for 10 on 3-point attempts.

Gonzaga did it with Killian Tillie in foul trouble most of the night before he limped off to the locker room with about seven minutes left.

The Wildcats started strong with a boost from a boisterous McKale Center crowd and Zeke Nnaji’s early energy.

After that, Arizona struggled from the perimeter and had numerous defensive breakdowns in the second half as Gonzaga pulled away, prompting coach Sean Miller to repeatedly point to his assistants and yell “Get him out of there!”

The Wildcats finally found some cohesiveness at both ends, getting the fans out of their seats during the big late run before falling short.

Nnaji had 14 points and 17 rebounds, and Josh Green added 17 points for Arizona, which shot 8 for 30 from 3-point range.

Two of the West’s best programs agreed to their latest home-and-home series, playing in the desert this year before heading to Spokane next season.

Arizona, led by its fabulous freshman trio, rolled through its early 2019-20 schedule, the only loss coming on Dec. 7 when a big second-half comeback came up short against No. 11 Baylor.

Gonzaga had a similar resume heading into Saturday night’s showdown, losing only to No. 5 Michigan in the Battle 4 Atlantis title game.

Revved up by a the crowd, the Wildcats crushed the Zags on the glass early — a huge point of emphasis by Miller against Gonzaga’s big front line. Arizona had nine offensive rebounds in the first eight minutes to build a nine-point lead and make up for an 0-for-7 start from 3-point range.

The Bulldogs clawed their way back as the Wildcats continued to clank from the perimeter — 1 for 15 from 3 — and led 35-34 at halftime. Arizona had 13 second-chance points on 12 offensive rebounds in the first half.

Gonzaga cleaned up its defensive glass issues to open the second half and used a 12-0 run to go up 54-45. The Zags continued to take advantage of Arizona’s defensive miscues and went on an 8-0 run to push the lead to 69-55.

The Wildcats had one more run left, but ran out of time.

Gonzaga withstood a massive run in one of college basketball’s toughest environments to win a huge road game.

Arizona put itself in a tough spot due to defensive breakdowns and poor perimeter shooting, falling just short despite its big run.