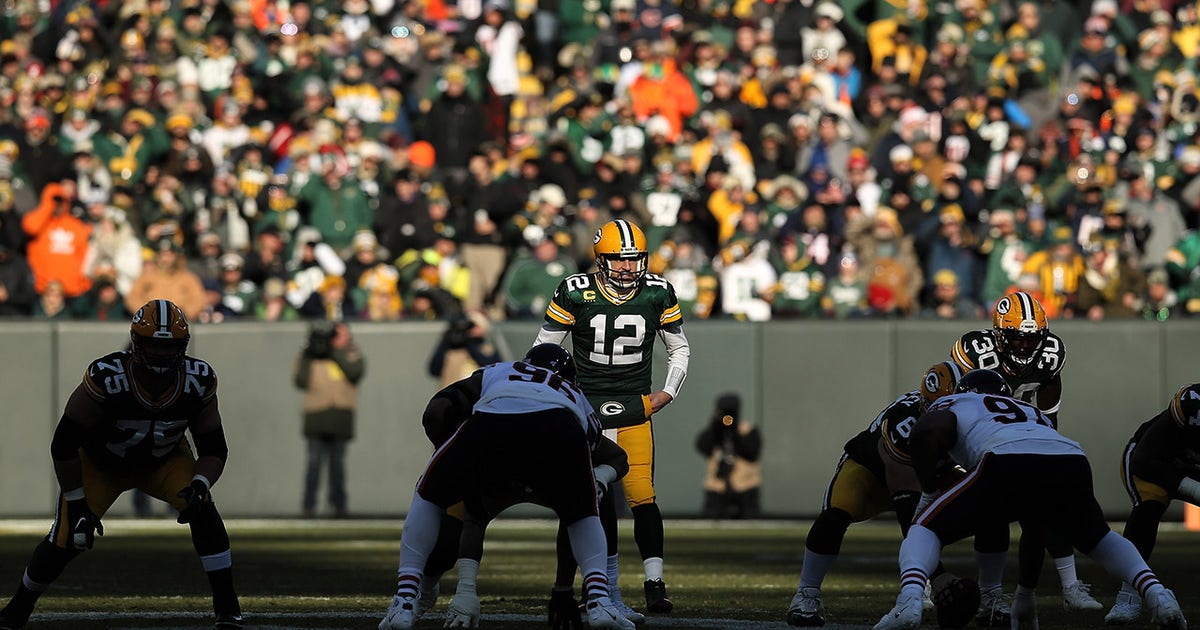 Aaron Rodgers described the Green Bay Packers’ latest victory as “ugly” — a word he has been using a bit more often than usual lately.

The Packers squeezed by the Chicago Bears in a wild 21-13 finish on Sunday that saw their opponent come within a couple of yards and a teensy bit of luck of pulling off a miraculous trick play as time wound down.

And so Green Bay survived again, and so Rodgers racked up yet another victory. And so home field advantage, at least in the first round of the playoffs, appears to run firmly through the frosty expanse of Lambeau Field.

Yet while another postseason tilt for Rodgers and the Packers would seem to be a return to normalcy following a two-year absence, there is nothing particularly routine about the way they’ve gotten to this point.

Those 11 wins have often come in far more difficult fashion than might have been expected, while being interspersed by worrying setbacks. The question, with two weeks of the regular season remaining, is this: have the Packers’ struggles steeled them for what lies ahead, or exposed cracks that will doom their chances of making a deep run?

“We’re 11-3 and we control our destiny for a playoff bye,” Rodgers told FOX’s Pam Oliver after the game. “And I don’t think many teams want to come here and play us. With this weather, this field, this crowd … We feel good about our chances.”

“I don’t think many teams want to come here and play us in this weather, on this field, with this crowd.” ??

Aaron Rodgers laying the facts on straight after the @Packers moved to 11-3 pic.twitter.com/Vy7syc3uRb

History suggests Rodgers has every right to feel assured. A player who has won two MVPs and a Super Bowl ring while taking his team to eight straight playoff appearances up until 2016 has earned the benefit of the doubt. However, the main reason why there is a lack of collective public confidence in the Packers presently is because of his difficulties this season.

“Very often we judge the Packers by ‘how great does Aaron Rodgers look?’” FS1’s Nick Wright said on First Things First. “And Aaron Rodgers and that passing offense have not looked great. If you had told me they were going to be 11-3 at this point I would’ve said, ‘Okay, good, my Super Bowl pick is looking good.’

“But I would’ve thought it’s because Aaron Rodgers is a top-three MVP candidate … and he hasn’t been. Yesterday’s game was another where Green Bay gets out to a lead, lets the other team kind of hang around, but they leave with a win.

“Aaron Rodgers has to play better than he’s playing right now. He is not making critical mistakes, but to beat the best teams in the league, he has to be the guy I still believe he can be.”

According to ESPN, ahead of last weekend’s game Rodgers ranked 16th in the league in yards per attempt this season and 22nd overall over the past three seasons. The Packers have survived nail-biters against the Bears (twice), the Minnesota Vikings, the hapless Detroit Lions and even the Washington Redskins. Their defeats, especially a 37-8 beatdown against the San Francisco 49ers three weeks ago, seemed to indicate a team that is some ways off elite pace.

However, here they are at the most critical juncture and with their fate firmly in their own hands. FiveThirtyEight gives the team a 91 percent chance of making the playoffs and a 48 percent shot of securing a first round bye, numbers that would spike sharply with a win against division rival the Minnesota Vikings this coming weekend.

FOX Bet currently has the Packers as the -450 favorites to win the NFC North, pegs them at +600 to win the NFC (behind the Saints, 49ers, and Seahawks), and lists them as a relative long shot to win the whole thing, with +1200 odds to win the Super Bowl this season.

“We judge the Packers by, ‘How great does Aaron Rodgers look.’ And Aaron Rodgers and that passing offense have not looked great. … They’re a little undervalued but if the Packers are going to go to the Super Bowl, Aaron Rodgers has to play better.” — @getnickwright pic.twitter.com/bCbobHupXR

The Packers are currently the No. 2 seed for the postseason, and provided they stay level with the Saints, they own the tiebreakers over New Orleans. Even if they suffer a loss to the Vikings in Week 16, the division could be wrapped up by beating the Lions on the final day of the season.

If home field is secured, the Lambeau factor is something in its own right. Rodgers is correct when he said no opponent wants to go there, especially when the temperatures plummet.

However, FOX’s Charles Davis wants to see improvement before he gets on board with the possibility of a deep playoff surge.

“The question I would have is, when you play teams that can take away your top weapons, people who can match up with Davante Adams on the perimeter and slow down Aaron Jones and Jamaal Williams in the backfield, can someone else emerge?” Davis asked on Sunday.

“Even though there is Aaron Rodgers, maybe there isn’t enough firepower to make that run. But by the way, this is still an 11-3 Packers team, a bend-but-don’t-break defense that’s found ways to win all year long. Aaron Rodgers will take his chances with this team.”

Green Bay is not the swashbuckling Green Bay of times past. If truth be told, there is a real possibility that Rodgers is not the Rodgers of old either. Yet the longer this run goes, it gets to the point where just a few more wins can take this team to its dream outcome.

The playoffs are all about finding ways to win, and that’s what the Packers have been doing all year. Rodgers is right: it has been ugly as heck at times. But Green Bay and Rodgers are alive and kicking — and for now at least, ugly is getting it done.

The @Packers owned the rivalry this decade ? pic.twitter.com/uCqGqCblRp