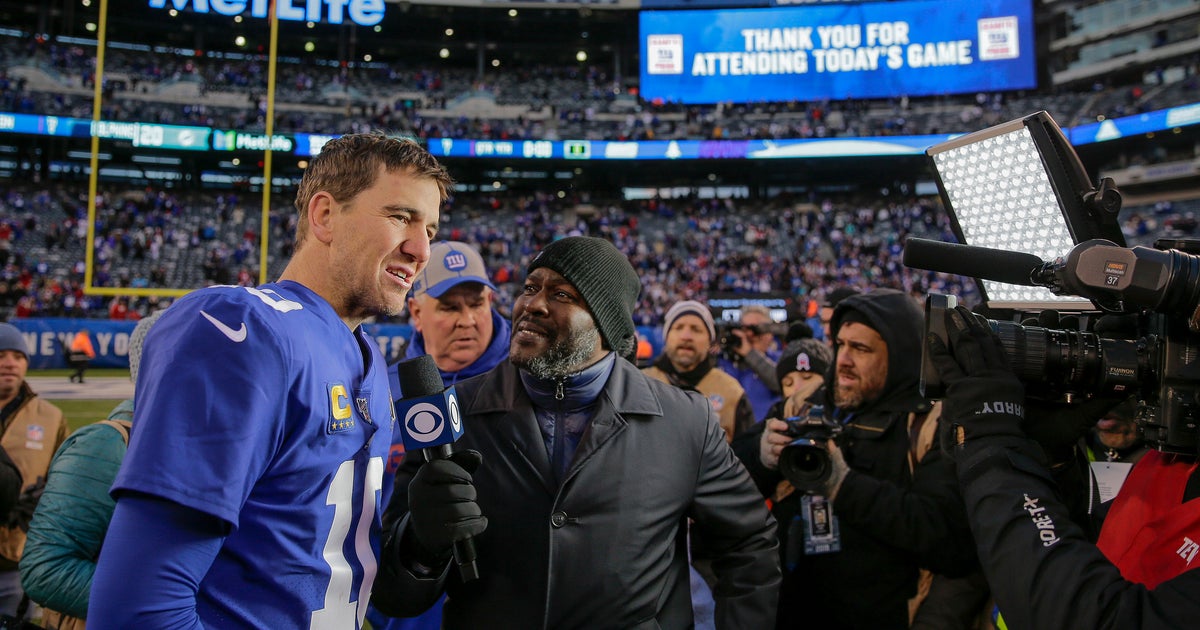 This was a Victory Monday. The players got an extra day off, and it was courtesy of the 38-year-old Manning.

In wrapping up his post-game speech after Sunday’s 36-20 win over the Miami Dolphins, Manning told teammates: “See you Wednesday.”

Tom Coughlin used to do that late in the season and the players loved it. Coach Pat Shurmur didn’t protest this time. The extra day off isn’t his style, but he was not going to spoil the moment provided by his two-time Super Bowl MVP.

The problem is there haven’t been many feel-good moments for the Giants (3-11). In fact, it’s been a season of disappointments.

They started slowly once again and saw Manning lose his quarterbacking job to first-round draft pick Daniel Jones after two games. The change sparked a two-game winning streak, but turnovers, injuries, inconsistency, repeated mistakes on defense and an offensive line that didn’t deliver have led to a sixth losing season in seven years.

If there is a positive, the Giants say they will have the second overall draft pick next spring if they lose out. They are at Washington on Sunday and face Philadelphia at home on Dec. 29.

Shurmur, who posted a 5-11 mark last year in his first season, said Monday he has not spoken with management about his future. His focus is on the Redskins (3-11).

Manning’s future also is uncertain. He will start his third straight game on Sunday if Jones cannot play because of a sprained ankle. If Jones is ready, Manning will sit again and wait, knowing his career with the Giants probably will end in two weeks when his contract expires.

After that, he will wait and see if someone is willing to give him a 17th NFL season, or whether he even wants one.

The offense with Manning back in control. New York scored a season-high 36 points and had 412 yards in total offense. It was only the second time this season New York surpassed 400-plus yards. The other was in the season opener against Dallas (470). Manning also started that game. The other common theme is the running game worked. Saquon Barkley ran for more than 100 yards in both contests.

Shurmur. His post-game news conference should have been a layup. All he had to do was embrace the feel-good story of the season. Say it was great to see the fans, the players and almost everyone celebrate Eli in what might have been his final start at home after 16 seasons. While he said it was nice to see Manning lead the Giants to victory, it didn’t sound like his heart was into it. It was a verbal fumble in a season of fumbles and turnovers.

Dalvin Tomlinson. The third-year defensive tackle keeps making plays despite getting fewer snaps this season. He has 21 tackles, 22 assists and a career-high 3 1/2 sacks He stuffed Dolphins running back Patrick Laird for a 3-yard loss on a fourth-and-1 from the Giants 10 in the first quarter.

“I find him to be very disruptive,” Shurmur said Monday. “He plays hard, he’s tough. He has all the things you are looking for in a player.”

Lorenzo Carter. Big things were expected of the second-year linebacker in training camp. Some even spoke of the third-round pick emerging as a pass rusher and getting 10 sacks. He was invisible Sunday. He had an assist on a tackle and one pass defended.

4 — The Giants got into the red zone four times and scored four touchdowns. That’s a winning formula.

The Giants hit the road for the final time to face Washington. The Redskins were the only team New York dominated in 2019. However, that was before the coaching change in DC and Dwayne Haskins being elevated as the starter. Haskins played against New York in relief on Sept. 29 and struggled.