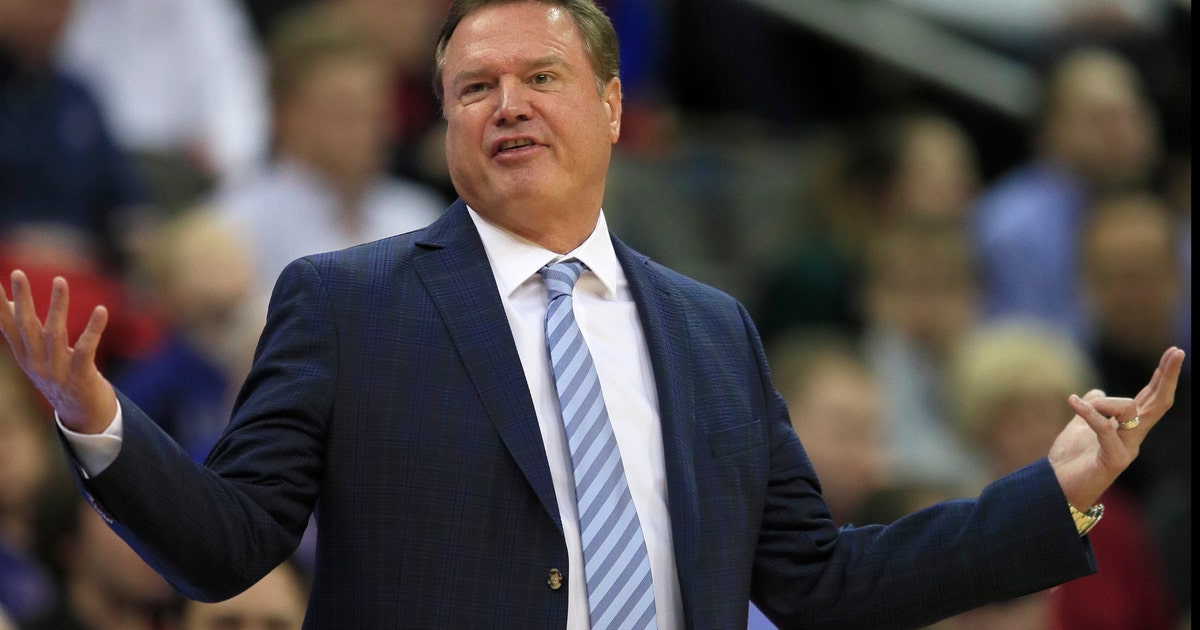 It is Kansas’ turn at No. 1 in the Top 25 men’s college basketball poll, while another blueblood — North Carolina — is out for the first time in nearly six years.

The Jayhawks (9-1) moved up one spot to become the fifth team to top the poll in an already wild season. It is the first time the AP poll has had five different No. 1s before New Year’s Day; the record for an entire season is seven, set in 1982-83.

Michigan State, Kentucky, Duke and Louisville have been the other top-ranked teams so far in a year with no dominant team.

The Jayhawks, who received 47 of 65 first-place votes, haven’t lost since falling to Duke in the Champions Classic to open the season. That run has included winning the Maui Invitational and beating a then-ranked Colorado team, with all but the overtime win against Dayton for the Maui title coming by double-digit margins.

Kansas coach Bill Self said his team has “been pretty good and fairly consistent” since the Duke loss.

“I think we are getting better, but still, up until about January, rankings don’t really mean that much,” Self said last week of potentially rising to No. 1, “but it is worth a little bit more as we get toward conference play.”

The Tar Heels failed to crack 50 points in losses to both highly ranked Ohio State and Virginia, then lost Sunday to Wofford in Chapel Hill with star freshman point guard Cole Anthony and fellow starter Leaky Black out with injuries.

Gonzaga (11-1) jumped four spots to No. 2 and earned 15 first-place votes, followed by last week’s No. 1 Louisville falling to third after losing to Texas Tech. Duke rose three spots to fourth, followed by Ohio State falling two spots to No. 5 after a loss at Minnesota.

Kentucky, Maryland, Oregon, reigning national champion Virginia and Baylor round out the top 10.

Michigan (8-3) had the biggest slide of the week, falling nine spots to No. 14 after losses to Illinois and in overtime to Oregon. The Wolverines were unranked to start the season but shot up to No. 4 after winning the Thanksgiving-week Battle 4 Atlantis in the Bahamas.

Ninth-ranked Virginia and No. 12 Auburn, which met in last year’s Final Four, were the only teams to remain at the same position.

Penn State checked in at No. 23 for the program’s first poll appearance in more than two decades.

The Nittany Lions (9-2) hadn’t appeared in the AP poll since being ranked 18th in March 1996. Before that season, Penn State was last ranked in December 1954.

Joining Penn State as the week’s new additions were No. 22 Washington, No. 24 Texas Tech and No. 25 West Virginia, though the Huskies and Red Raiders were both ranked previously this year.

The Big Ten led the way with five ranked teams, including current No. 15 and preseason No. 1 Michigan State. The Big 12 and Atlantic Coast Conference each had four ranked teams, while the Pac-12 and Southeastern conferences each had three.