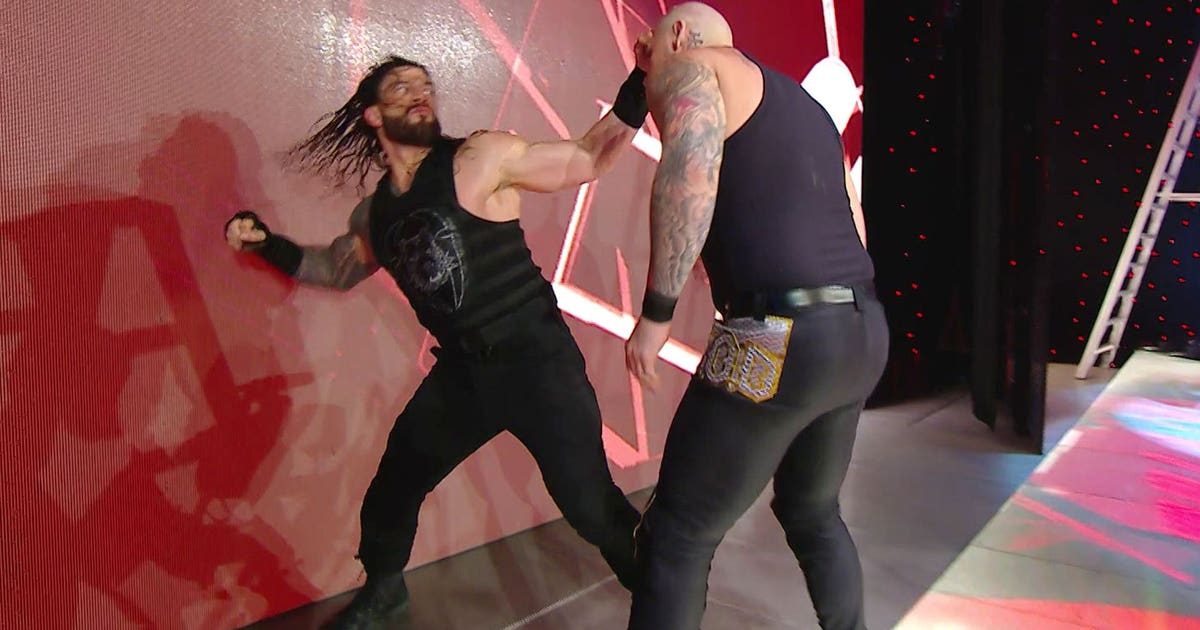 MINNEAPOLIS — There was nothing at stake in the Ladder Match between Roman Reigns and King Corbin except pride. No titles hanging above the ring, no contract, no can of dog food dangling from the rafters. The only thing suspended during the match was the question of whether Reigns could answer the abject disrespect he’d suffered at the hands of the King of the Ring over the past few weeks. And at the end of the day, the answer was … no.

The King proved victorious in the highly-touted TLC Match, once again employing his usual cast of thugs, bagmen and acolytes to thwart The Big Dog and seize the victory. The first one out of the gate was Dolph Ziggler, who had apparently been hiding under the ring. The Showoff jumped up to drop Reigns with a superkick as The Big Dog to Spear Corbin into the timekeeper’s area. Reigns fought back, even dropping Corbin’s retinue with a Kendo stick. The Revival — somehow still ambulatory after their Ladder Match just hours earlier — quickly rushed the ring and stacked the odds one row too high for Reigns to overcome.

While The Big Dog briefly struck back by dropping Corbin’s entire court with a dive over the ropes, The Showoff fastballed a chair into his face before he could unleash a Spear, leading to a Zig Zag and Shatter Machine one-two that left Reigns helpless against Corbin’s final stroke: An End of Days straight to a steel chair that earned him the victory.

In one sense, this is tremendously surprising. It often feels like you can count Roman Reigns’ big-match losses on one hand with fingers left to spare. But Corbin has been a major player all year; the noise against him is often so loud that it’s easy to forget he retired Kurt Angle and won King of the Ring. Beating Reigns wasn’t exactly pre-ordained, but it was certainly not as out of the question as some may have suspected. And, at the end of the day, Reigns is only one man. What’s one man to a king and his court?