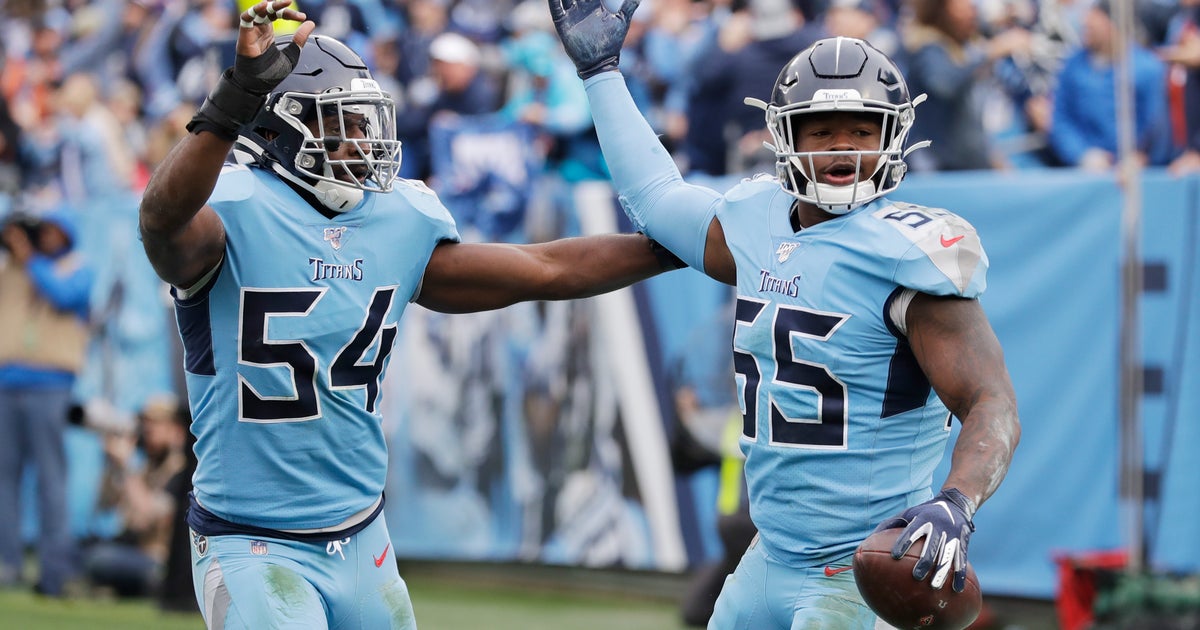 And that’s if they can handle their own business first, which won’t be easy with the high-flying New Orleans Saints and a visit to Houston still left.

The Titans missed the opportunity to control their own playoff future with a 24-21 loss to Houston on Sunday, snapping a four-game winning streak with only their second loss in eight games.

“We can’t just pout and feel bad for ourselves, feel sorry for ourselves,” Titans coach Mike Vrabel said Monday. “We’ve got to go on to the next week.”

The Titans are the last team out of the AFC’s six playoff berths, tied with Pittsburgh at 8-6. The Steelers hold the tiebreaker with a 6-3 record inside the conference with Tennessee 6-5. So studying the scenarios might feel good, but several Titans insisted Monday that studying scenarios of what must happen does them no good.

“We can’t control what goes on outside of what we do,” tight end Jonnu Smith said.

The Titans offense in the fourth quarter remains strong. That’s easily their best quarter, scoring 125 points with a 61-point scoring difference. They scored two more touchdowns in the fourth quarter, the second a 75-yard drive that used up only 1:22 on the clock. Tennessee also finished with 432 yards total offense, the fifth game of 400 yards or more in the past eight games.

Starting quicker. The first half is a big issue for the Titans, who have been outscored in both the first quarter (48-67) and in the second quarter (70-89). In each of the past three games, they’ve turned over the ball to set up the opponent’s first touchdown. The Titans bounced back to win the first two. Against Houston, they fell behind 14-0 by halftime and never took a lead.

Rookie A.J. Brown. The wide receiver is proving to be a second-round steal out of Mississippi. He not only leads the Titans with 47 catches, 893 yards and seven touchdown catches, Brown also leads all NFL rookie receivers in yards receiving. He’s tied for the rookie receiver lead for TD catches, and only his former Ole Miss teammate D.K. Metcalf (52) has more catches.

Brown had 114 yards receiving and a TD for his fourth 100-yard receiving game, making him the franchise’s first rookie to do that since Ernest Givins had four in 1986. Brown also became the first Titan with four such games in a single season since Drew Bennett had five in 2004.

But he wasn’t happy he had 13 passes thrown to him and only caught eight — both career highs.

Kicker Ryan Succop. The failure to better protect themselves at kicker during the offseason keeps costing the Titans. They didn’t bring in a true kicker during training camp, then put Succop on injured reserve to start the season. He’s now 1 of 6 on field goals after having a 45-yarder blocked in the first quarter by the Texans.

The Titans got cornerback LeShaun Sims back after an injured right ankle kept him out of two games. Cornerback Adoree’ Jackson has missed two games with an injured foot. If he’s able to return, that would be a big help to the secondary.

RB Derrick Henry ran for 86 yards on 21 carries after not practicing all last week with a sore left hamstring. He had a long run of 23 yards, but the hamstring is an issue.

2 — The Titans need two more wins but still have a chance for the franchise’s first double-digit win season since going 13-3 in 2008.

Host the Saints on Sunday, then visit Houston. And hope for some help from either the Jets or Ravens, the teams Pittsburgh visits to wrap up the season.