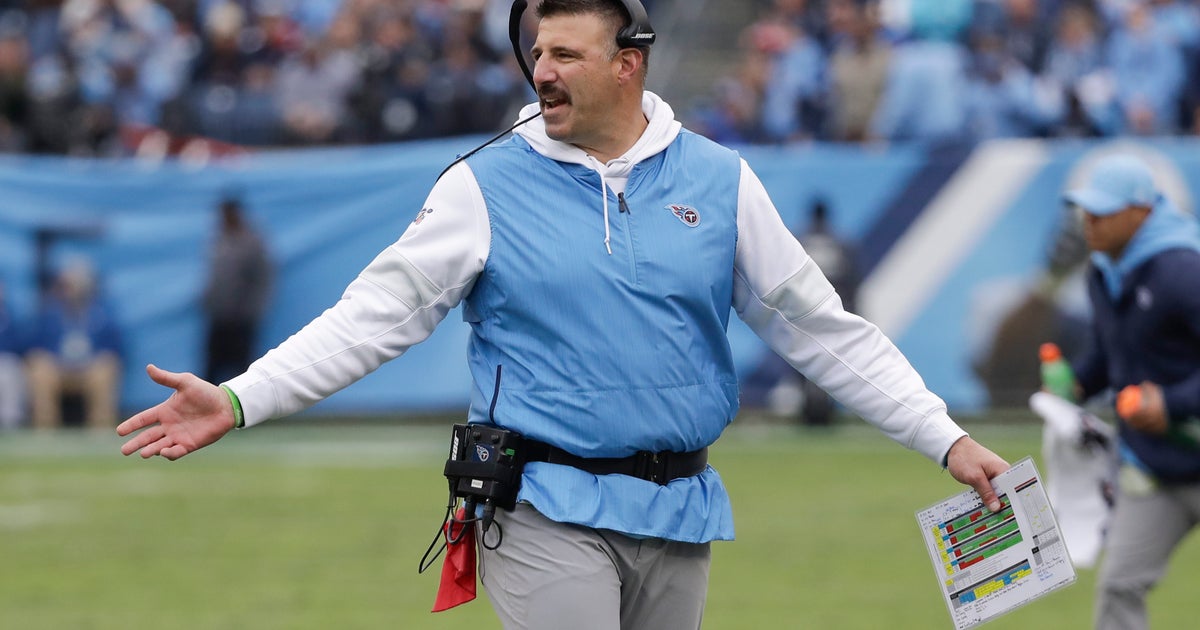 NASHVILLE, Tenn. (AP) — The Tennessee Titans had a chance to seize control of the AFC South, a division they haven’t won in a decade.

Yet again, they found a way both early and late to let the opportunity slip through their fingers.

Kicker Ryan Succop had a field goal blocked and Anthony Firsker had a would-be touchdown pass knocked out of his arms into the hands of a Texans linebacker for an interception in the first half. The Titans also couldn’t recover an onside kick with a couple minutes left before fielding a punt at the Tennessee 1 in the fi nal seconds of a 24-21 loss to the Houston Texans on Sunday.

“It was too little, too late,” Titans quarterback Ryan Tannehill said.

The Titans (8-6) now trail Houston (9-5) inside the division, and they’re on the outside of the AFC’s six playoff berths with both Pittsburgh and Buffalo, who play Sunday night, ahead of them for the wild-card spots. The schedule doesn’t help Tennessee chase its second playoff spot in three seasons with New Orleans visiting before the Titans go to Houston in the regular-season finale.

“If we find a way to win (against New Orleans), I would imagine we have all the opportunities in the world,” Titans coach Mike Vrabel said.

The Titans snapped their four-game winning streak with only their second loss in eight games. They outgained Houston 432-374 and also intercepted Deshaun Watson twice — on the opening drive just inside the Tennessee goal line and again late in the third quarter when linebacker Jayon Brown picked off a tipped pass i n the end zone.

But Tannehill’s lone interception came in the second quarter on first-and-goal in a scoreless game.

“I’ve got to make that catch and control the ball and not let it pop out like that,” Firsker said.

Tannehill called that a huge swing. The Titans also gave up an early touchdown last week when a Tannehill pass was batted into the air and intercepted. They shut out Oakland in the second half of what wound up a 42-21 rout.

“Two weeks in a row that it popped right into someone’s lap, so that’s a tough situation and a tough swing for us,” Tannehill said.

Vrabel even tried another fake punt against the Texans. Last season, safety Kevin Byard threw a pass to Dane Cruikshank for a 66-yard touchdown. This time, punter Brett Kern threw on fourth-and-10 again to Cruikshank, who appeared to be interfered with by Houston cornerback Lonnie Johnson Jr. with no flag thrown.

“Just trying to get something there where you’re in that long field goal range,” Vrabel said. “New rules, we’ll have to execute it a little better.”

The Titans, who trailed 14-0 at halftime, tied it up after Brown’s interception to force their own 14-point swing. Tannehill ran for a 1-yard TD to open the third quarter, and he hit rookie A.J. Brown with 13:35 left on a 5-yard TD pass. Even after Houston scored 10 straight points, Tannehill found Dion Lewis for an 11-yard TD with 2:04 left for one last chance.

But the onside kick of backup kicker Ryan Santoso went only 7 yards before being recovered by the Texans. After the defense forced a punt, LeShaun Sims fielded the ball at the Tennessee 1, another error. A sack and a spike ruled too late, and the game was over.

Tennessee fought its way back into wild-card contention a year ago and hosted Indianapolis in the final game of the 2018 regular season with a playoff berth going to the winner. The Titans lost that game too, 33-17.

Right now, the Titans quickly focused on the Saints.

“You don’t know what can happen,” said Derrick Henry, who snapped a four-game streak of 100-yard games with 86 yards rushing. “Every week is different. Anything can happen. We’re just going to keep working, keep our head down, and keep doing what we need to do to put us in the best position to get to the playoffs.”