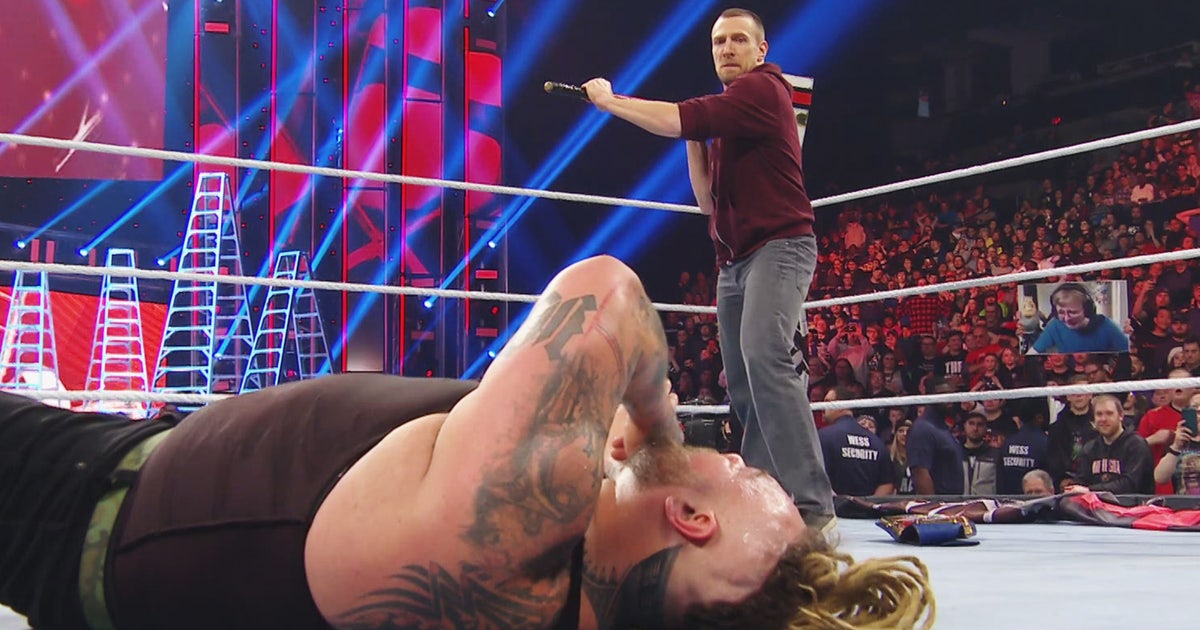 MINNEAPOLIS — The Miz’s match with Bray Wyatt had more questions than answers in a way that almost none of the other matches on the WWE TLC card could boast. Was Mr. Rodgers Bray Wyatt actually going to compete instead of the other guy? Would Miz get retribution for Wyatt’s terrorizing of his family? And what happened to Daniel Bryan anyway? The truly strange thing about this truly strange match was that all of these questions were answered.

Yes, Miz got even with Wyatt in a fashion, handily obliterating an opponent who barely seemed to even want to fight. Yes, Wyatt wrestled in his cardigan and entered to his jolly Firefly Fun House theme song instead of his alter ego, although he did show up, silently appearing on the TitanTron after Wyatt defeated Miz with a pair of Sister Abigails. And as for Daniel Bryan, he reappeared with a buzzcut and shaved beard, attacking Wyatt as he was in the midst of carrying out his better half’s apparent bidding, preparing to bludgeon Miz with a giant mallet hidden beneath the ring.

Bryan didn’t hold back against the Universal Champion, first blasting his rival with a Running Knee and following up with a barrage of “Yes!” Kicks — the WWE Universe can probably call them that again, as the “Yes!” Movement was in full force. But when Bryan seized the mallet and stood over the fallen Wyatt, the lights cut out and Wyatt vanished.

Wyatt’s disappearance left Bryan to bring the implement down on the empty ring, climb the ramp and reignite the “Yes!” Movement in a post-match celebration with the WWE Universe. And while it’s rare that Bray Wyatt has anything to regret these days, he may well look back on this last month and consider it a rare miscalculation. He walked into TLC having simply toyed with a man’s family. He left having reignited a movement and woken a sleeping dragon.