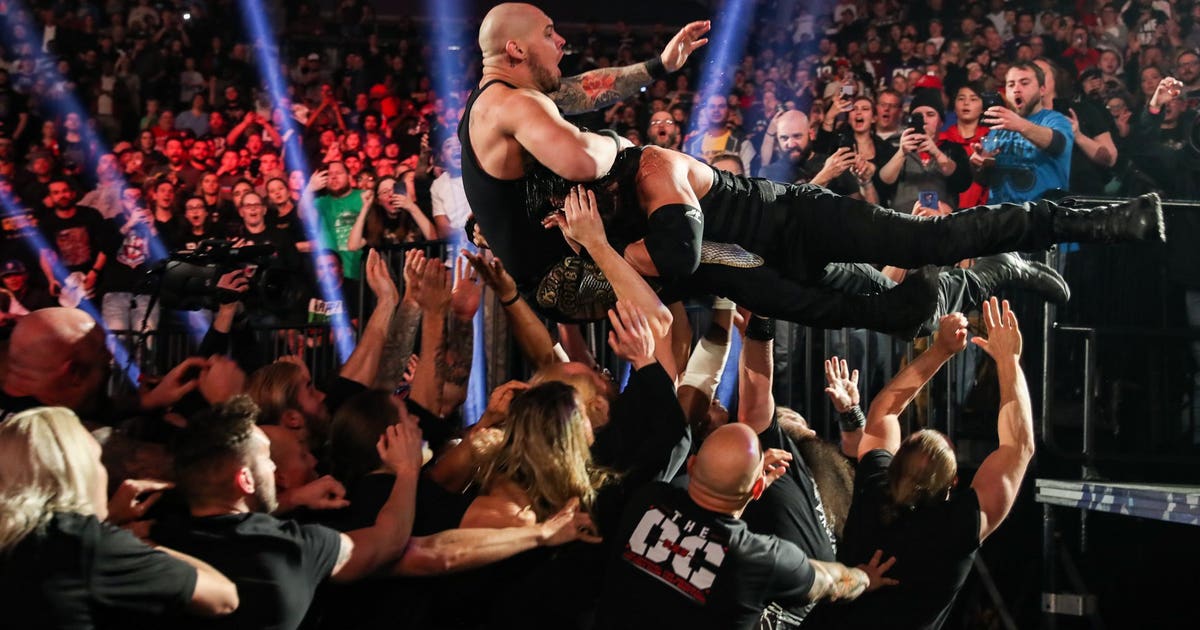 Immediately after WWE TLC’s main event, which saw WWE Women’s Tag Team Champions The Kabuki Warriors triumph over Raw Women’s Champion Becky Lynch and Charlotte Flair in a jaw-dropping Tables, Ladders & Chairs Match, several WWE Superstars spilled into the arena for the continuation of a wild brawl that started in the backstage area.

At the forefront of the chaos was Roman Reigns, who still wanted to get a piece of King Corbin after the 2019 King of the Ring defeated The Big Dog in controversial fashion during a Tables, Ladders & Chairs Match earlier that evening.

Reigns and Corbin traded wild haymakers as their fight spilled into the WWE Universe, and just before WWE TLC concluded, Reigns unloaded on Corbin with a massive Spear that sent both Superstars plummeting out of the stands and crashing onto the brawling Superstars on the arena floor.

Check back to WWE.com for updates as they become available.