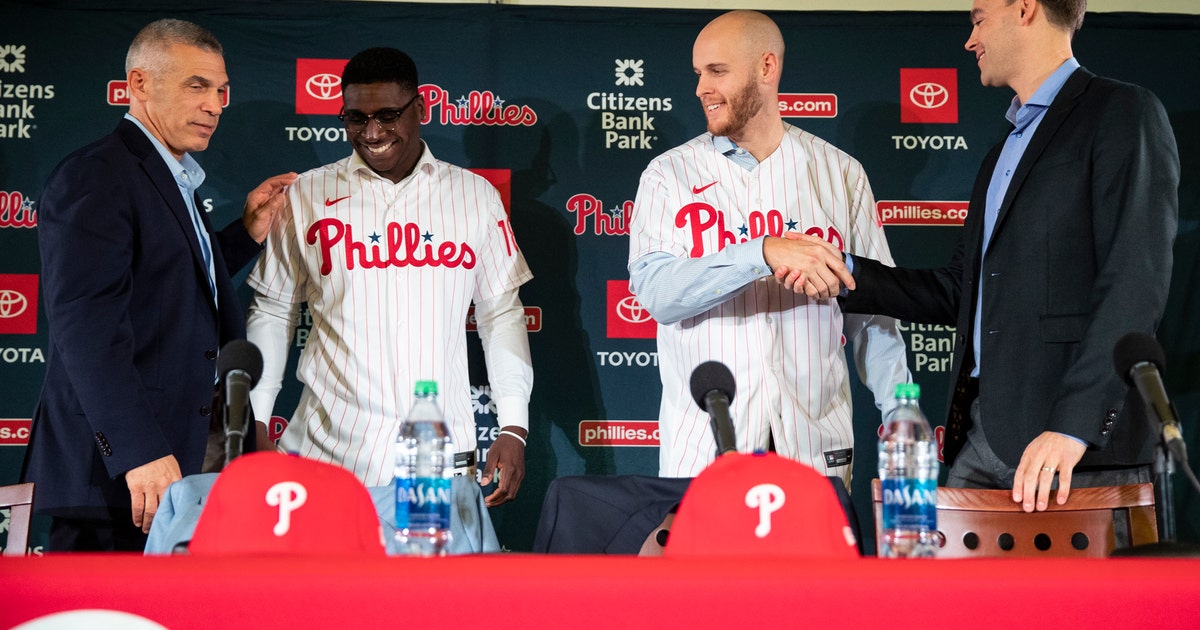 PHILADELPHIA (AP) — Didi Gregorius was struggling in his first season with the New York Yankees after replacing franchise icon Derek Jeter when manager Joe Girardi assured him he would be the starting shortstop despite a bad slump.

“It was really strong for me,” Gregorius said Monday after Girardi helped him put on a No. 18 Philadelphia Phillies jersey for the first time. “That’s one thing you always want to hear from your manager, that he wants you to play every day.”

Gregorius agreed to a $14 million, one-year contract with the Phillies last week, reuniting with Girardi, who enters his first season as Philadelphia’s manager.

Gregorius says Girardi is more of a mentor than a coach. Girardi joked that general manager Matt Klentak didn’t want him talking to Gregorius during contract negotiations because his price would’ve kept going up.

“Didi knows how I feel about him and how much I’d love to have him,” Girardi said.

Right-hander Zack Wheeler also was introduced along with Gregorius. Wheeler agreed to a five-year contract worth $118 million, leaving the NL East rival New York Mets. He turned down more money from the Chicago White Sox to join the Phillies. Wheeler’s stuff has been compared to that of Gerrit Cole, who has a pending $324 million, nine-year deal with the Yankees.

“That’s where I want to get to,” Wheeler said. “I think I’m capable of it, and I think it’s just figuring out a couple things like he did. He always had it, but he just finally figured it out and just took that next step and hasn’t let up since.”

Gregorius returned to the Yankees lineup on June 7 after Tommy John surgery on Oct. 17, 2018, to repair a torn elbow ligament.

“I didn’t have a really good year,” Gregorius said. “So, just take it one year at a time. We’ll just go from there. We’ll see what happens in the next couple of years. Everybody was saying that I wasn’t ready or I wasn’t prepared to play when I came back. But I still went out there and pushed. I wasn’t at my best. But I still pushed. I gave my manager all I could.”

“I don’t go up to the plate and say, ‘I’m a home run hitter. I have to hit home runs.’ That’s not me,” Gregorius said. “I just try to hit the ball wherever it’s pitched. If I’m pitched inside most of the time, then I pull it. If I’m pitched away, then I have to go the other way. It’s just a learning process for me.”

Wheeler gives the Phillies another front-line starter to team with ace Aaron Nola. Veteran Jake Arrieta will make $20 million in 2020 so he’s guaranteed a spot, if healthy. Zach Eflin, Vince Velasquez and Nick Pivetta will compete for the final two spots. But Klentak wouldn’t rule out adding another starter before spring training.

The Phillies are close to the $208 million luxury tax threshold and hesitant to go above.

“The official stance is we continue to be opportunistic about it,” Klentak said. ”That’s what our owners have asked us to do since the day I got here. How that manifests itself, I don’t know. But we’re going to continue to explore opportunities and see what’s out there and take it day by day.”