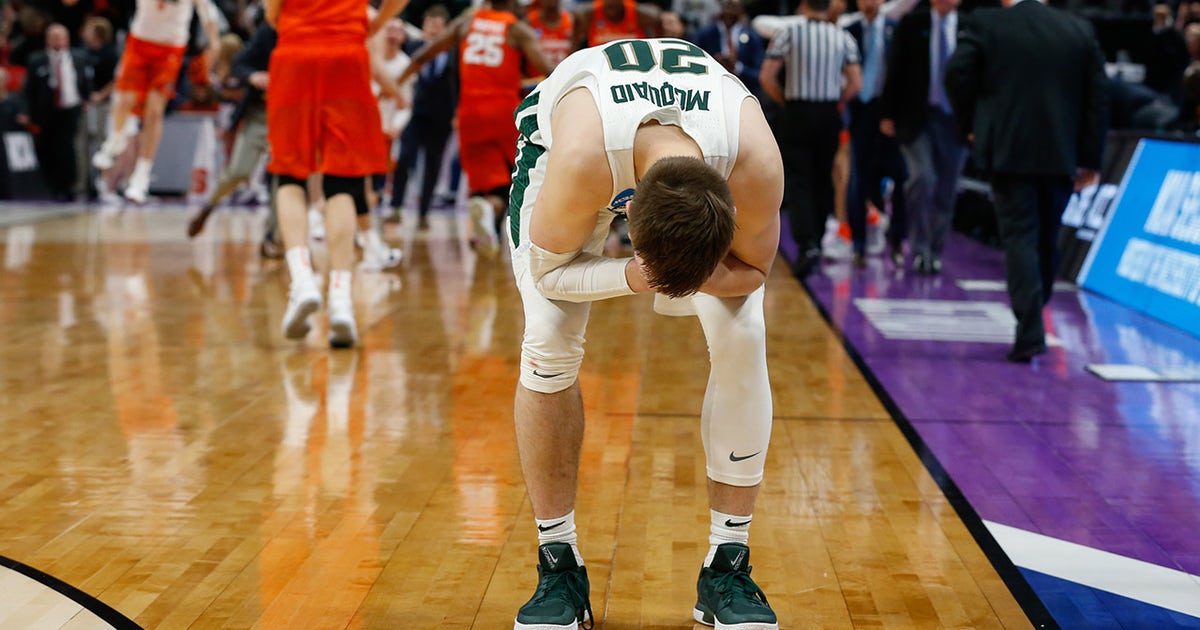 College basketball doesn’t always get the attention it deserves at this time of year, squashed behind the overwhelming effect that the juggernauts of late-season NFL and early-season NBA have on the sports landscape.

If you’re the kind of fan that only really starts to awaken your college hoops awareness when March rolls around and the madness begins to take hold, it might be time for a change of heart.

This season, the mayhem has come much earlier than March, with a swath of drama gripping the sport in its first few weeks. All the things we love about the NCAA tournament have already taken hold, long before a single bracket has been printed.

Kansas rose to the top of the AP Poll on Monday — which, depending on how deep superstition runs in Lawrence, is either a cause for celebration or a reason to duck under the blankets, fearful of what comes next.

The top spot in the nation has been the curse of all curses ever since the season began, which is why the Jayhawks are the fifth team to hold that position already, all before Santa has loaded up the sleigh and fed the reindeer organic protein bars ahead of their grand annual worldwide tour. But what does all this chaos in the rankings mean?

Beard did everything right as his team took down then-No. 1 Louisville, and his quote was spot on: it has been a great season. It hasn’t been a season of greatness, or dominance; not a great season for historical blue bloods and oddsmakers seeking predictability.

UNC dropped out of the AP Top 25 for the first time in 106 weeks, giving @DukeMBB the second-longest active streak.

But it has been a great season for entertainment, for those who love a stirring storyline and to approach a game not knowing what bizarre magic might unfurl over the course of 40 minutes.

Kansas is next in the spotlight, and while there is no reason to feel sorry for a team that has won every game since losing to Duke in the opener on Nov. 5, the target is now affixed firmly to their backs.

What a target it has become, that No. 1 position. Never before in college basketball history have four top-ranked teams gone down before the end of the year, and some of the upsets have been true blockbusters with extra fancy gift wrapping.

Last week, we profiled the heartwarming story of Stephen F. Austin senior Nathan Bain, who not only sunk Duke with a coast-to-coast buzzer beater but then used the platform to help raise much needed funds for hurricane victims in the Bahamas.

After Duke fell, Evansville came to Rupp Arena and stunned Kentucky, a shocker truly unthinkable by any conceivable metric or historical statistic, and one deemed so unlikely that the Wildcats had paid their opponent $90,000 to set up the game with the purpose of padding their schedule with an easy W.

No. 1 has had the opposite of the Midas touch this year. Even getting close to it provides peril, apparently. An unranked underdog has beaten a top five opponent six times. Ohio State was probably about to get to the summit this week, but lost on the road to Minnesota. Michigan State was the preseason No.1, but has lost three times since the schedule tipped off.

Spartans head coach Tom Izzo doesn’t like losing, but it becomes a little easier to swallow when everyone else is doing it too.

When MLive.com asked Izzo about the all-time record of seven different teams holding the No. 1 spot in one season, he replied, “I do think seven will get blown out of the water. I really do. Everybody’s got question marks. Everybody’s got things to try to deal with. And I don’t think any of us know where anybody is right now.”

Because of the number of upsets and the gravity of them, the vanquished teams haven’t suffered too much, either in the rankings or in public perception of their title-winning capabilities. Duke are now back up to third spot in the AP Poll. FOX Bet currently has Louisville as the favorites to win the NCAA Championship, at +850. Behind them are Duke and Maryland at +1100, Kansas at +1300, and Ohio State and Michigan State at +1400.

It’s all too entertaining to worry too much about the reasons why this much tumult is happening, but Sports Illustrated took a crack at the conundrum, largely attributing it to a dip in offensive output in college hoops.

It all leaves things wide open for crunch time, with no clear runaway favorite and frankly no real idea of what the top seeds could look like once bracketology starts to enter our vocabulary once more.

“Moral of the first month,” wrote Mike Lopresti on NCAA.com. “Lots of teams out there could be No. 1. Or maybe no one is.”

You’ve seen the AP Poll, but this is how @GottliebShow thinks the Top 10 should look at this point in the season ?