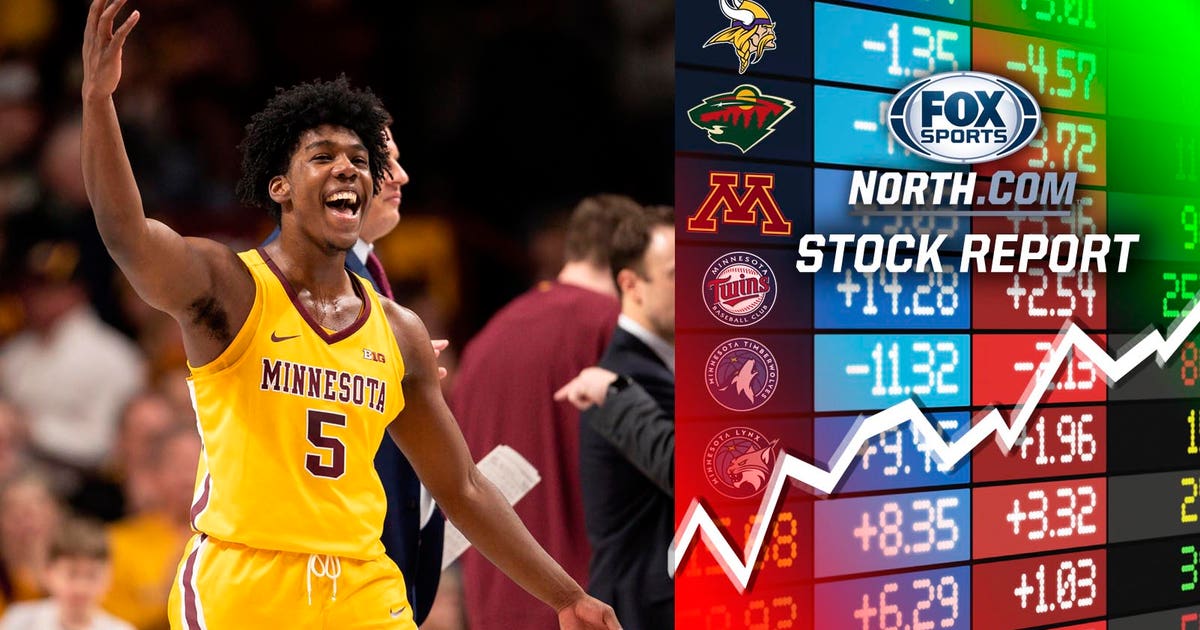 It’s still extremely early in the season to even mention the NCAA tournament, but any hopes of a return to the big dance for Richard Pitino’s squad — sans Amir Coffey and Jordan Murphy — seemed dashed after a deflating 20-point loss to Iowa last week. But the feeling around the program changed with one game. Carr scored a career-high 35 points and Daniel Oturu posted another double-double as the Gophers defeated third-ranked Ohio State 84-71 at Williams Arena. It was the program’s first win over a top-five opponent since 2013. Carr, who was forced to sit out last season due to transfer rules, shot 12-of-17 and also tallied seven assists against Ohio State, one game after going 1 for 10 from the field and scoring two points vs. Iowa.

The hot stove has been lukewarm in Minnesota. While other clubs around the Twins are getting better and the top pitchers on the market are signing deals — most recently Madison Bumgarner to Arizona — the Twins brass doesn’t have a splashy move to their name yet this offseason. Yes, it’s mid-December. And yes, there are opportunities still out there (see Ryu, Hyun-Jin). But Minnesota’s offense is arguably the best in franchise history, and it deserves a talented pitching staff to back it up.

Over the first seven games of the season, the Wild struggled to get anything going offensively and went 1-6. Staal posted a minus-10 +/- in those contests and registered just one point. Once Staal found his footing, the Wild followed suit. Staal is now red hot, tallying at least one point in six of his last seven games. He reached a big career milestone Sunday night by scoring a goal against Chicago for his 1,000th career point, becoming the 89th NHL player to achieve the feat.

During Minnesota’s seven-game losing streak, the Wolves have allowed 120+ points in six consecutive games. On the season, the Timberwolves rank 23rd with a 111.4 defensive rating. But in their last six games they are the NBA’s worst defense with a 126.1 defensive rating.

After beginning the year with a 77-69 loss to now 20th-ranked Missouri State, the Gophers women’s basketball team has rattled off nine straight wins. Junior guard Destiny Pitts has been Minnesota’s best offensive player, shooting 44.8% from downtown and logging 15.6 points per contest. Meanwhile, 6-foot-2 forward Taiye Bello is averaging a double-double with 14.2 points and 10.2 rebounds in 28.7 minutes. Two other Gophers – redshirt junior Gadiva Hubbard and former Stillwater High School star Sara Scalia are also double-digit scorers for the maroon and gold. Minnesota has one more nonconference game Saturday against Lehigh before the Big Ten schedule heats up.

Cook’s nagging shoulder injury might force him to sit out the final two weeks of the season. The star running back left Minnesota’s 39-10 victory in the third quarter after falling down awkwardly on the dinged up shoulder, so the Vikings will likely be better off resting Cook and saving him for their all-but-clinched postseason appearance. Which means …

With rookie Alexander Mattison on the shelf and Cook out of the game, Boone took over as the primary rusher late in Sunday’s win. Boone rushed 13 times for 56 yards and two scores — the first two of his young career. The 24-year-old will likely be trusted with carrying the load of the Vikings’ ground game for the final two games while Cook and Mattison rehab their injuries.