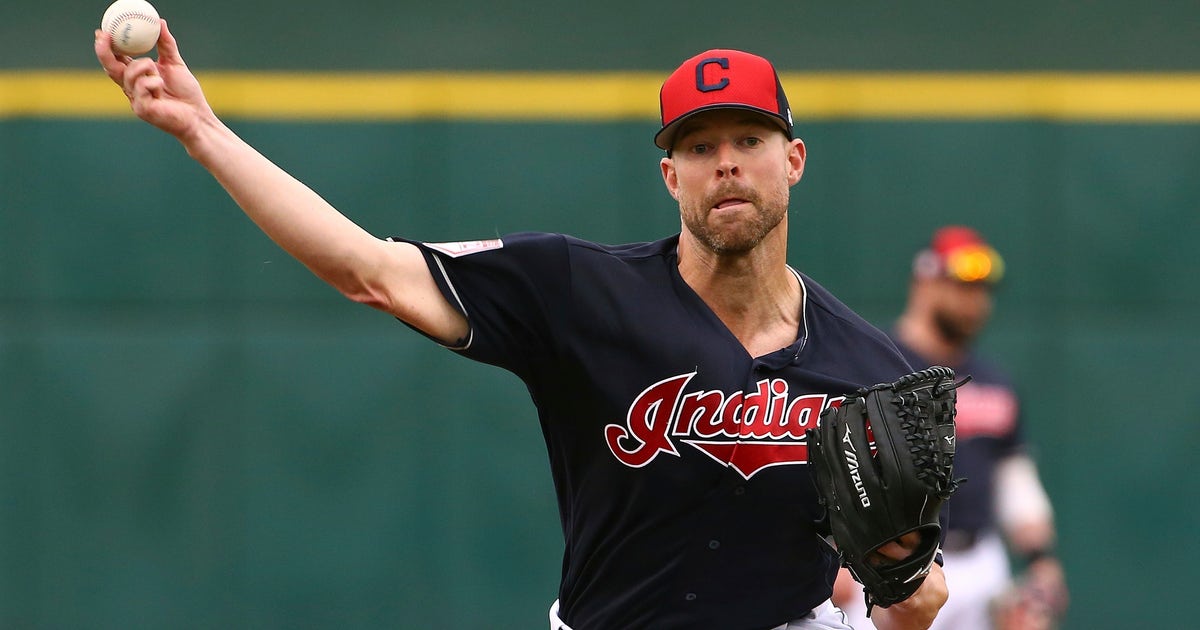 DALLAS (AP) — Corey Kluber is returning to Texas to pitch for the Rangers.

The two-time Cy Young Award winner will leave it to others to say whether his hometown team has its next ace.

“I think having a starting pitcher you can rely on every fifth day to give your team a chance to win, keep you in the ballgame, I think that stuff carries just as much weight,” Kluber said Tuesday, two days after the Rangers acquired him in a trade with Cleveland that sent outfielder Delino DeShields and reliever Emmanuel Clase to the Indians.

“As far as expecting myself to be a No. 1 starter, I feel like if you do that stuff in between starts and you prepare yourself and you do the things I talked about, I think that stuff just kind of falls in line. But that’s not what I set out to do.”

Kluber missed most of last season after breaking his right forearm when he was struck by a line drive during a start at Miami. The 33-year-old came close to returning to the Indians’ rotation but injured an oblique during a minor league rehab appearance that ended his comeback.

Rangers general manager Jon Daniels characterized it as a blessing in disguise after Kluber pitched at least 200 innings in five straight seasons, capped by three consecutive trips to the playoffs from 2016-18 for the right-hander.

“It was a very trying season for me,” Kluber said. “Looking back on it now, the way I feel now, I guess I kind of buy into that, that it was probably not the worst thing in the world for me as far as the future goes.”

Kluber blossomed into one of baseball’s best pitchers starting with his first Cy Young season in 2014, when he went 18-9. The second came three years later, with an 18-4 record and AL-leading 2.25 ERA. Kluber was a 20-game winner the year before his injury-shortened season.

While Kluber is joining the team he grew up watching, it won’t be in the same ballpark.

The Rangers are moving into Globe Life Field, a $1.2 billion retractable-roof stadium across the street from Globe Life Park. Texas’ home for 26 seasons also was where Kluber watched the Rangers when he was a high schooler in the Dallas suburb of Coppell, and where he pitched three times for the Indians.

“I think it’s excitement in the sense that it’s new,” said Kluber, whose career record is 98-58 with a 3.16 ERA. “It’s a place you’ve never been before, things like that. Once it gets down to it and you’re pitching, you’re in the games, I don’t take that into account much.”

Texas moves into the new ballpark coming off three straight losing seasons, the club’s longest sub-.500 stretch in 16 years. But expectations are climbing with a rotation led by Kluber, Minor and Lynn and an offense hoping for a full season from young slugger Joey Gallo.

The Indians picked up Kluber’s $17.5 million contract option for 2020 immediately after last season. Because Kluber was dealt, his $18 million club option for 2021 would become guaranteed if he pitches 160 innings this season.

Kluber said he’s ahead of schedule with his throwing program simply because he missed so much of last season and wanted to start his regular throwing earlier. He’s been on that plan for about a month and a half.

“I feel really good,” Kluber said. “I’m excited about where I am physically right now.”