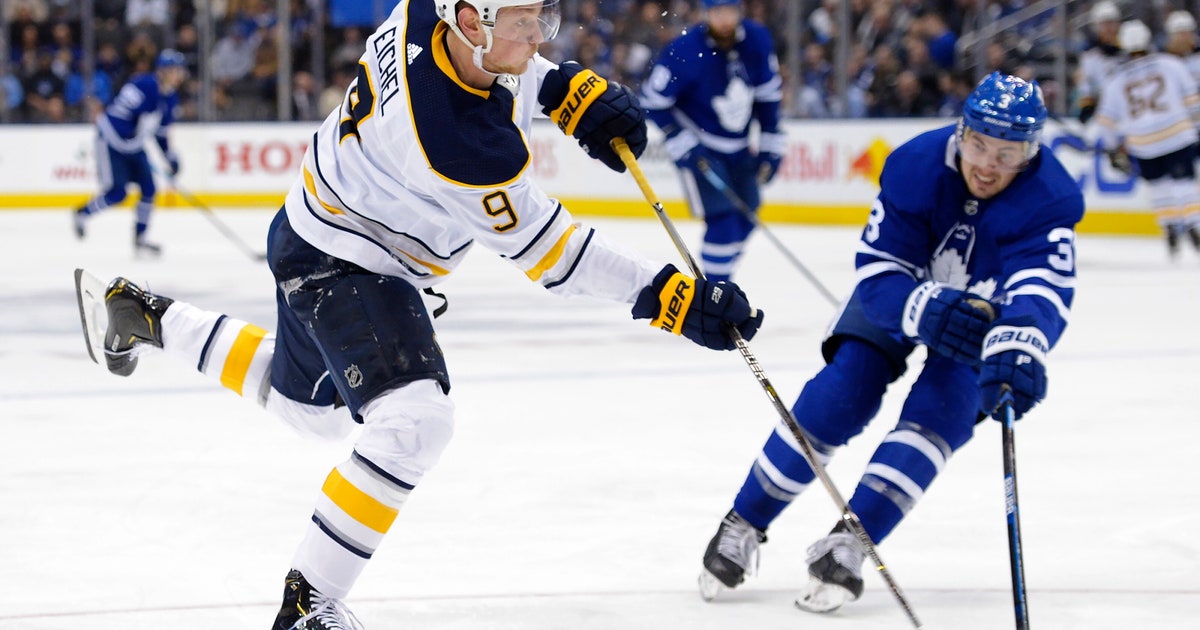 Frederik Gauthier had a goal and an assist, and Dmytro Timashov and Ilya Mikheyev also scored for Toronto (17-14-4), which got 27 saves from Frederik Andersen. Tyson Barrie chipped in with two assists.

Matthews became the second player in franchise history to score at least 20 goals in each of his first four NHL seasons, joining Dave Keon, who did it in six straight from 1960-66.

Rasmus Dahlin and Jack Eichel had a goal and an assist each, and Kyle Okposo scored for Buffalo (16-12-7). Victor Olofsson added two assists, and Linus Ullmark stopped 28 shots for the Sabres.

Eichel extended his point streak to 17 games (16 goals, 15 assists) — the longest in the NHL this season.

Toronto led 1-0 after a dominant first period and went up 2-0 at 4:47 of the second when Matthews took a pass from Morgan Rielly off the rush and wired a shot under the crossbar for his 20th.

Olofsson, the league’s rookie scoring leader, came close to getting the Sabres back within one later in the period, but Andersen made a great glove save before also stopping the follow-up chance.

The Leafs stretched their lead to 3-0 with 2:21 left in the second when William Nylander found Matthews in the slot, and he stepped around Conor Sheary before roofing a backhand past Ullmark.

The Sabres made it 3-1 at 1:29 of the third when Dahlin scored his second on a power-play point shot through traffic that fooled Andersen.

Timashov restored the three-goal lead at 4:58 when he scored his third on a backhand between Ullmark’s pads following a breakaway feed from Barrie.

Eichel beat Andersen for his 24th just 92 seconds later before Okposo scored his fourth to make it 4-3 with 5:19 left in regulation, after the Toronto goalie couldn’t find a loose puck after making the initial save on Sheary.

Buffalo got a power play with under five minutes left, but Mikheyev scored his sixth shorthanded into an empty net with 2:34 remaining after Marcus Johansson turned the puck over with Ullmark on the bench.

Toronto opened the scoring at 2:30 of the first when Gauthier pounced on a loose puck off the rush to snap home his fourth, and second in as many games, after sitting out four straight as a healthy scratch.

NOTES: Leafs F Mitch Marner extended his point streak to five games (three goals, five assists) on the first of the night from Matthews. … Toronto F Trevor Moore (shoulder) was expected to return after a 13-game absence but was injured in Monday’s practice. … Barrie dressed after taking a shot off his ankle Saturday.