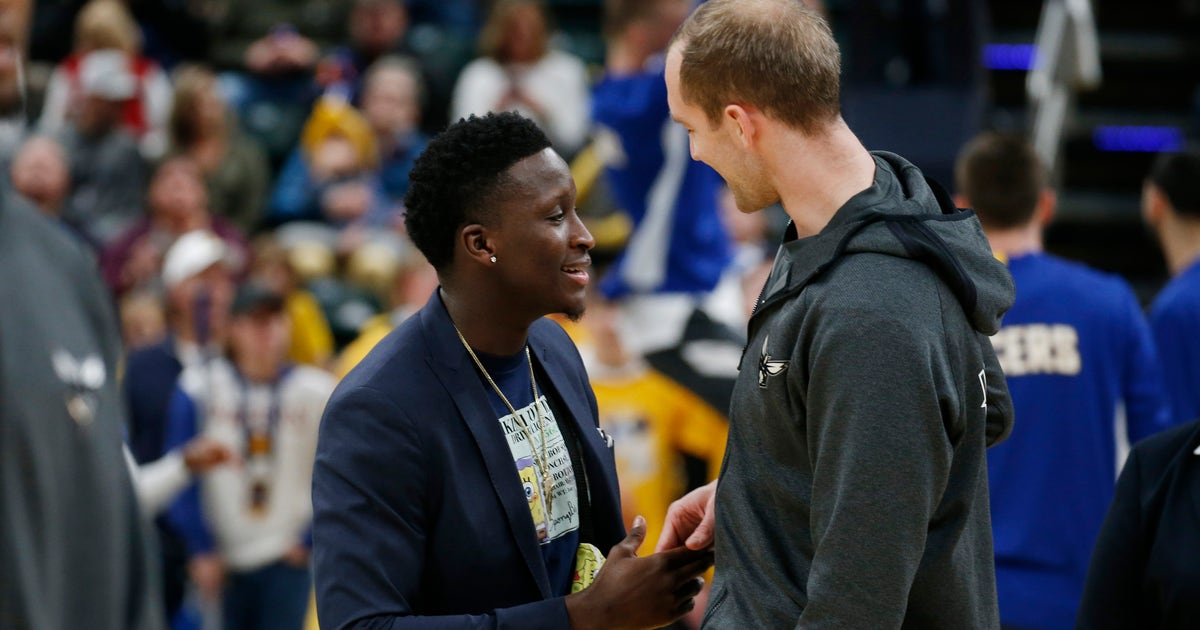 As he continues to progress toward a return to game action, Victor Oladipo is practicing with the Fort Wayne Mad Ants again. The Indiana Pacers have not had consecutive days off since November 19-22 and host the Los Angeles Lakers Tuesday night at Bankers Life Fieldhouse, so joining the club’s G League affiliate allows him to go through a more intense practice than he would have with the NBA team.

As expected, the Pacers also announced Tuesday that guard Edmond Sumner and forwards Alize Johnson and JaKarr Sampson have rejoined the team after playing in the Mad Ants’ 125-124 win over the Wisconsin Herd on Monday night. Sampson, who is working his way back into game shape after missing time with a sore back, scored a team-leading 24 points with 11 rebounds over 29 minutes. Johnson also posted a double-double, collecting 20 points and 13 rebounds over 38 minutes, while Sumner had 17 points, five rebounds and three assists in 27 minutes.